After having ridden the cable car all day yesterday, I feel like today is the first day of proper biking.

Started with the descend to Trient, followed by several ascents and descents, that I’ve lost track. What I can say is I’ve ridden (or pushed my bike) on all types of surfaces, but the main one was steep gnarly rocky rooty trail. And yes, I’ve pushed my bike up and down a lot. Not only because of the technical trails, but also because of the hordes of tourists I’ve met. It’s incredible how crowded this trail is. 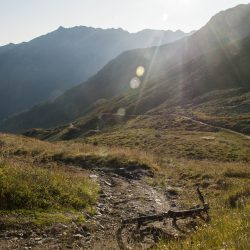 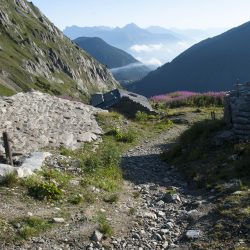 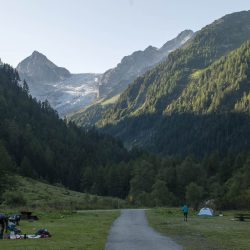 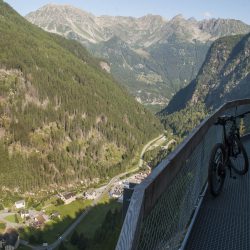 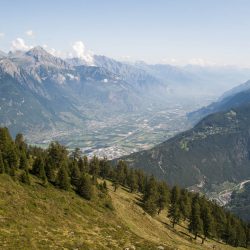 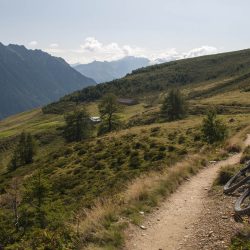 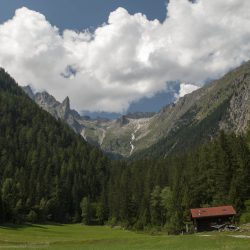 It was also sunny and hot. On the list of things you don’t know you like until you miss them I’m adding convenience stores. Every Romanian village has at least one. Meanwhile Swiss villages looked like lovely immaculate ghost towns. Deserted. Just picturesque houses and me baking in the sun.

I must admit I didn’t do a lot of planning in terms of the track to follow. I had the tracks from Vertical Riding Romania and pretty much relied on them. So when they veered off the TMB trail and went along a dirt road, I followed (km 37 on my track below). When that road dissapeared into a rocky riverbed, I honestly thought there was a reasonable explanation. But after 1 km and 30 minutes of carrying my bike, jumping over boulders, scrambling up a hill, pushing through dense brush and finally emerging off the side of the road, I understood: double check any track you have from somebody else. People can get lost. Kinda lame to get lost following them.

Spent the night at Gîte Alpage de la Peule. Another high altitude (2100 m) shelter. But don’t imagine something primitive. They have a tractor, cow milking machines and a lot of milk processing equipment. And, surprise, all the work is done by a few families from Romania. They spend each summer working here, while the rest of the year they’re in Cluj. 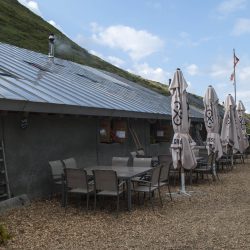 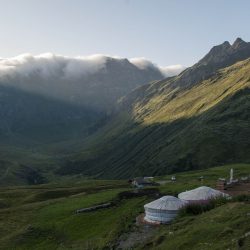 Dinner tonight – a bed of bread, topped with ham, fromage and some tomatoes, then baked in the oven. High fat high calorie meal. Just what I needed.

Met many TMB hikers here, but one of them was fishy. Dressed in trail running clothes and shoes, with a pair of good trail running poles, but also with a huge backpack. He said he’s doing the whole route in 3 days (I’m doing it on a bike in 5, while most hikers are doing it in 7-10 days). He also said his name is Cori Benoit and he’s a professional runner. He was checking out the route ahead of l’UTMB. He ended up on 30th place. 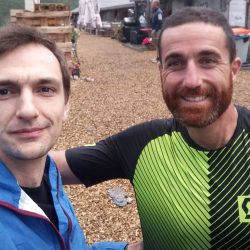 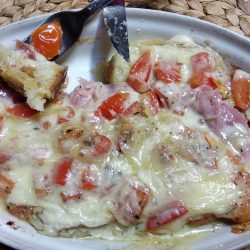