Yeah, I know it’s almost spring, but, as usual, I have some catching up to do. It was towards the end of October. Mostly sunny, mostly warm weather and a good opportunity to enjoy fall forest colors. Saturday morning we arrived by train to Buzau. The plan was to take another 20k train ride to Berca, but we noticed we would probably arrive there faster by bike, so we set off. From Berca we left the paved roads for some gravel. 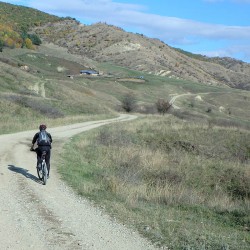 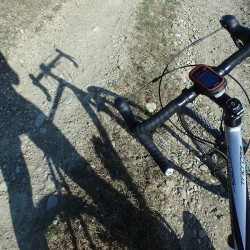 The roads were in pretty good condition, so (most of the time) I didn’t regret choosing the cyclocross bike with offroad tires over the mountain bike. We switched between gravel, tarmac (good and less good) and cobblestone (which was by far the worst comfort-wise given a bike with no front suspension). Stopped for photos at the mud volcanoes near Beciu. 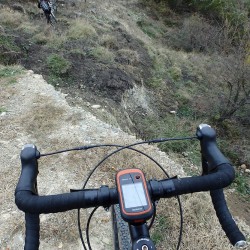 Some washed up road 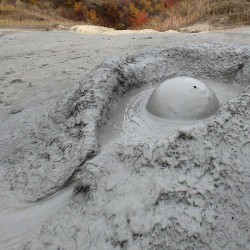 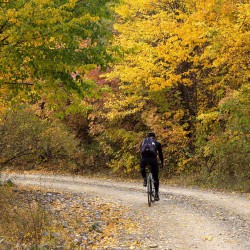 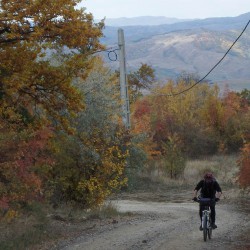 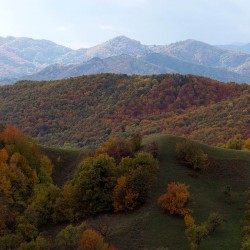 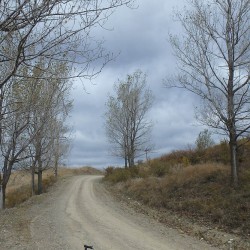 My compact camera decided to die (used to my DSLR’s long battery life, I didn’t charge it), so I will mostly rely on Alex‘s photos. I don’t know how Alex planned the route, but we passed through some pretty remote places and isolated villages, with a strong “back in time” atmosphere. 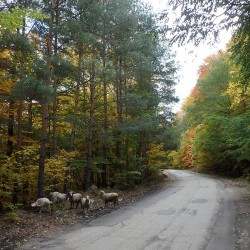 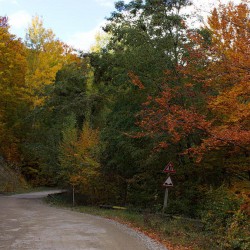 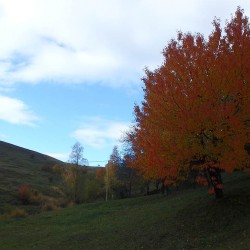 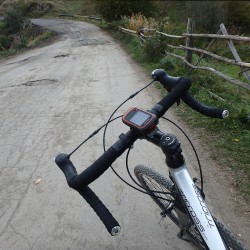 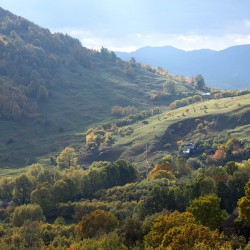 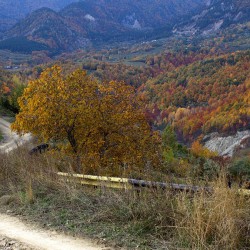 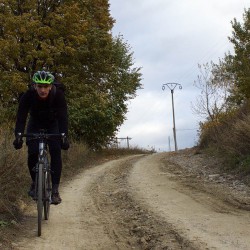 Stopped for the night at Pensiunea Meledic, up in a very peculiar area called Platoul Meledic. The guesthouse didn’t offer any food and there were no stores nearby. We came prepared with some cans and instant soup, but I remember we went through our food quite fast and would have enjoyed more. The guesthouse was pretty basic, but it was the best in the area (and the only).

The following morning we explored the area a little. Meledic Plateau is known for its sinkholes and caves. We did see a couple of sinkholes, but the nearby cave got recently covered up in mud and was thus forever gone. 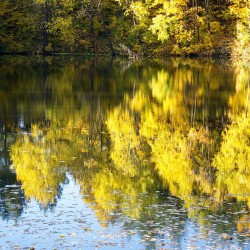 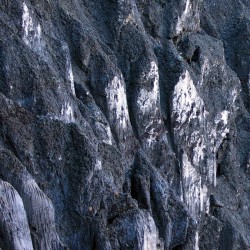 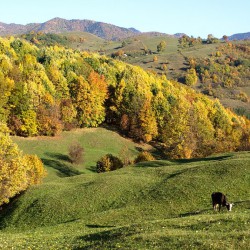 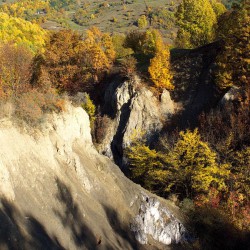 Descended to Lopatari – back to paved roads and convenience stores. We bought some food and also some useless stuff from the village fair. 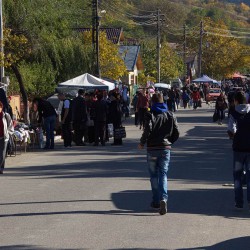 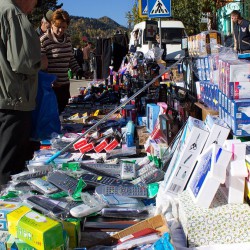 Today’s route was shorter, with only one big climb before descending to Nehoiu. It would have been easy if not for the utterly crappy road we took. Forest exploitation (very lucrative in the area) and recent rains have uttered the road unusable for petty bikes. Slowly but surely, we did make it to the top and we enjoyed a lot less mud on the other side. 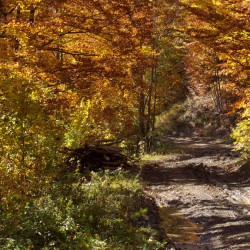 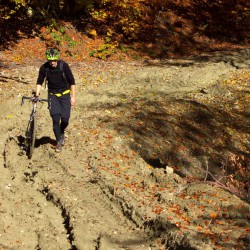 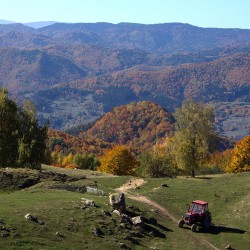 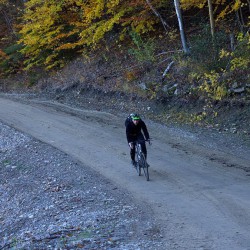 We arrived earlier than expected in Nehoiu. Took the TFC train to Buzau and, after a short stop and a 5 RON “burger”, to Bucharest, thus concluding the 2015 mountain biking season.