We were in Alba Iulia – 2000 year old city, capital of the ancient Roman province of Dacia and the place where, in 1918, modern Romania was formed. I read a few month ago that the citadel here (I love citadels) has been restored, so I looked forward to seeing it.

We passed through the gates a little before 9. We seemed to be among the first tourists of the day, the other people going into the citadel looked like employees. We waited a little for the ticketing office to open, bought some tickets and went on exploring the fortifications. They looked really good (brand new!), with cannons, a dungeon, stables and gallows, like every serious citadel. Unlike other citadels, in the space where the moat and crocodiles should have been, we saw caffees, restaurants and bike rental shops. 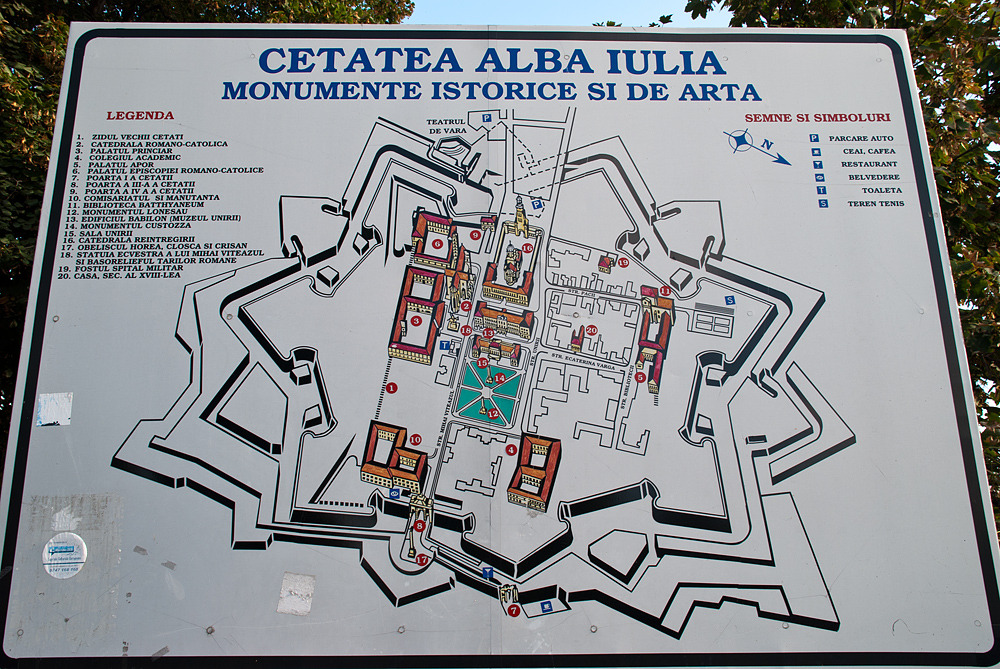 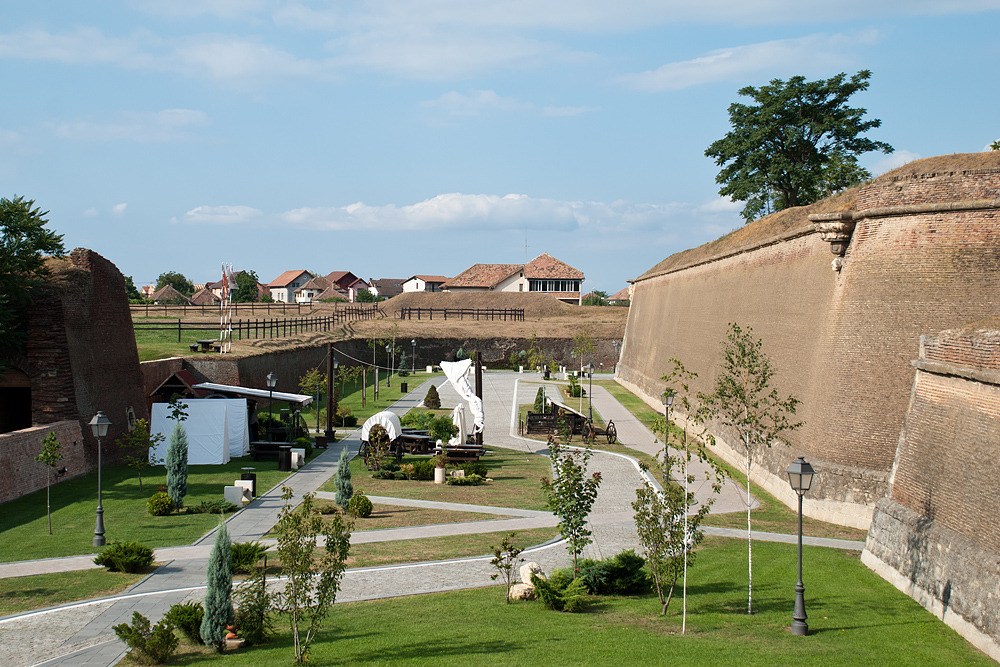 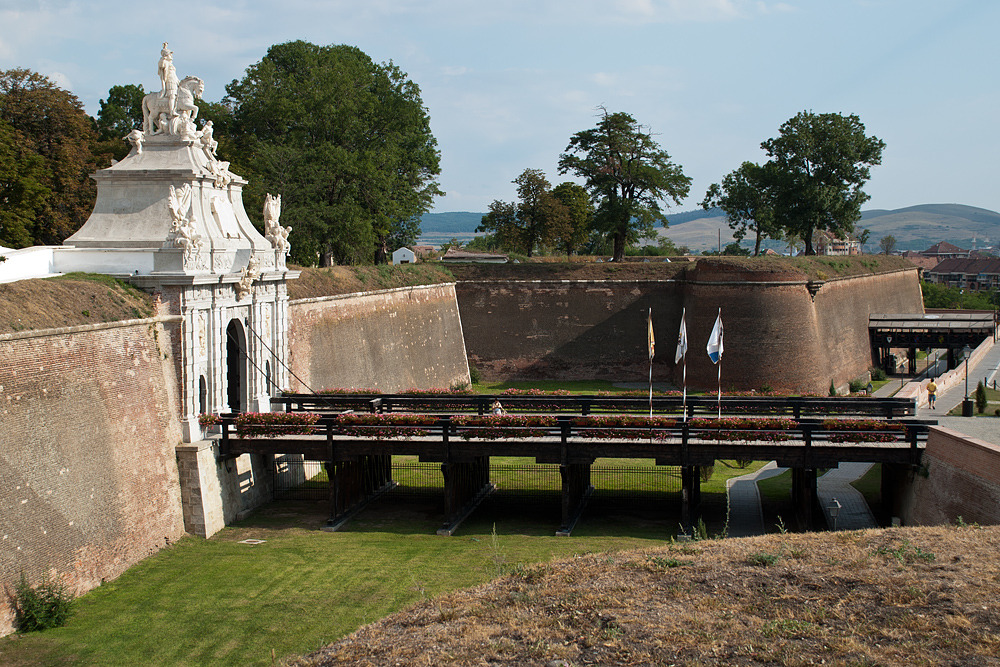 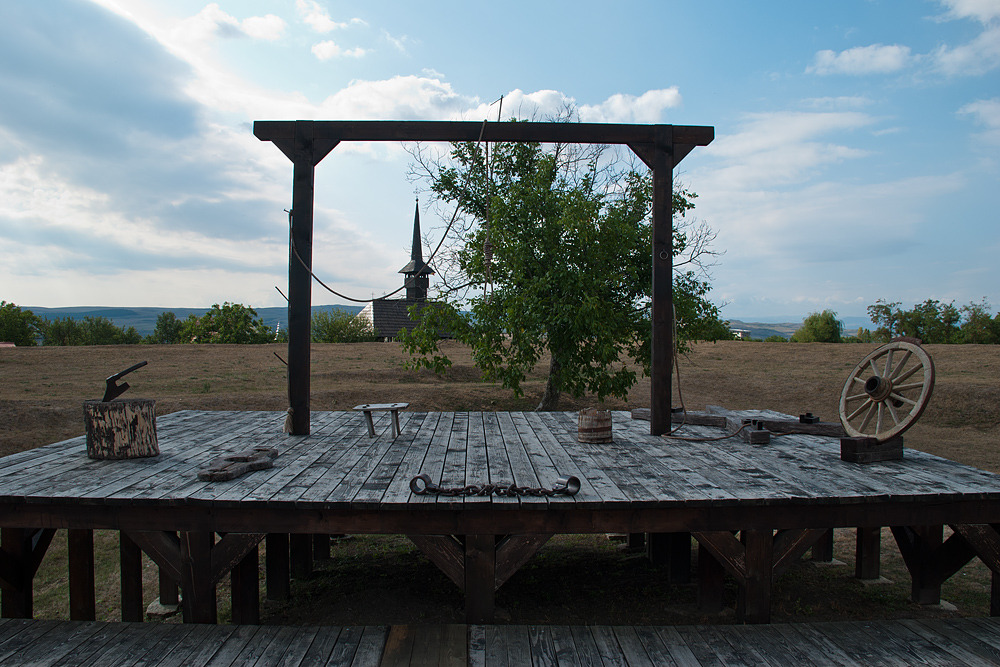 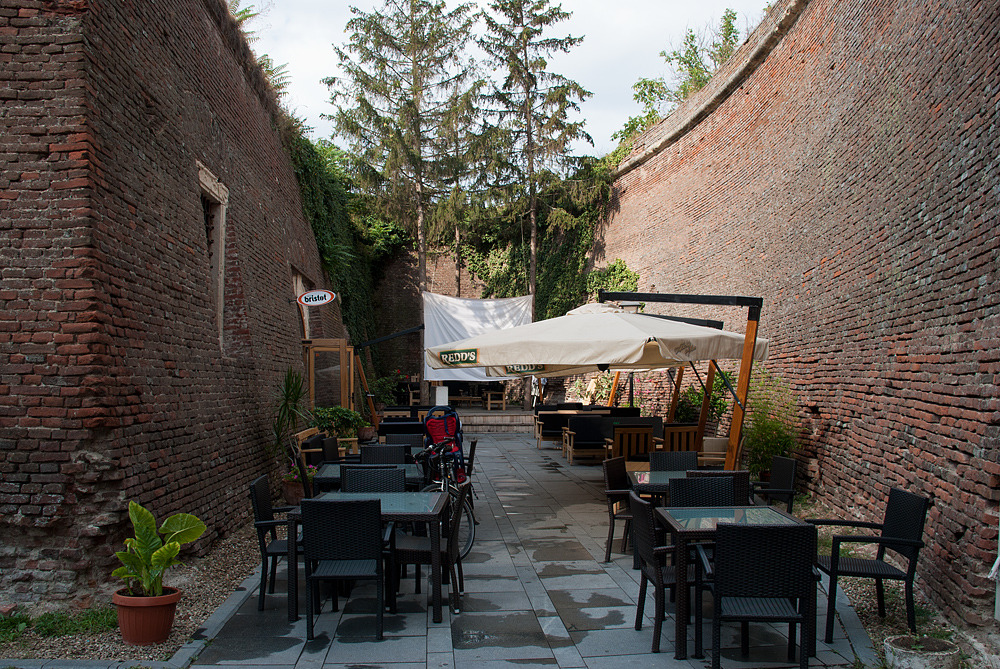 Inside the citadel there were some historical buildings, a couple of cathedrals and a five star hotel. Paying 100 EUR per night per double room, in a five star hotel, in a citadel, in Transilvania, seems pretty good to me. 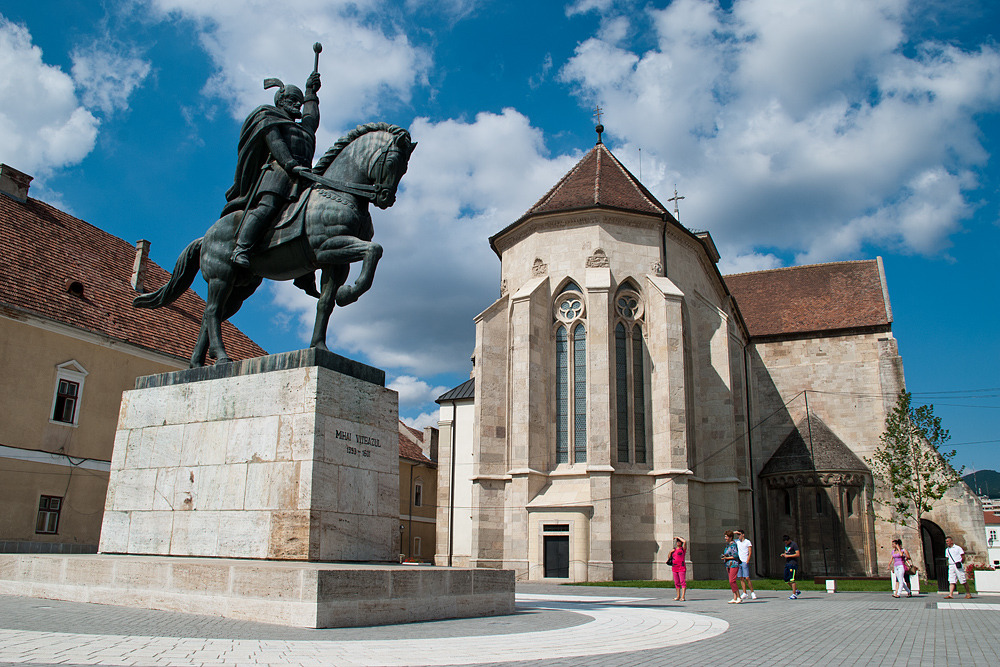 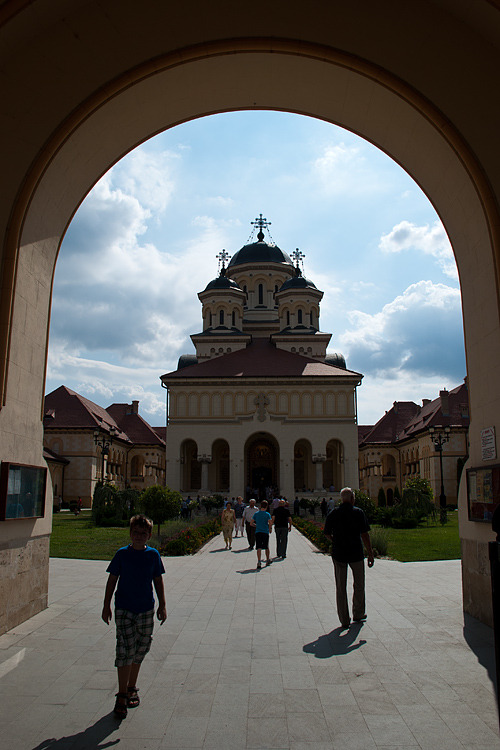 At noon, the changing of the guards took place. There weren’t a lot of guards, but I don’t expect they can afford a lot of people just for this ceremony. Besides that, they had good looking suits, fierce horses and also a marching band, so I give it thumbs up. 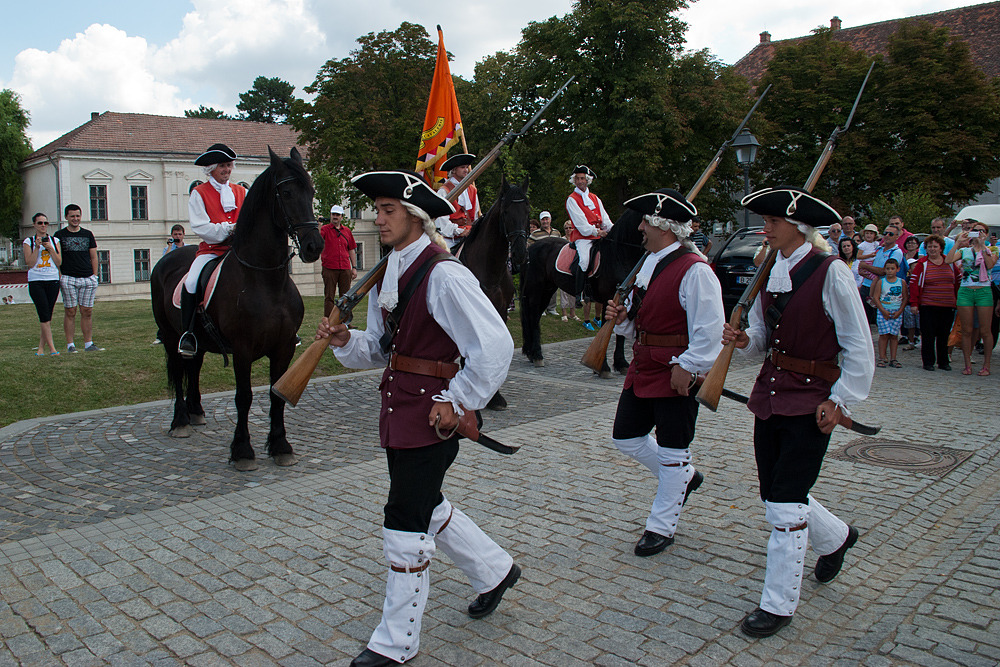 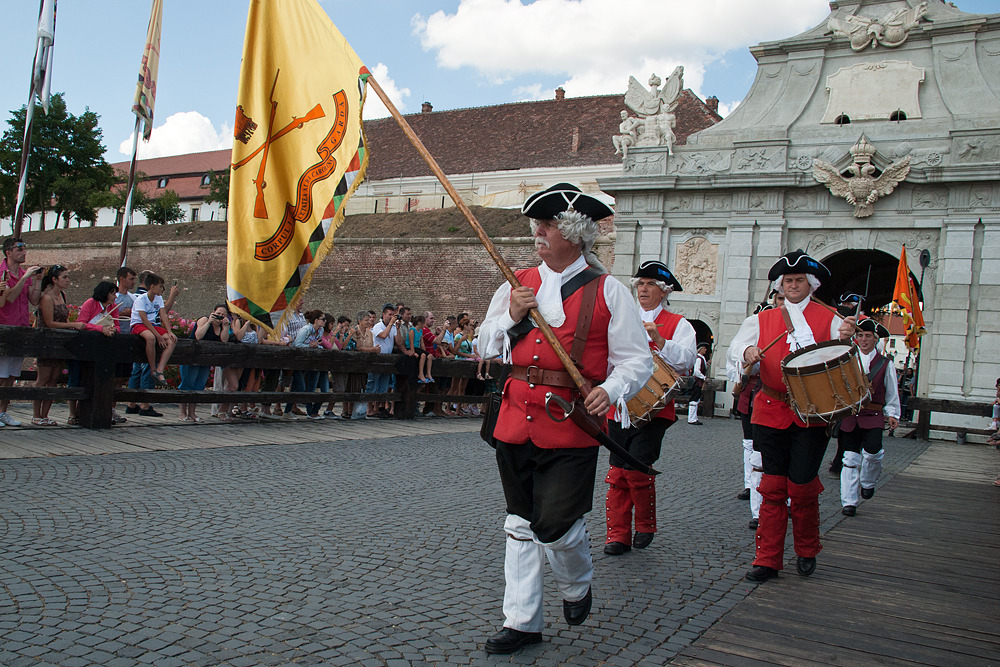 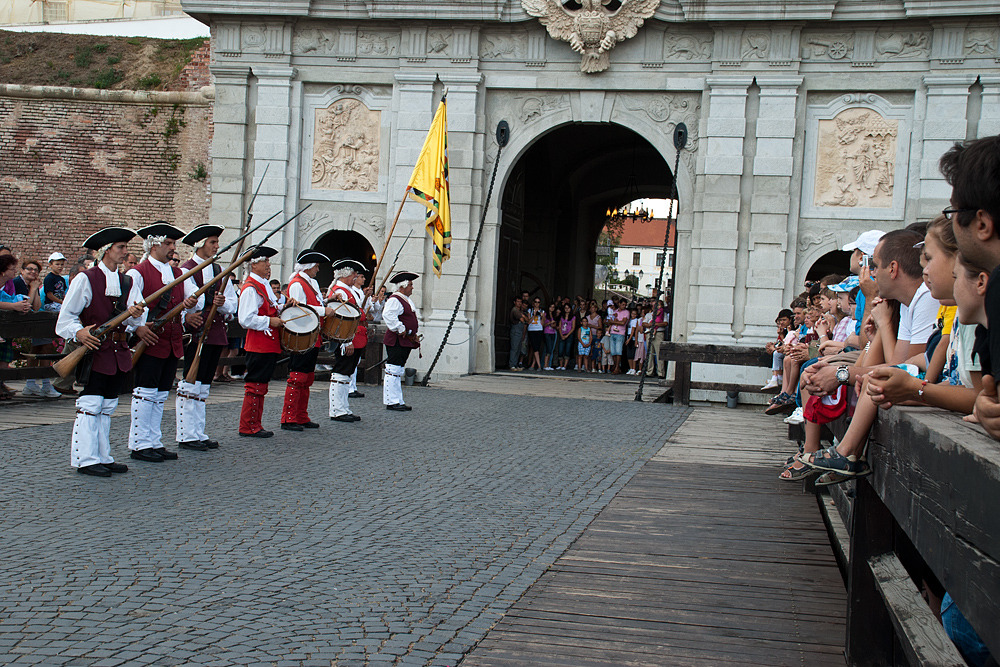 We left Alba Iulia and stopped at Calnic, where one of the fortified churches (UNESCO World Heritage Site) is located. The citadel looked pretty good for something not restored, but seeing it right after Alba Iulia made it look pretty “meh”. So remember, see Calnic first, then Alba Iulia. The rest of the day was spent mostly on the road. We were on a tight schedule, so we sped past Fagaras (didn’t see the citadel there), Sibiu (lovely city, we’ve seen it before, but it deserves another visit sometime) and Brasov (saw it last year.. twice). We stopped in Intorsura Buzaului, for a lovely dinner with my godparents, then we crossed the Carpathians and stopped at my grandparents, in Sangeru, ending one helluva trip. 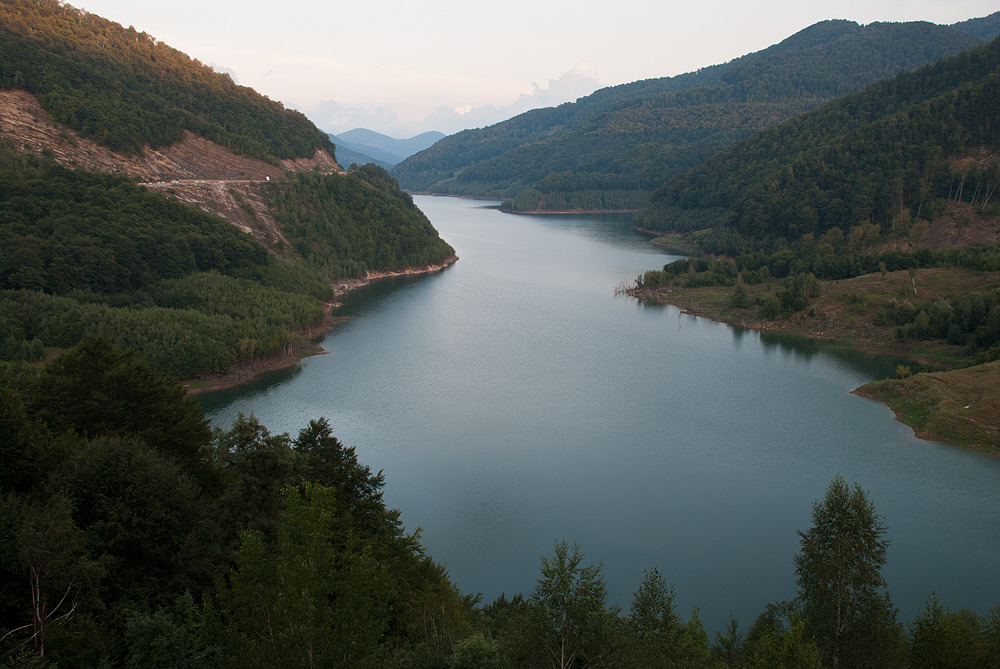