Left for Lake Tahoe Friday evening. I had no plans and no reservations. Instead, I had my sleeping bag, some dehydrated food and a bunch of GPX tracks.

Got there with the help of Chet, whom I’ve met on a carpooling website. And it seems he had some free spaces in the cabin he rented in King’s Beach, on the northern side of Lake Tahoe. Accommodation issue solved! He told me about his plans for the weekend. He and his friends were going on a River Prom – rafting while dressed in suits or evening dresses. Crazy? Well, next month they’re doing Stand Up Paddle Boat Pub Crawl. The name says it all. 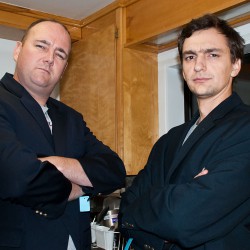 Chet in his River Prom suit 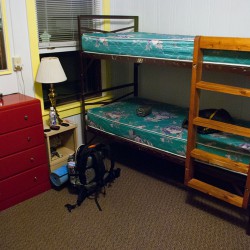 Left Saturday morning for the mountains. My first climb was towards one of the most famous trails in the US – Flume Trail. My second officially-approved-by-IMBA-as-epic ride. The trail is indeed awesome – a singletrack going along the side of the moutain, with great views over the lake, 400m down. There’s just one issue – it’s kinda crowded. Not very crowded, but still crowded enough that it stops becoming fun. 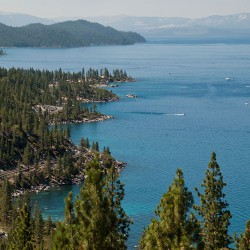 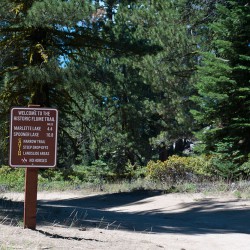 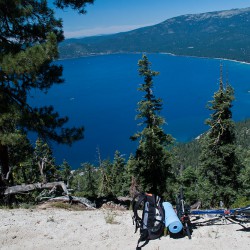 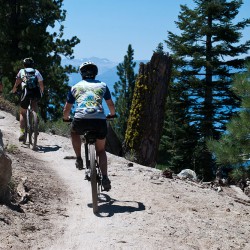 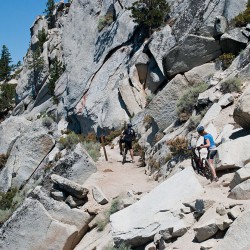 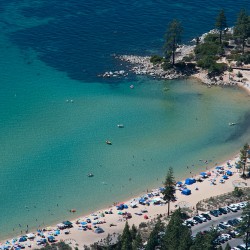 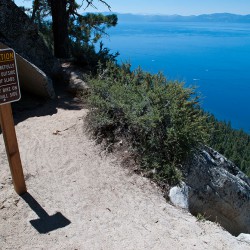 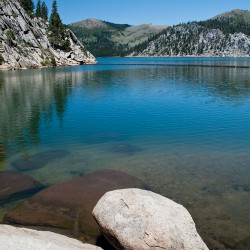 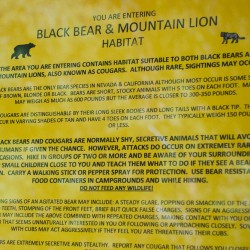 After the trail, I biked past a couple of lakes (Marlette and Spooner). Marlette was particularly beautiful and it looked like an awesome place to camp for the night. Only problem – camping was not allowed there. Well… if I can’t camp here, then I’ll go down to Lake Tahoe’s beaches and camp there. Went down the mountain and started searching for a nice beach. After a couple of beaches that close at sunset, I found a campground by the lake. It was full. And.. outside campgrounds (which were full), you’re not allowed to camp anywhere near the lake.

Damn… so where can I stay? First option – go back up the mountain and go on the Rim Trail, where back country camping is allowed (but where there is no water). Second option – from a guy that knew that area well – go behind the Safeway store nearby after sunset, jump a fence, go up a trail and hide there in the bushes… Hmm.. no. Third option, ride back 40km to Chet’s cabin. A shower and a proper bed were too tempting, so I went for this. 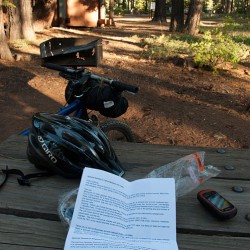 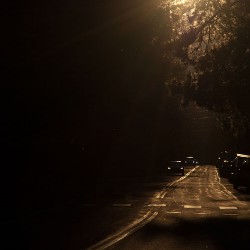 
Sunday was for chilling. Sun, (crazy hot) sand and water. On our way back to San Francisco we stopped in the Wild West town of Truckee. Loved the look of the houses. Too bad the cars were spoiling the image. 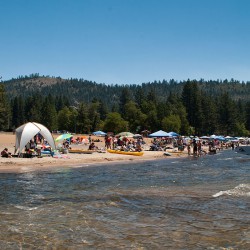 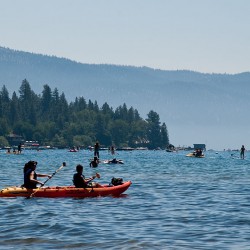 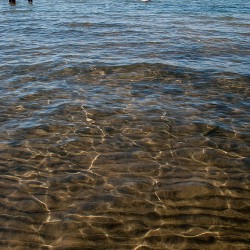 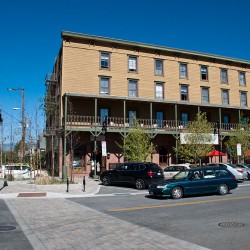