I’d never have guessed that Bangkok offers such experiences. We found the itinerary on the Tripadvisor Bangkok Android app. It’s a bike trip through the Prapadaeng district, an area with a strict urban plan (no tall buildings allowed), where people live a simple life, in a deep connection with their environment.

We took a bus, but got off at a wrong stop. We couldn’t communicate with the ticket person on the bus, so she eventually let us travel for free. We then walked for another kilometer, eventually noticing that we were still on the bus’s route. Did I mention it was sunny, hot and humid?

From a small hidden harbour (thank god for GPS), we took a boat to the other side of the river. 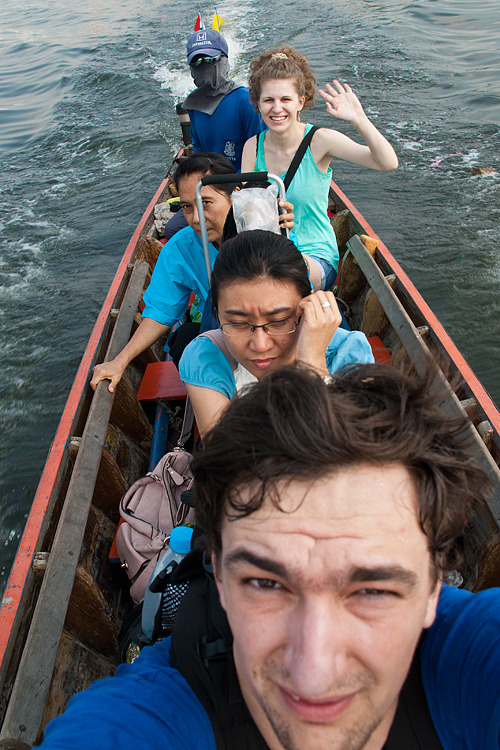 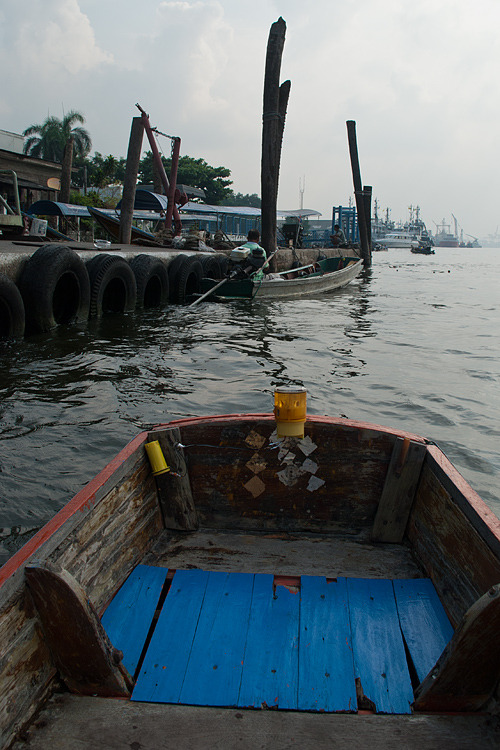 The landscape dramatically changed.The concrete jungle switched to a real one. We rented a couple of bikes. For just 100 bahts, I got the crappiest bike I’ve ever ridden (until Ayutthaya, two days later). 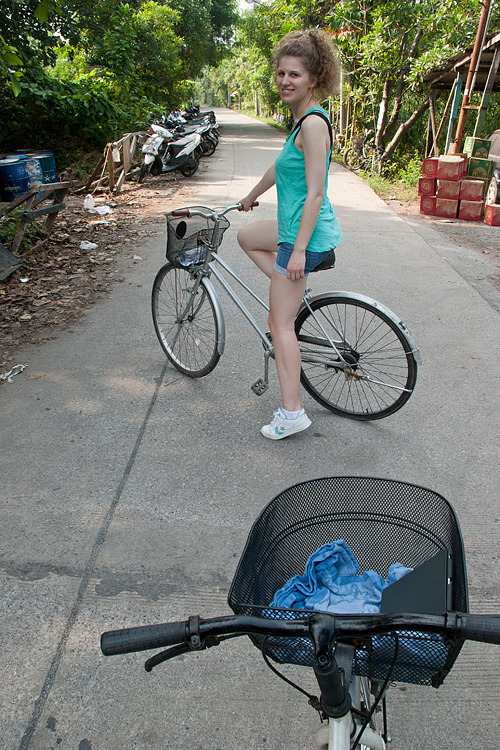 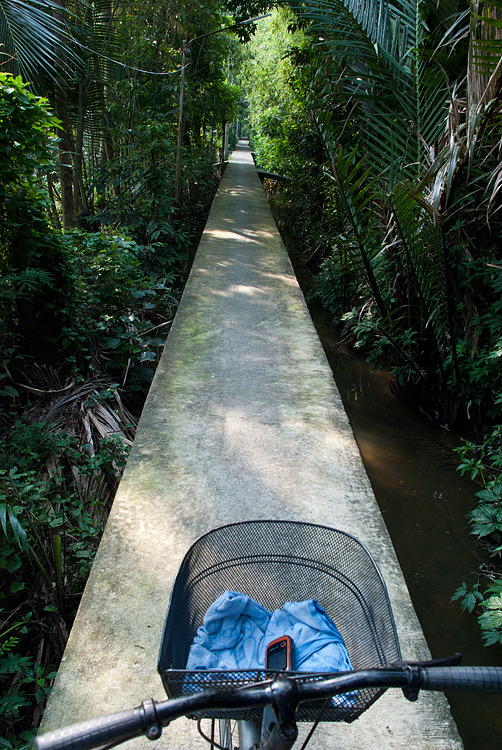 We first visited a fighting fish sanctuary (or something like that). We didn’t see fighting fish (I didn’t know fish fight), but we did see a nice little park, a great retreat from the crazy city. 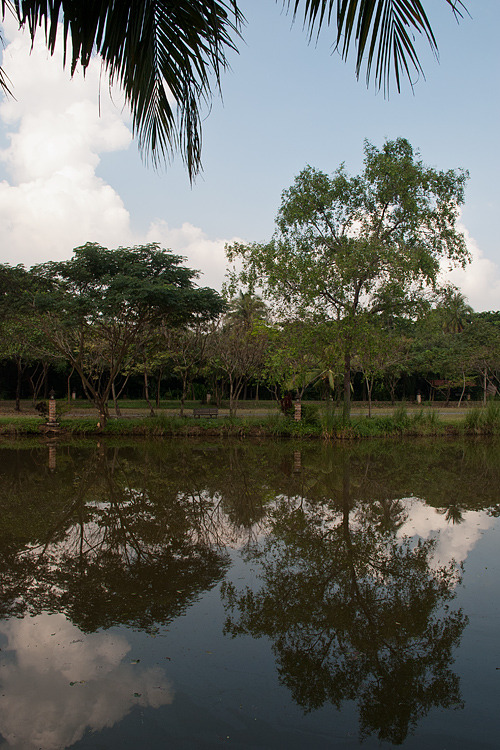 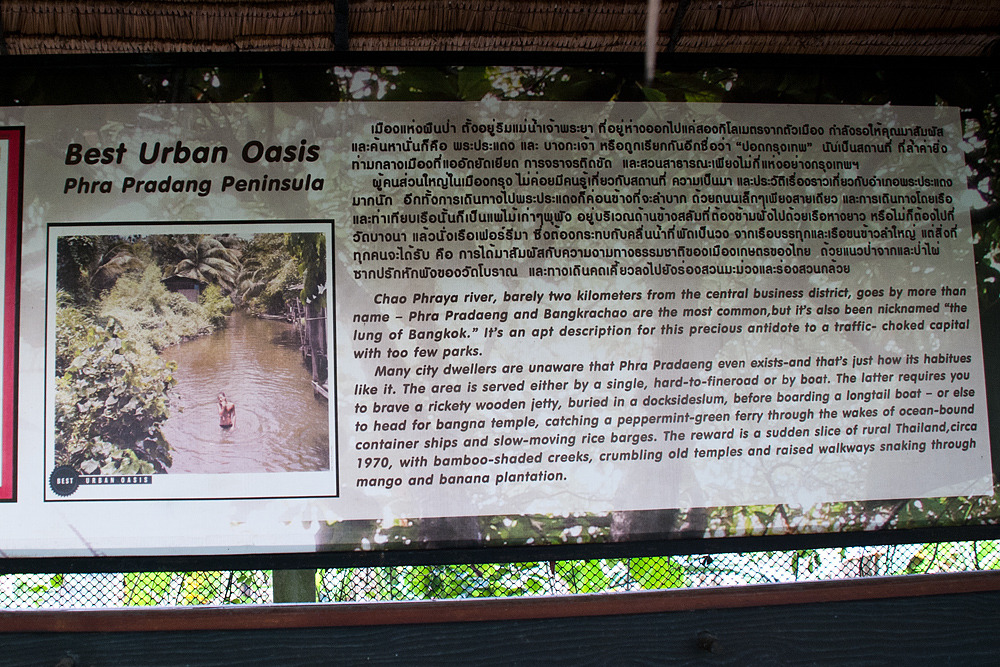 We continued the trip and entered the jungle. We were surrounded by lush vegetation, the forest floor was marshy and we were biking on a suspended concrete platform. Don’t go here if you are not comfortable on a bike. 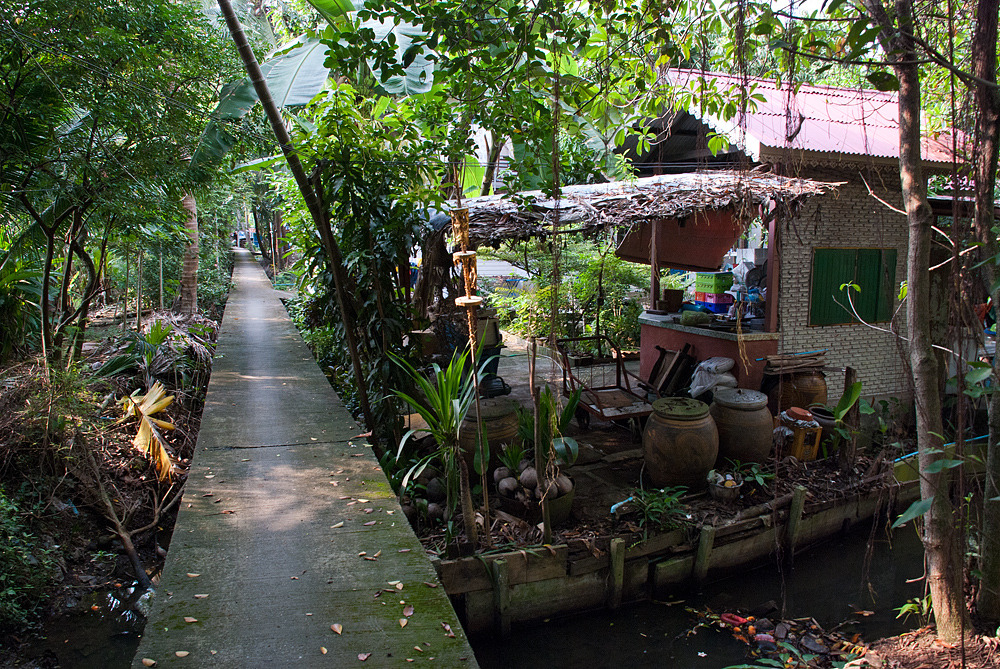 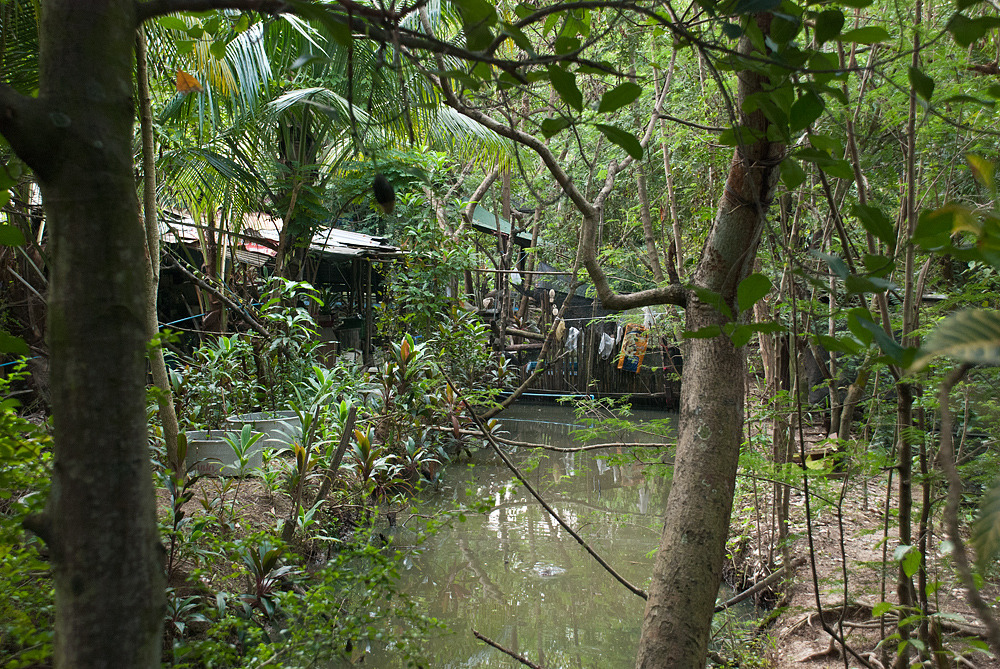 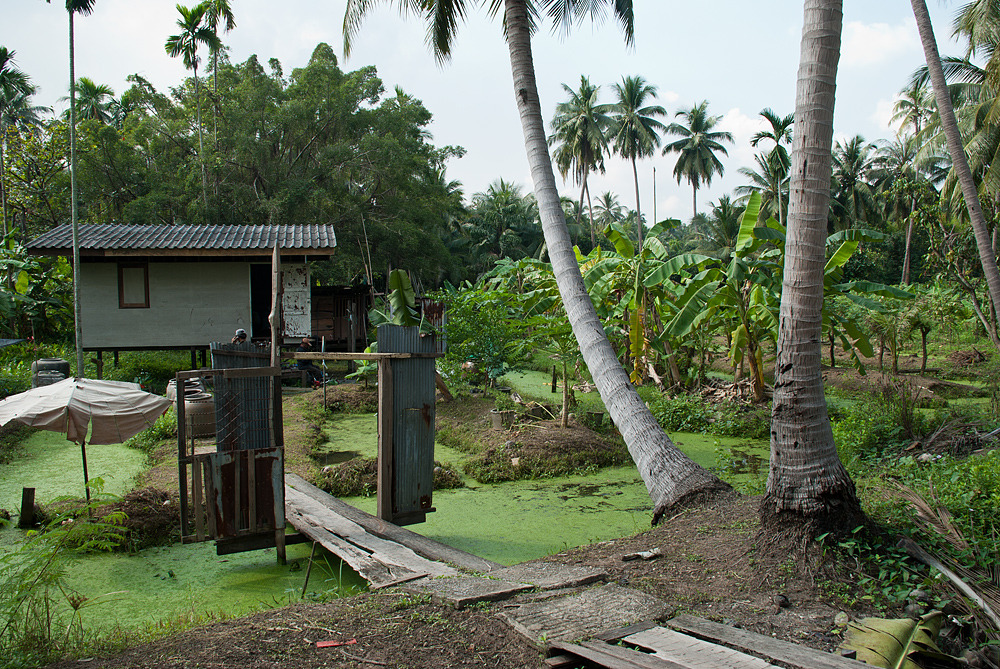 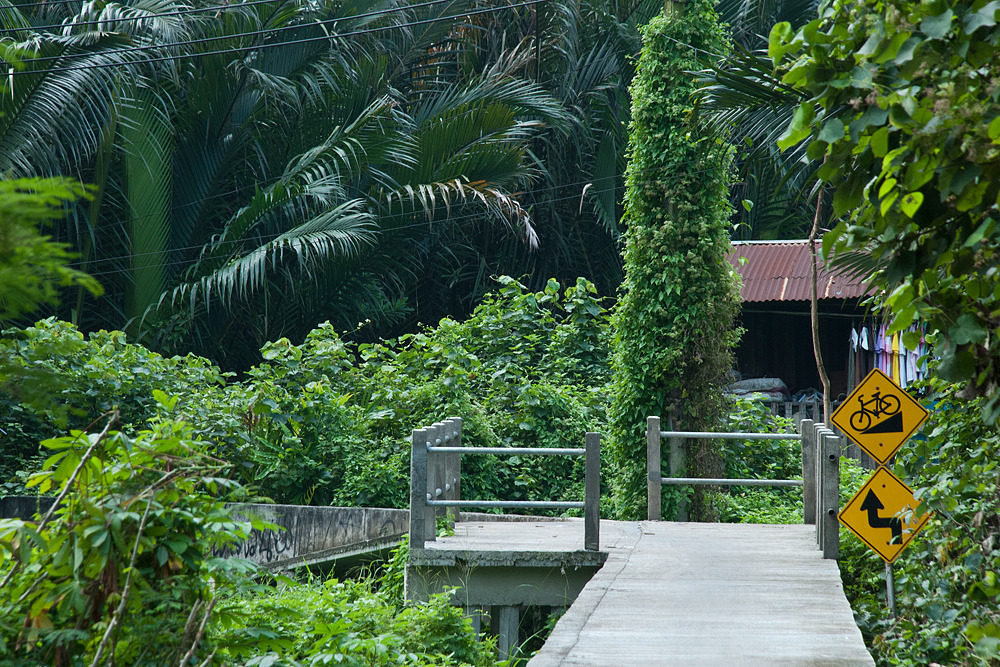 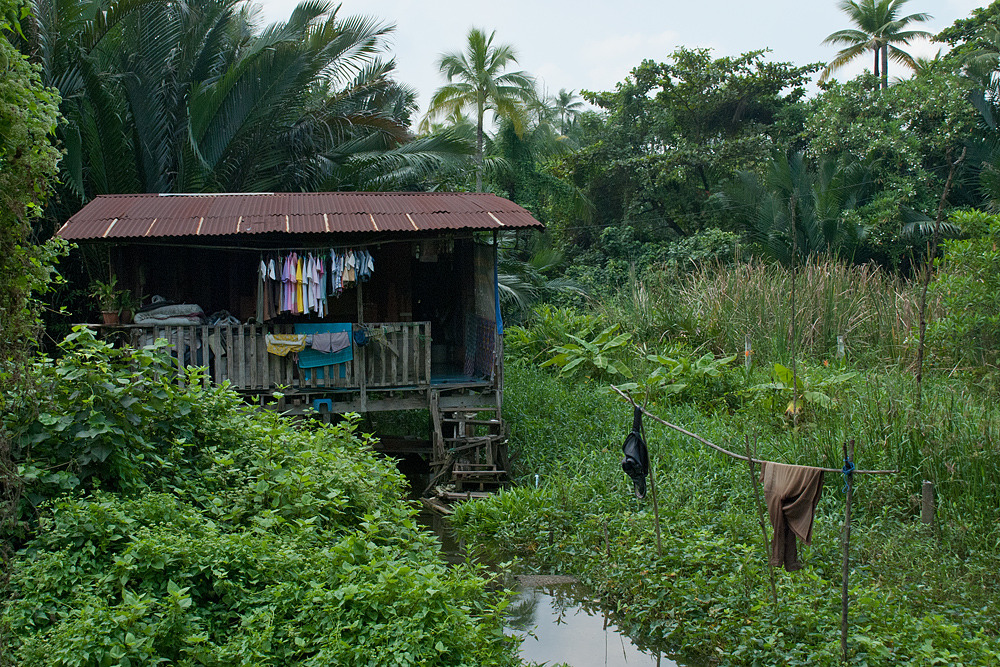 We saw a few houses – simple wooden barracks built on stilts. People here were simple too – and they also looked happy. A local saw us, came, picked some starfruits and handed them to us. Andreea took them and then she noticed the fruits were covered with giant red ants. I’ve never seen her juggling fruits before. Luckily, the ants were not poisonous. We also saw some monitor lizards – quite a shocking sight for someone not used to such wildlife. When you see them swimming, they resemble crocodiles. 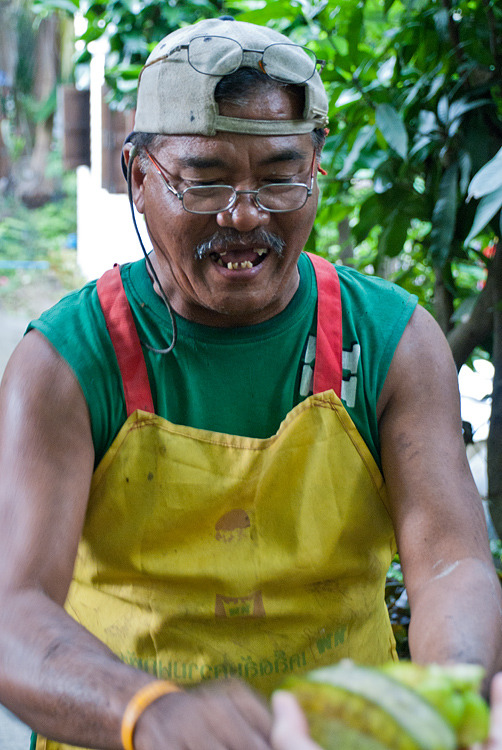 Next stop was a floating market. It wasn’t an actual floating market (people in boats, selling stuff). This one was built on stilts, over a little river. It got the “floating” attribute in order to attract more tourists. The market is especially interesting for gourmands like me. We saw lots of food (mostly desserts) and we had a great time sampling them. If you ever go there, don’t let the language barrier stop you from trying stuff. Just point at things and give them money. We noticed people in less touristy areas were very friendly, curious and had more than reasonable prices. 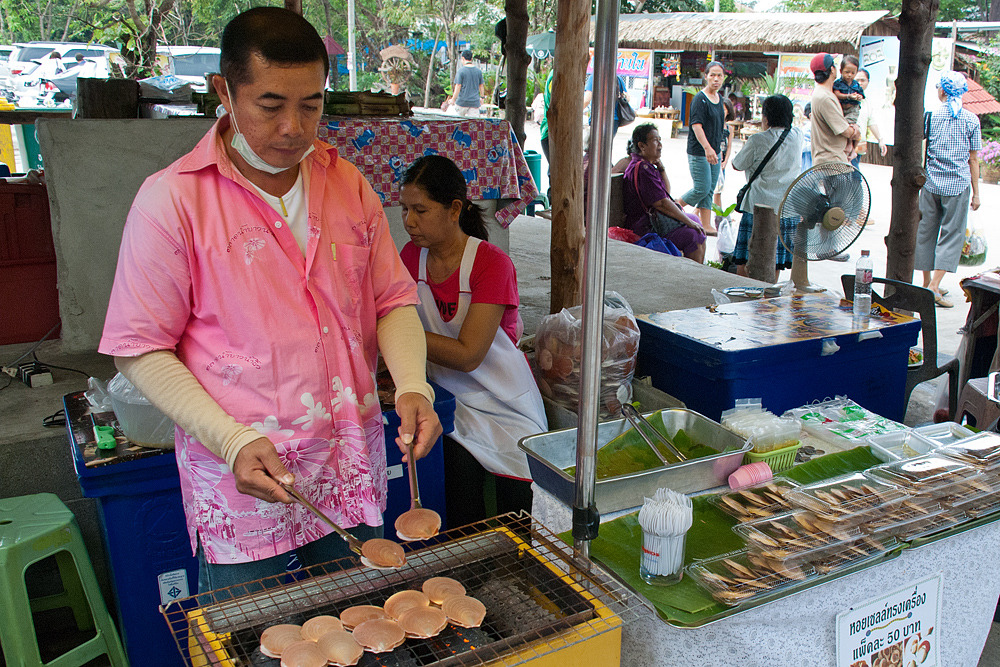 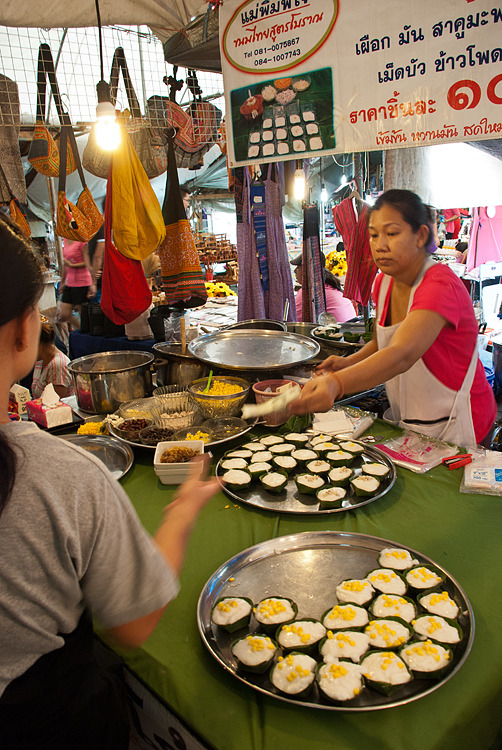 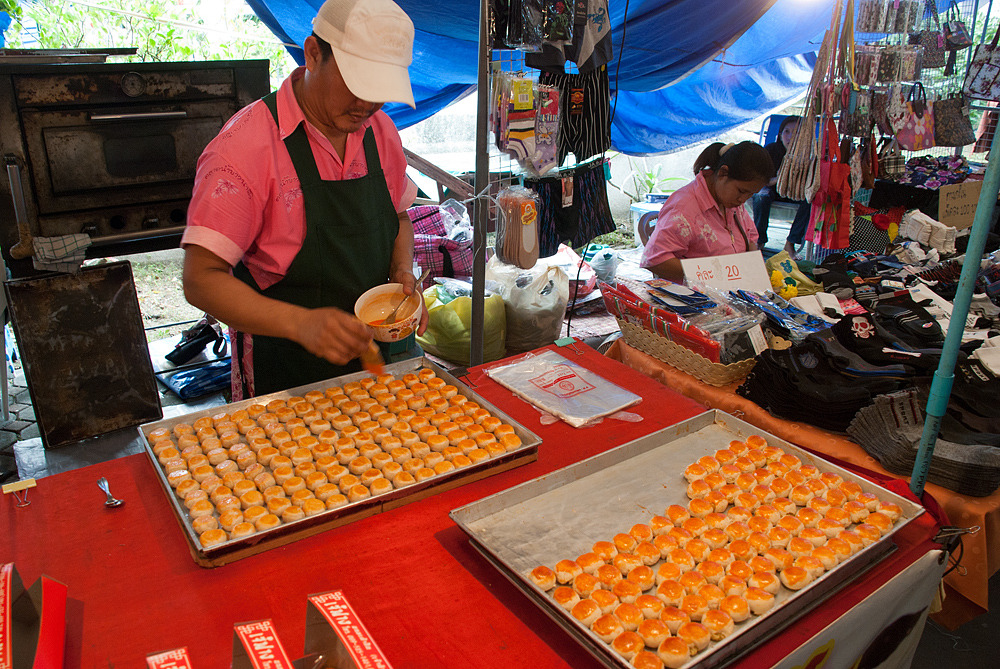 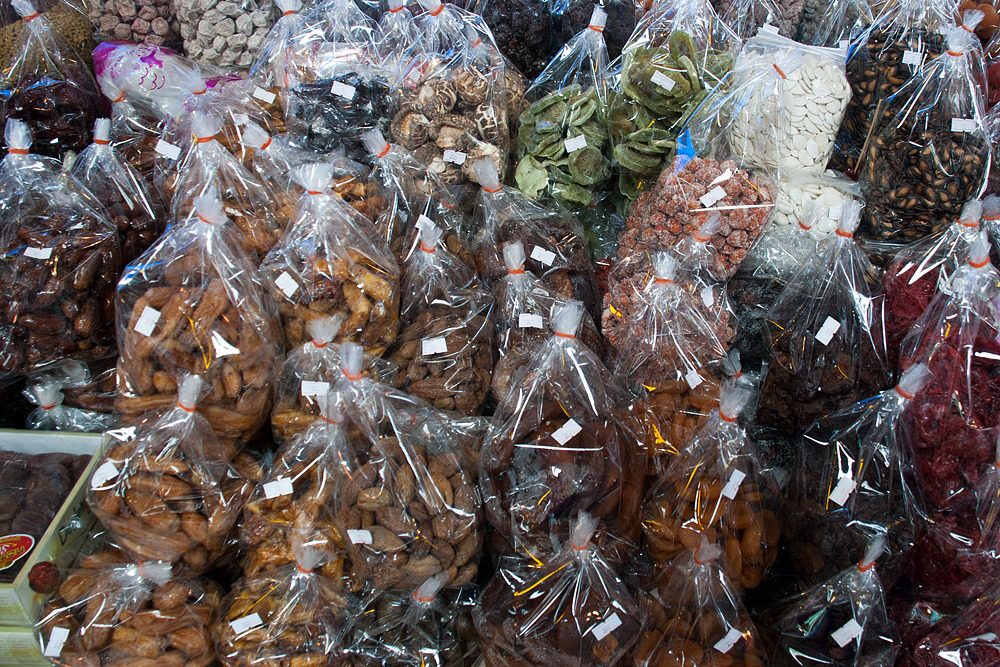 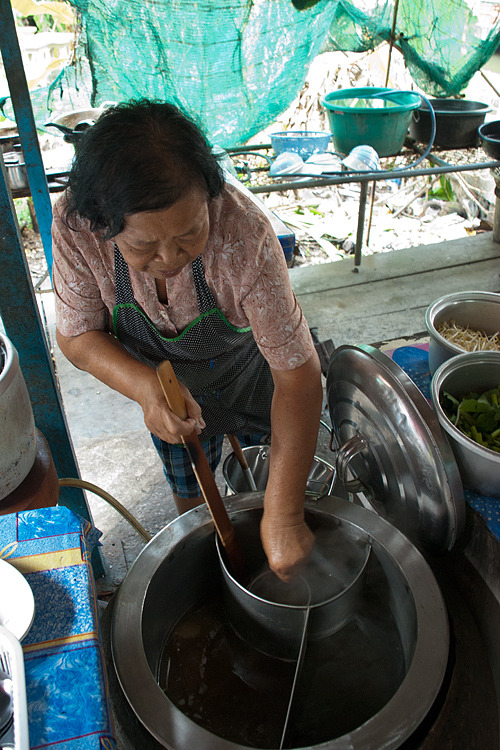 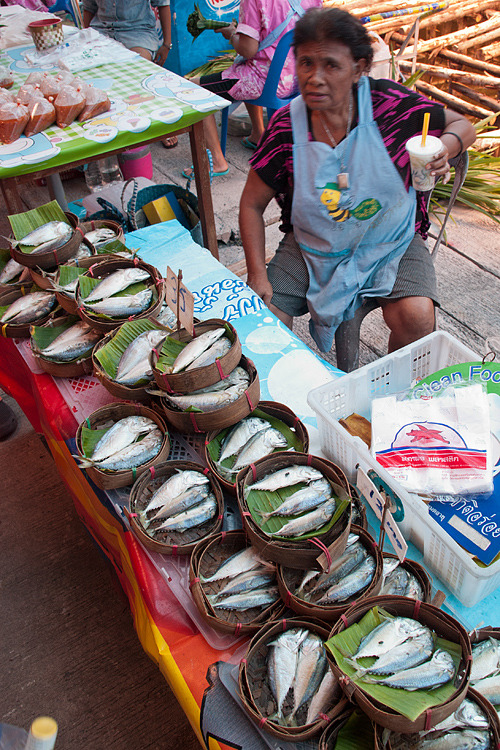 We moved on, continuing our trip on the suspended platform, this time having the Chao Phraya river on one side. We stopped at a very nice resort, to enjoy its unique architecture, along with a cold drink. 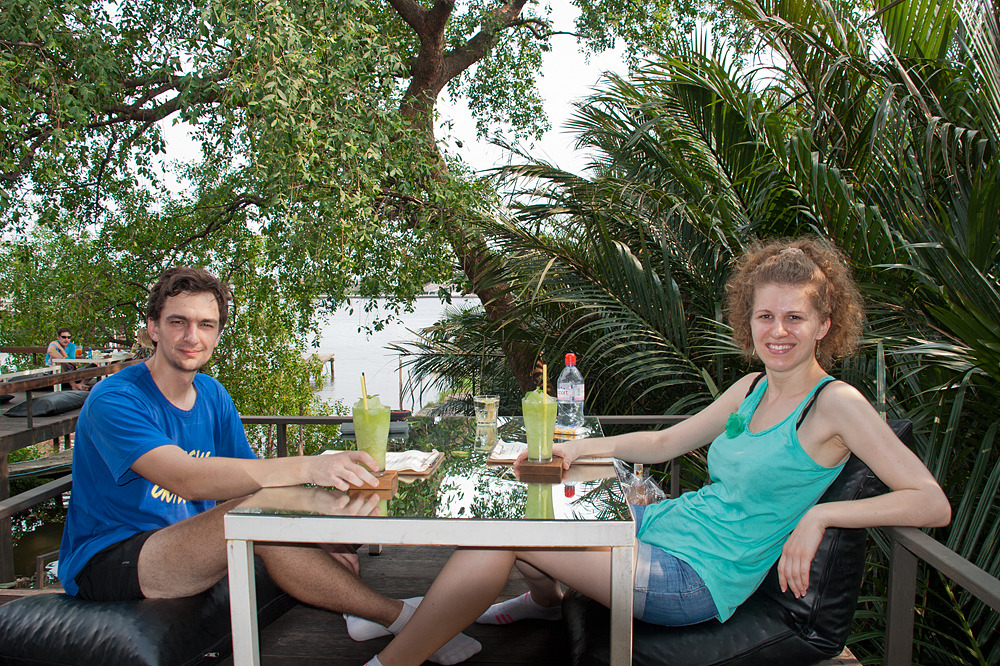 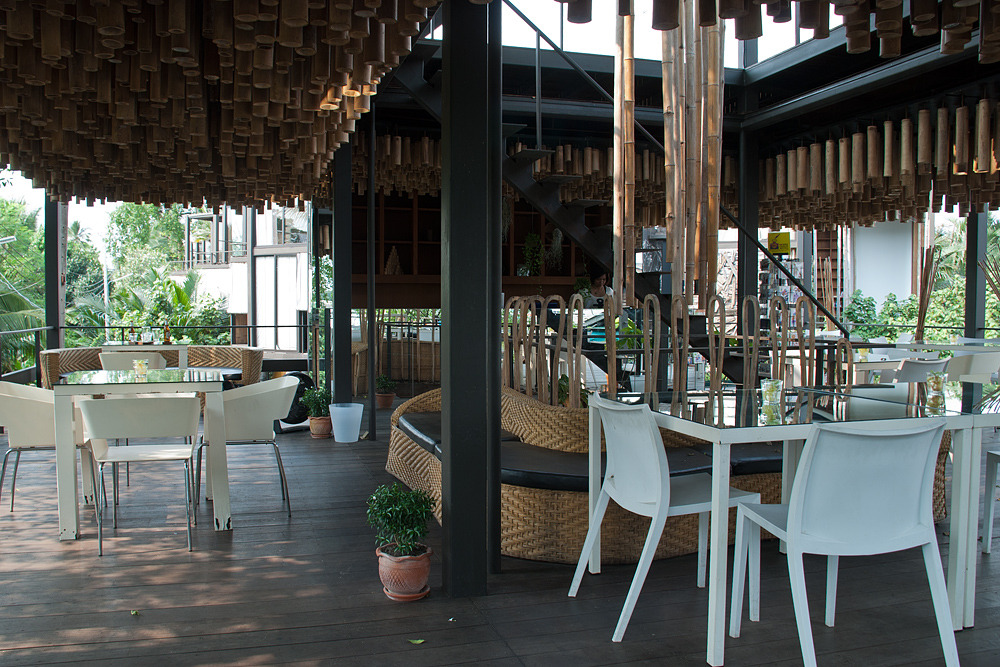 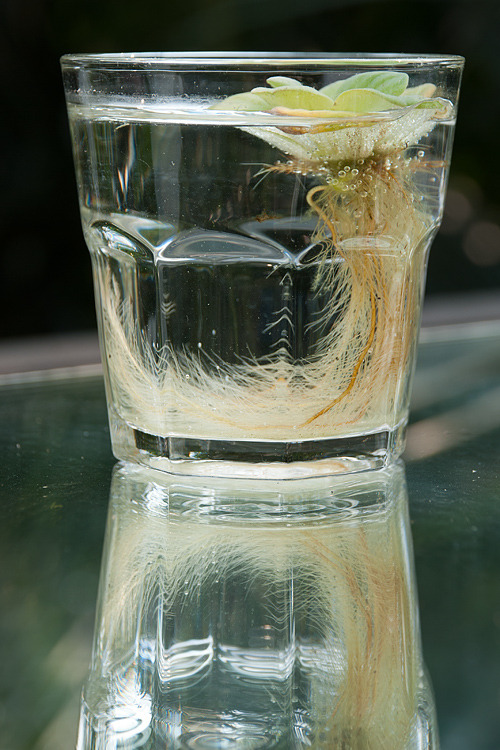 We later stopped in a nice park. We ate some of the desserts that we still had from the floating market. We also encountered those (non-venomous) red ants again. Overall, our bike trip in Prapadaeng was a great experience. We recommend it for people that enjoy nature, outdoors and are not afraid of taking unmarked paths or sweating a little.