I really wanted to sleep, but I encountered several problems. First, that sleeping pad again. Horrible. Second, sometime during the night water started dripping over my sleeping bag. Had to use the bivy sack to stay (somewhat) dry. Third, those Polish scouts staid up pretty late, singing, telling stories, saying prayers (I think, I don’t speak Polish). I almost felt sad for them when my alarm rang at 5 AM and I started packing my stuff.

Early morning came with some photogenic mist enveloping the higher peaks. I only had time for brief photo breaks, as I was in a little bit of a hurry, estimating a day longer than the one before. 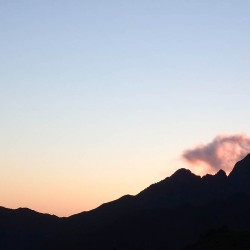 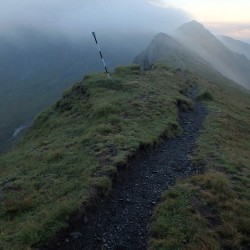 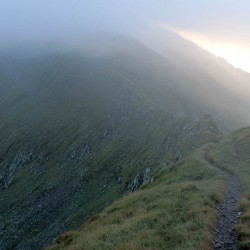 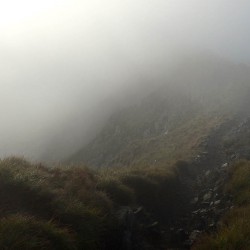 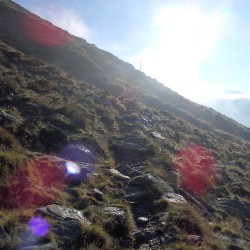 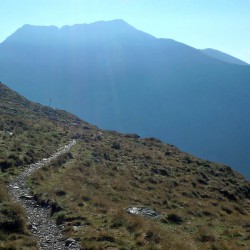 Vistea Mare and Moldoveanu in the distance

Due to these time constraints, I decided to skip Moldoveanu Peak, even though from Vistea Mare it’s only a few hundred meters away. I’m not the “selfie at the top” type of person anyway. 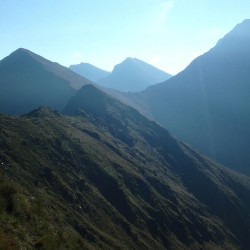 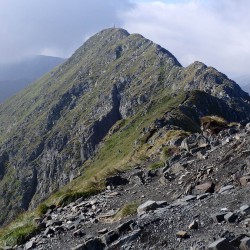 As I got further east, the trails started becoming less technical, with gentler climbs and runnable downhills. There were no more technical sections or chains. Tourists became scarce and shepherds more frequent. I was constantly fighting a battle between the need to move fast and my urge to gulp down industrial quantities of blueberries. 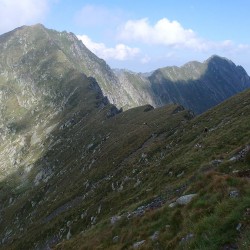 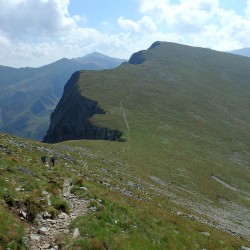 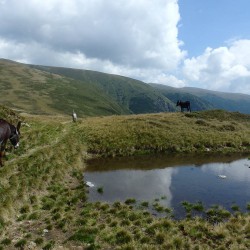 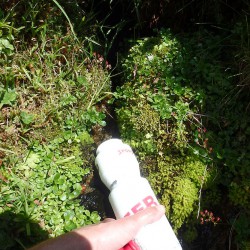 A spring right when I needed it 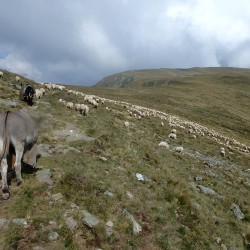 And it eventually happened. I got past Berevoiul Mare Peak and started the final descent. Went past Comisu shelter and reached the forest level. Lost the trail markings when I reached a deforested area, so I followed the exploitation road down the valley. Reached Rudarita at 7:30 PM. Walked for another one and a half hours to Plaiul Foii. 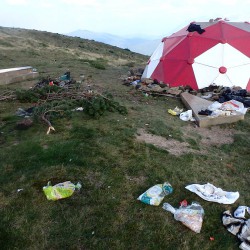 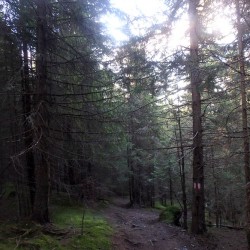 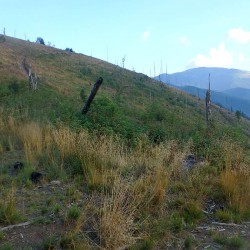 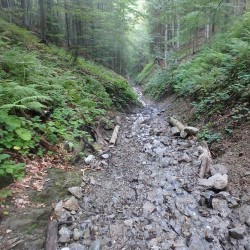 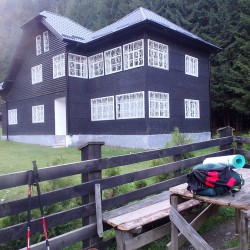 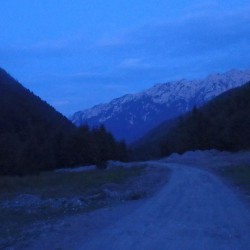 I really wanted 3 things: hot food, a long shower and a comfortable bed. Sat at a table at Cabana Plaiul Foii and asked for a menu. Was told the kitchen was closed. Asked if they had any free rooms. They didn’t. Went online, got phone numbers for all surrounding accommodations, but everything was fully booked. Great. Meanwhile, the waiter managed to come up with a bowl of soup. Better than nothing, I guess. Set up camp in a nearby meadow. Had a “shower” in a stream. Struggled again finding sleep on my ultralight sleeping pad. 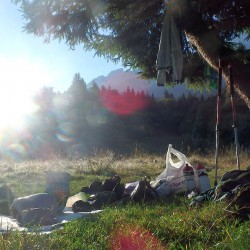 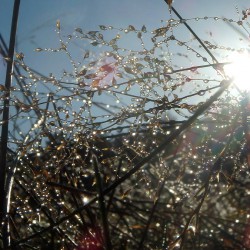 Monday morning. Packed up and started walking towards Zarnesti. I had a few blisters and sore spots, so I was glad when somebody stopped his van and took me for those dusty 11 km. Chocolate donut, bus to Brasov, ice tea, bus to the train station, chicken and fries, train to Bucharest. Finally, shower and sleep.

Some times and statistics: