The TL;DR version is we moved to Greece for the months of September and October 2019. The most common questions we got from people (from Romania) were “Why?” and “How?”. This first part will address the “why”, with the second part dealing with the “how”.

Like most people, whenever I’m facing a complex decision, I perform a SWOT analysis. But let’s keep it simple here and just focus on the “why go”s and the “why not go”s.

Sea. According to a recent study by British researchers, living on the seaside in Greece is better than living in Bucharest. I’m not a sea person, but knowing that my desk is just a couple of minutes away from the water and I can go pretty much anytime for a swim is a comforting thought. The fact that I’m not a fan of swimming and I only got in the water 5-6 times is an unimportant detail. 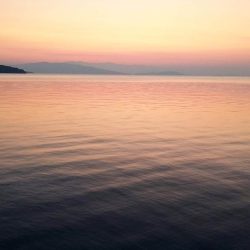 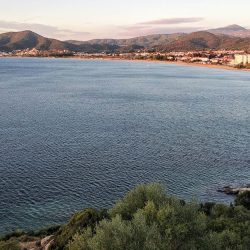 Mountains. While the sea is not my thing, mountains definitely are and Greece has a ton of them as well. We stayed near moutains like Paggaio (1956m) or Pelion (1624m), so we had a big playground for biking, hiking, exploring. Which brings me to… 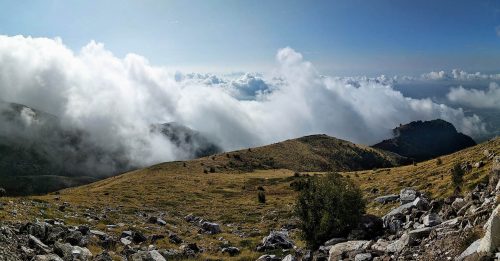 Mountain biking. Also considering road biking here, since it’s biking and it’s up/down mountains. I rode the local trails/roads 5 times a week and I could see my shape improving. By the end of my time there, I managed to fetch quite a few KOMs on Strava, all of them on unpaved (or rough concrete) roads/trails. Can’t believe I got a KOM on a descend – as my downhill technique is mediocre at best. 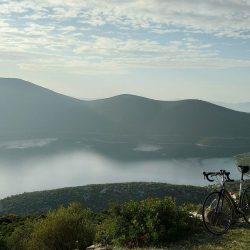 Better weather. According to the Meteoblue’s historical data, in September and October nights are warmer in Greece compared to Romania, with very small differences between night and day. Basically, it’s T-shirt weather 24/7. I carried some cold weather clothes with me, but never got to wear them. 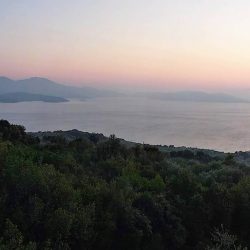 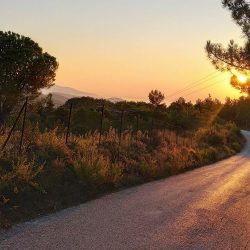 Seafood. I ate a ton of calamari while there. First because I like them and second because I wanted to over-eat up to the point where I stopped liking them, so I wouldn’t miss them back home. Didn’t manage to reach that point though. 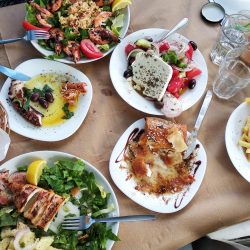 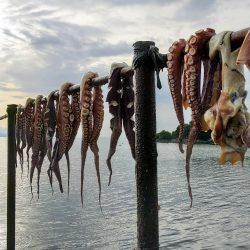 Get away from Romania. My country has a lot of things I love: the mountains, the delta, villages in Transylvania, papanasi. But it also has many things I’d like to get far away from, such as corruption or the way things are (not) done.

Get away from Bucharest. Bucharest also has a lot of things I appreciate, but I wanted to get away from the pollution, traffic, noise and Firea.

Stay in a house. While I generally prefer an apartment for its low maintenance and proximity to the city center, staying in a nice house in a remote location has its charm.

Bonus: Bulgaria. Since we traveled to/from Greece via Bulgaria and took a leisurely 2 or 3 days per trip, we got to spend a few days on Bulgaria and we visited some of the sights along the way. 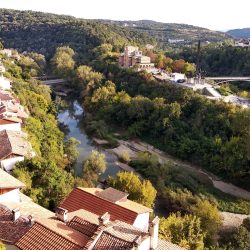 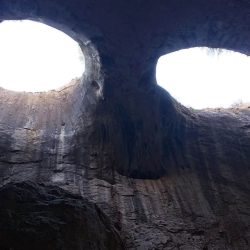 The Eyes of God / Prohodna Cave

Work from home. I like working in the office. It makes it easy to separate personal from professional life. I also have a nice desktop computer with a comfortable desk, which I can’t carry with me. 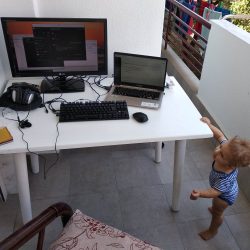 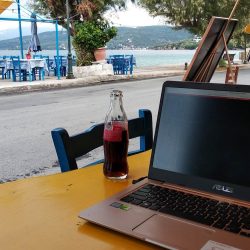 When the internet is down, move desk to nearest tavern

Small city/village. While staying in a remote location has its appeal, there are also some disadvantages that need to be weighed in:
– how far you have to drive for a well stocked supermarket
– if friends/relatives want to visit, how easy can they get there by public transport
– if needed, where could you get medical assistance