Shoushan – Monkey Mountain. This park is in (or just outside of, depending on your perspective) Kaohsiung. The popular trails feature wooden platforms in order to protect the thin fragile soil.

We reached the ridge of the mountain, with great views over both the city on one side and the sea on the other. In a a couple of places we had viewpoint platforms installed. Here volunteers were carrying water from the base of the mountain and were making tea for the tourists.

The vegetation was dense. Looked like a true jungle. Lots of strangler fig trees – a sort of ficus tree that grows around other trees, strangling them to death. Its branches extend downwards, producing new roots. This way, the tree is more stable, covers more ground and extends its area.

Regarding the fauna, we saw a few squirrels and one barking deer. This type of deer is endangered in this area due to its shrinking habitat and stray dogs (we saw dozens of them on our hike).

Oh, and monkeys. Lots and lots of monkeys. They were used with tourists. Also, because sometimes tourists feed them, they associate people with food. We saw a monkey snatch a bag of food from a woman’s arms. When it was our time to eat, we did it in turns. We first scouted for monkey-free areas, then one of us ate (fast!) while the other kept watch. It felt like sneaking through hostile territory. While eating, two monkeys spotted me and started closing in. We packed everything up and resumed our hike, watching our backs so we wouldn’t be followed. I don’t think I’ve ever been so afraid eating.

Met a lot of people on the trail. We were among the few foreigners. We got invited once for tea and fruit by a group of old people playing cards. Tried to imagine my parents hiking up the mountain in order to drink some tea. Some ladies told Andreea I look like a superstar. Finally somebody noticed. 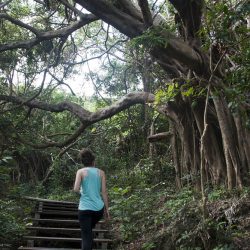 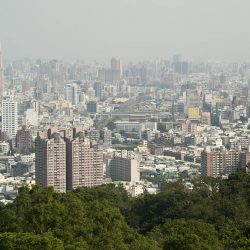 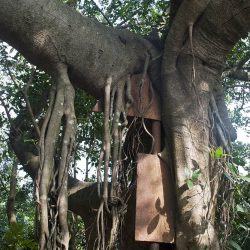 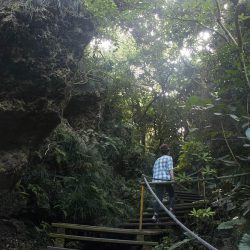 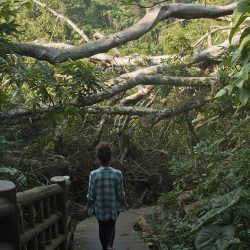 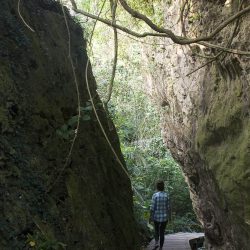 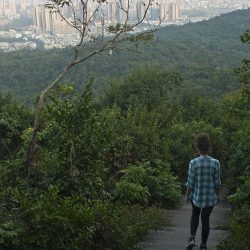 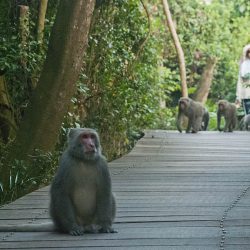