After visiting the historic landmarks on the island of Macao, we moved on to the islands of Taipa and Coloane. A bus took us south to Hac Sa Beach. We were off season and the area was pretty deserted. Still, we had no problem finding an open restaurant. After lunch we hiked up to the A-Ma Goddess Statue and the nearby Tin Hau Temple. We weren’t high (a hundred something meters of elevation), but we could see the Eiffel Tower from here. Because every respectable casino strip must have an Eiffel tower replica. 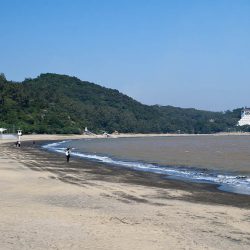 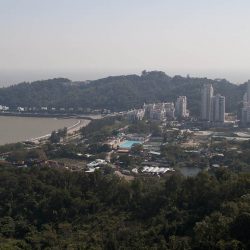 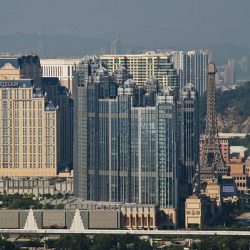 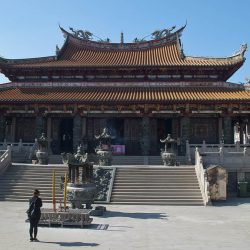 We walked past the Giant Panda Pavilion. Didn’t visit, as we’d rather see wildlife in the wild than pay to keep animals in captivity. Stopped instead in another restaurant, this time a local one in a newly build apartment complex. They had no English menu, so we again used Google Translate. Stayed clear of the “insect mustard” and ordered the “fish surface”. I think.. dunno really. 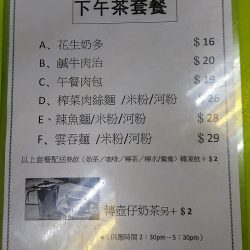 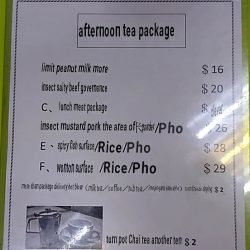 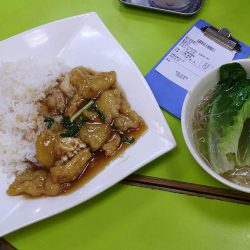 And then we got to Macao’s casino strip. AKA Cotai. Same kitch level as Las Vegas, as expected. 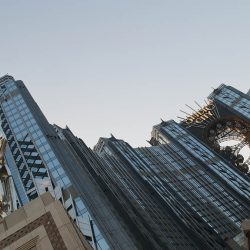 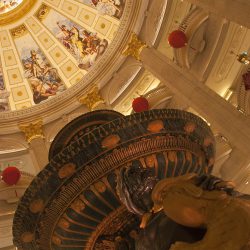 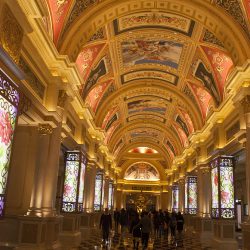 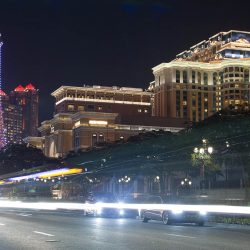 The Venetian had its Chinese New Year festivities launch show, with music, dancers and a lights show. Everything shiny and/or golden, as befits a casino.

Wynn had their usual fountain show. Due to powerful pumps and strong wind, it ended with a shower for my camera. They also have a cable car (sure, why not?). Complimentary only if going into the casino. 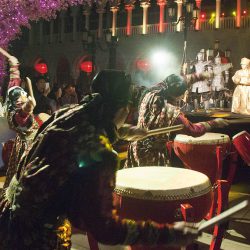 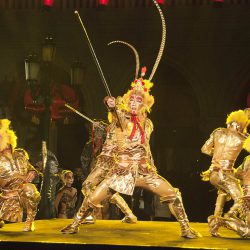 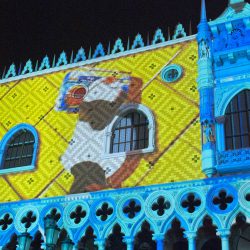 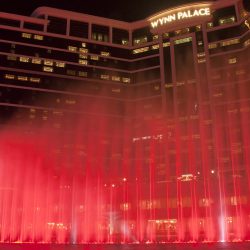