Visited Madrid last year, one week after Berlin. Something I noticed: in Berlin many restaurants close at 8 PM, while in Madrid it’s normal for restaurants to open at 8 PM. Needless to say, the city was busting with life, day or night. I think it’s a great place for a city break, especially during late autumn, if you still don’t want to let go of summer temperatures.

As usual, we started our visit with a free guided tour. Our guide, Ramon (with a strong and vibrating “R”) was funny and made our walk around central Madrid enjoyable. 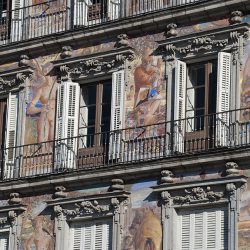 Facade of the Casa de la Panadería in Plaza Mayor 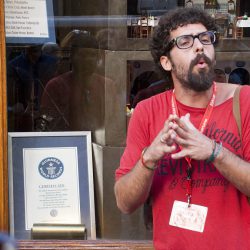 In front of the oldest restaurant in the world with Ramon 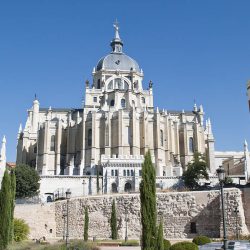 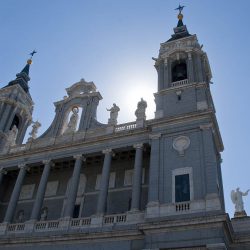 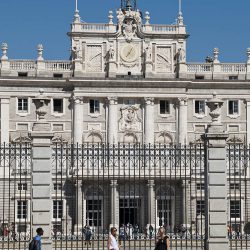 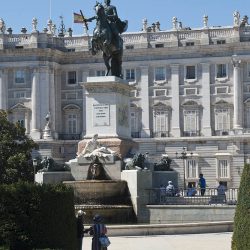 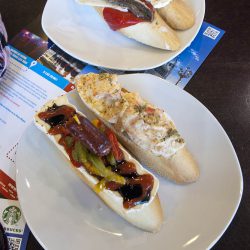 While the most famous Spanish foods were (at least for me) tapas and paella, I was most surprised by jamon. Be aware, I’m not talking about cheap supermarket ham here. You’ll have to look for the fancier stuff. But you can’t miss it, we even saw 10 kilo pieces of jamon in the airport. Didn’t know it can taste so good. Won’t be able to eat cheap ham ever again.

Something else I enjoyed in Madrid is Casa de Campo. It’s a park so big, they even had a cable car built in it. Great place for mountain bikers and trail runners. 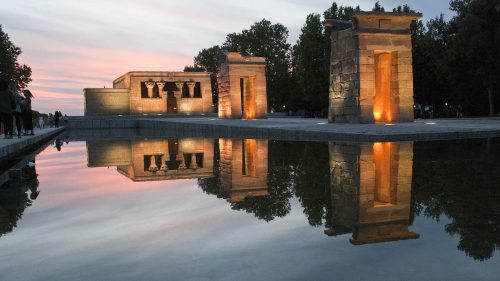 The Temple of Debod during golden hour. It’s a 2200 year old Egyptian temple, dismantled and moved to Parque del Oeste. Had to push my way through a swarm of tripods for this shot. 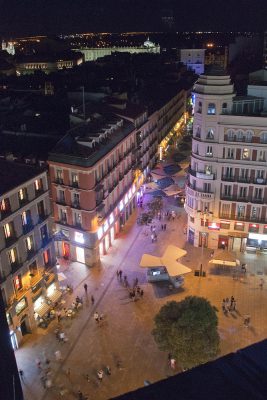 View of Madrid from a rooftop club 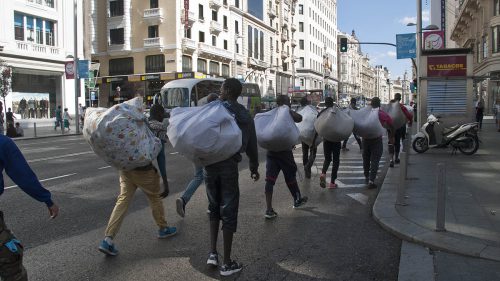 On Gran Via, on the sidewalk in front of a shopping center, a bunch of guys were selling clothes and other crap. When they spotted the Police approaching, they packed everything (it took less than 3 seconds) and went on a fast walk in the opposite direction.