Let’s get straight to it. Berlin is great as a city break. If you see a good Ryanair offer, as we did, take it. We’re not into museums, but even after crossing those off of the todo list, we still had a lot left. We probably could have stayed a couple of days more without getting bored.

We started with a free walking tour, to get a feel of the city. There are several tours starting from around Alexanderplatz. First some pre-20th century monument, followed by the Berlin Wall, Checkpoint Charlie (very touristy), Holocaust Memorial. Grim places, painful stories. 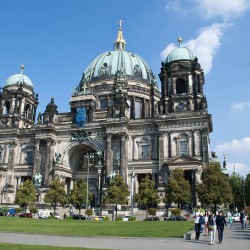 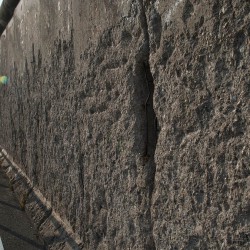 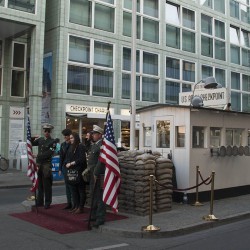 We had to come back and visit the Holocaust Memorial in more depth. It was built like a maze, inviting you to explore it and figure out its meaning. Underneath the square we visited a museum. We started with a timeline: an economic depression, extremists blaming people that were different (Jews and Gypsies), people voting out of hate and fear, Hitler getting elected and grabbing absolute power, humans killing other humans just because they were told to, because others were doing it, because Jews weren’t “like” them. There were photos of dead people on the streets of Iasi or mass executions in rural areas in Eastern Romania. I didn’t know 300000 Jews were killed by fellow Romanians during WWII.

The second room featured snippets of text from letters or diaries written during WWII. Some of those people survived the war, but most didn’t. I cannot imagine how it must be to know you are going to die and all you can do is tell your kids you love them, and hope your letter will reach them, and hope they will be able to escape the killing and survive the war. 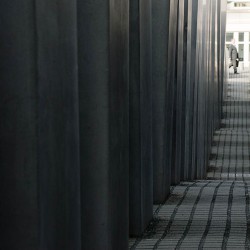 A symbol of Berlin is the Wall (or what’s left of it). There are several sections still standing. The one next to Checkpoint Charlie (photographed above) features an outdoor museum. Another section (below) is now known as the East Side Gallery. The wall has been painted by various artists, with one of the most famous paintings being the Fraternal Kiss: 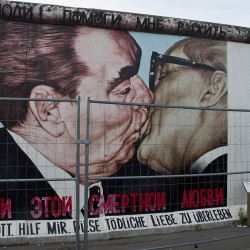 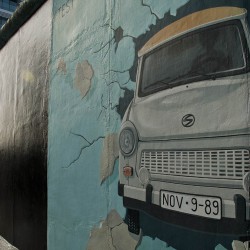 Another cool stop was the dome on top of the Reichstag Building. The dome is made out of glass and steel, with a cone of mirrors channeling light towards the German parliament debating room right underneath. In order to get in, you should either book online (well in advance) or book at the location (1-2 days in advance, depending on how lucky you are). 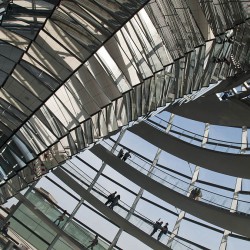 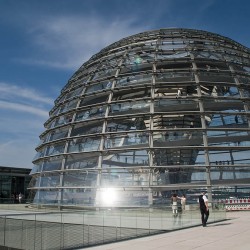 On top of the Reichstag building 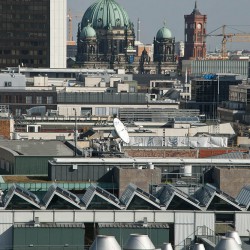 The Cathedral (center) and the Town Hall on the right

Climbed on top of the TV tower as well. The visitor platform is at a height of 203 meters. Pretty crowded at the top and not very good for landscape photos because of the thick windows. 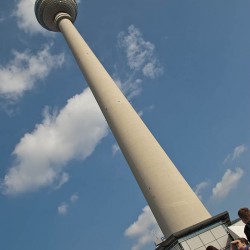 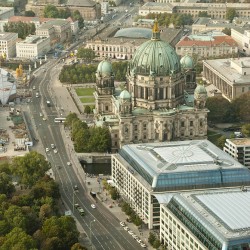 The Cathedral seen from the tower

We didn’t know Berlin Marathon was held that weekend. It might explain the hard to find accommodation. Almost 50000 people ran the marathon this year, with the winner shy of the world record by just 6 seconds. 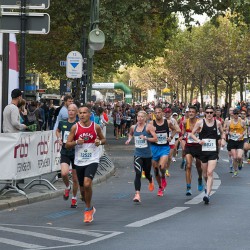 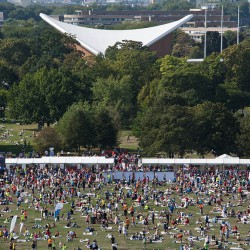 The Platz der Republik seen from the Reichstag Dome 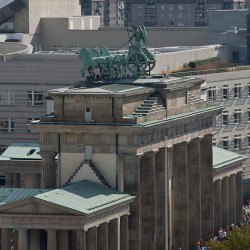 Less than an hour away from Berlin lies the town of Postdam. The main attractions here are the Sanssouci Palace and the surrounding estate, the New Palace and the town center, full or shops, stalls and restaurants. 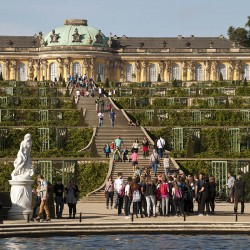 The Sanssouci Palace and its backyard 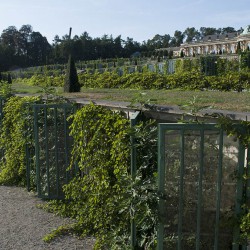 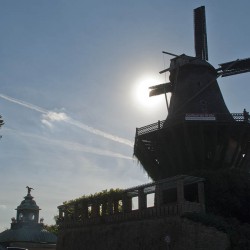 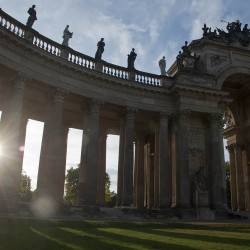 One Reply to “Berlin City Break”