Continuing where I left off on day 5 of the trip. We were out of the Hasmasul Mare Mountains. We biked across a few hills, went past a few sheepfolds, survived to a few sheep dogs, went down a crappy dirt road that started improving and then it leveled off. It’s here where we went past the dreaded sign – we were entering the county of Neamt. We were entering Moldova.

Since I was raised in this part of the country, I will make use of my right to mock it. Whoa! there’s a difference when you cross the mountains from Harghita. The first thing we noticed was the lack of trees – we were in the mountains, surrounded by forests, but baking in the sun, on a road that offered no shadow. We stopped at a little store and bought food and water and ice cream, then lied down in a corner in front of the door, against the wall, where we found half a meter of shade to protect us.

In front of the store were 2 garbage cans. Why 2? One was not enough? Next to each can was a little bush. What’s the point? I imagine the mayor bragging before the next elections: “We’ve made Damuc more beautiful by planting 2 little bushes in front of the village store”. There were little signs with the tourist attractions along the main road. All signs showed the same thing: to one end you have the village center, to the other the sports complex, to the side the stream: with these signs you can’t get lost! And yes, they have a sports complex! Does that complex (or the village) have a paved road? No. Does the complex appear to be used? It looked deserted when we passed by. Will the complex, signs and little bushes improve the lives of those in Damuc in 20 years? I hope so, but I doubt it.

We stopped at a second store, a little larger this time, and bought more stuff. Notice the elegant architecture both stores display. The colors, the lines and shapes, the large green bottle sign hanging on the wall – all delicately combined to soothe your eyes while also blending in the surrounding area. 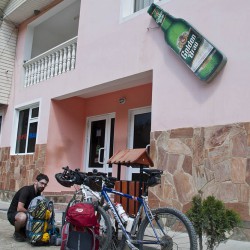 The only shade we found was behind that corner 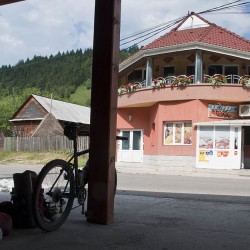 Had one more climb for the day. Went on forest exploitation roads that were actively used. It looks like this is a good period for logging, judging by how many trucks we’ve seen that day. Stopped for the night in the village of Cazaci, where we rented a little cabin. 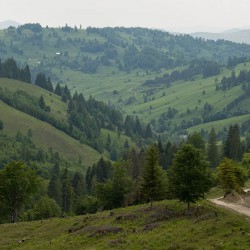 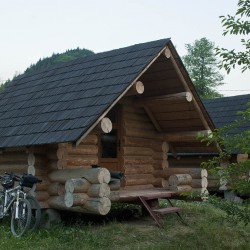 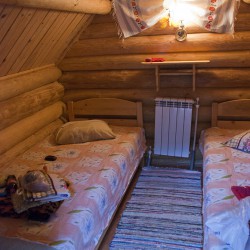 Day 6. Last day of the trip. We arrived in Piatra Neamt. Alex went on to compete in the Ultrabug contest. My original plan was to climb on top of Ceahlau Mountain, but I had a discomfort in my heel (at the moment I thought it had to do with my Achilles tendon). I went to my grandparents instead.

While waiting in Piatra Neamt’s train station, I tried buying something to drink from a kiosk:
“Do you have Lipton or Nestea?”
“Only somethin somethin” the guy behind the desk mumbled – I couldn’t quite hear what he said.
“So.. uhm, do you have Lipton or Nestea?”
“No, only drinks from Romanian companies, we don’t sell ourselves to the foreigners, down with Obama and the gypsies!”
“Oooook” and I backed out awkwardly.

Took two trains. The first one, from Piatra Neamt to Bacau, was a Regio train. Which means slow – stopping in every little village, settlement and road crossing along the way. It was full of students commuting. There was a space for luggage, which I would have used for my backpack. But no, I had to carry it on my back – too crowded to put it down. The luggage area was where an old woman and a very small kid were sleeping. As they were approaching their stop, she got up and dragged out a sack. The train was entering a village, but it was still going full speed – something like 30 kmph. She opened the door, looked out, then put the sack in front of her and pushed it out the door and off the train. Like I imagine villains throw out a corpse in an old Western movie. Or some Colombian smugglers throw out drugs when they see the cops. Looking back to where the sack fell, I saw a little kid running out and starting to drag it. Just another day in Moldova. 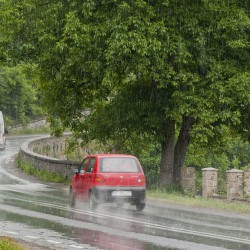 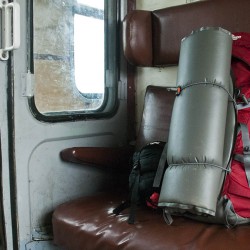 Day 7. After chilling at my grandparents, I went on a short mountain bike route to the train station in Mizil. Had to avoid any forest roads – after a storm the day before, the clay-like mud would not have been bikable. Went over some pastures instead, on trails used a couple of years ago for the long route at Maratonul Vinului. 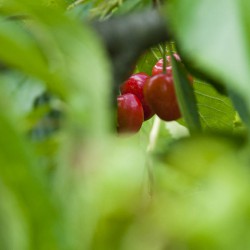 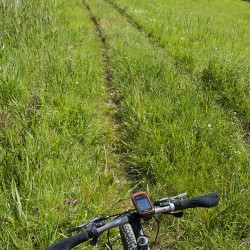