Woke up at 6, quickly packed everything and set off for the bus station. We had tickets in a tourist bus. The difference between a tourist bus and a local bus, besides the price, is the fact that you have a reserved seat and a little more space. Tourist buses are visibly marked as such – with big bold letters on the front and the back – TOURIST or even TOURIST ONLY. Feels a little exaggerated – like you would expect a sign saying “Locals not allowed” next to it.

So we were off to Dumre. A 130 km trip that we did in about 4 hours. Got to enjoy the typical Nepali roadside sights: Kathmandu’s slums, earth slide areas, chaotic traffic, people bathing, some dudes decapitating a goat. This road is what Nepali call a highway. Seriously, it’s called Prithvi Highway and it is kinda famous. 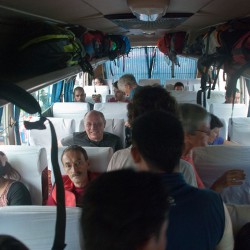 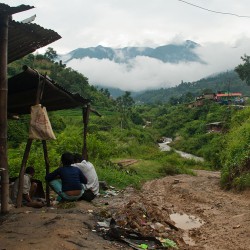 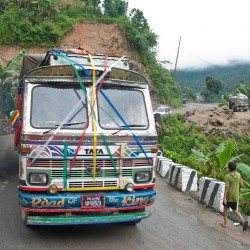 In Dumre we changed buses. As soon as we got off the first one, a bunch of guys tried selling us tickets. After negotiations, got from a 550 rupee ticket in a local bus down to a 350 rupee ticket in a minivan. But I’m sure the price can be lowered a lot more. After all, the 2h trip to Besi Sahar is only 42 km long.

Sometime during the haggling I remembered the trekking poles. I left them in the first bus. They were long gone.. Crap! So while pondering about this, in an ancient minivan stuffed full of Nepali, where we were the only foreigners, on a primitive road, at the foothills of the Himalayas, in a third world country, I noticed I was out of my comfort zone and the only reminder of my normal life was Andreea. It was shaping up to be an awesome trip!

We arrived in Besi Sahar (820 m), bought a dozen baby bananas and officially started the trek. After 3 hours of walking on a gravel road, being passed by the occasional jeep or Tata bus, we arrived in Bhulbhule (860 m). Here we took the first free room we found and quickly ordered something to eat. The food would have been OK if not for the exaggerate amount of salt in it. This made the bland apple pie we had for dessert delicious. 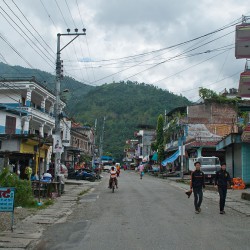 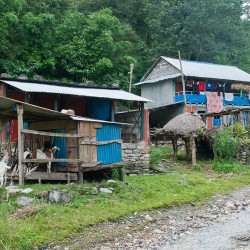 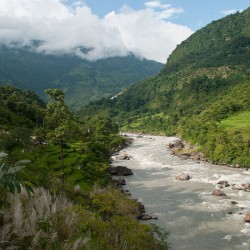 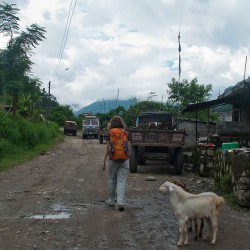 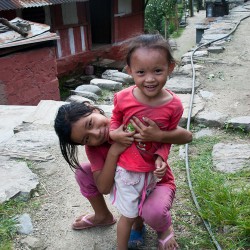 The accommodations were basic. The room was a 2mX2m wooden box. It had a bed, a nightstand and a bunch of nails on the walls for us to hang clothes. The boards making the walls were thin and the slits between them allowed us to see outside. Downstairs we had a squat toilet and a shower with hot water. The roaring river nearby made for a soothing acoustic background, combined with the Israeli guy next door singing on his flute. All of this for just $2. 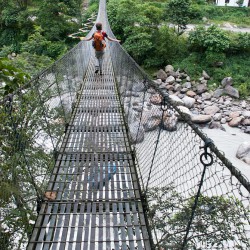 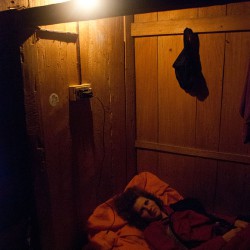 Woke up at 6am. Opened a window to take a photo of the village, but was greeted with this: 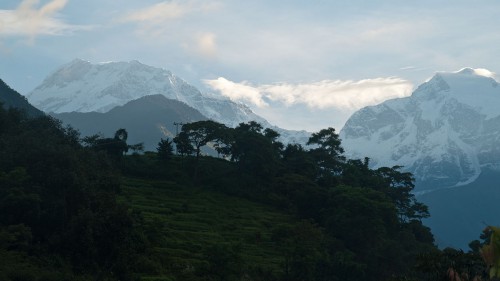 Ate breakfast (porridge, Tibetan bread) and were off by 7:30. This part was mostly on a dirt road. We passed many small villages, each offering accommodations, food and snacks. 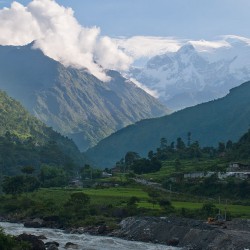 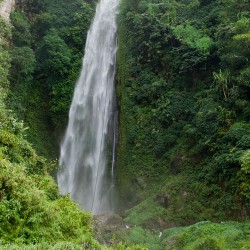 One of countless waterfalls 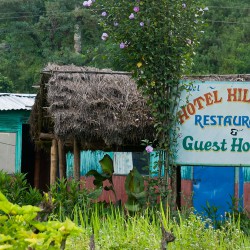 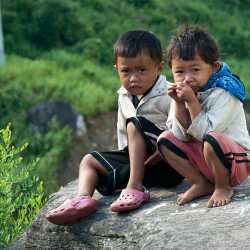 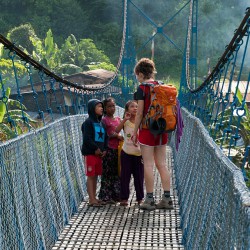 Around 11 we arrived in Bahundanda (1300 m). Ate and enjoyed the view over the valley. 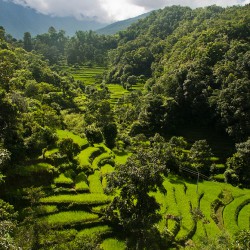 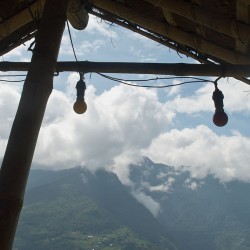 Continued with Ghermu, Syange and Shrichaur (1150 m). Here we stopped at a guesthouse that advertised its Wi-Fi service. Indeed it had Wi-Fi – slowest one I ever experienced. Still it was enough to let people at home know I’m alive. 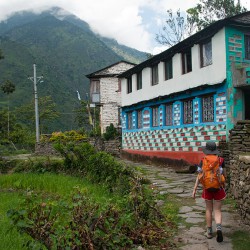 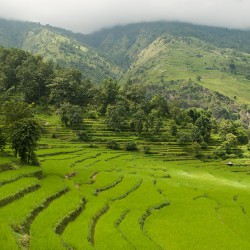 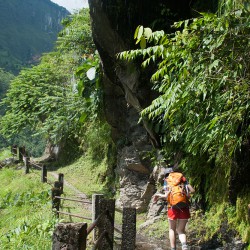 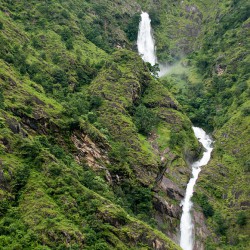 Just the second day of the trek and the accommodations were already getting more basic. We didn’t have any plugs in the room, so we had to use the ones in the dining room. 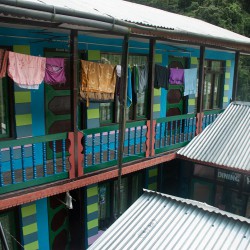 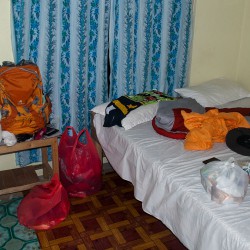 The rest of the guesthouse was occupied by Israelis. Sometime during the evening they started singing. They even had a harmonica. We started thinking about resorting to our earplugs. Fortunately, we didn’t have to use them, as the group went to sleep.

One Reply to “Nepal Part 2 – Into the Mountains”