To get to Petra from Aqaba, we took a bus from here. The process of getting a bus was pretty straightforward:
– asked a bunch of people about busses to Petra (like the guy at the hotel, guys at the bus station, googling). Got answers such as “First bus is at 7 AM”, “First bus is at 8 AM”, “Get a taxi”
– went to the bus station at 7 AM
– got surrounded by a bunch of taxi drivers, telling us how the first bus is at 10 AM, it arrives in Petra at 1 PM and we would be better off with a taxi
– after about 5-10 minutes like this, the cab drivers finally understood they’re not getting anywhere with us and just said “Look there, that’s your bus”. It was actually a minivan, but if the locals say it’s a bus, let’s call it a bus.
– by now, the bus was full. We waiter for another 5 minutes and another bus came. That was fast!
– … not. This bus cruised downtown Aqaba for another 30-40 minutes, trying to find more people. Eventually, it got moving.
– About two hours later it dropped us just outside the village of Wadi Musa, the gateway to Petra. From there, an SUV drove us for the final 2 km to our hotel. I don’t know why we had to change vehicles. We didn’t pay extra or anything.

Alas, we were in Wadi Musa. Left our stuff at the hotel, bought some food (falafel wraps) and went exploring the ancient city.

I guess everybody’s heard of Petra. After walking a kilometer through the narrow canyon known as the Siq, we got to an open space and were greeted with the iconic facade of the Treasury. 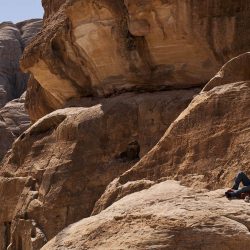 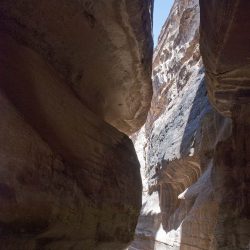 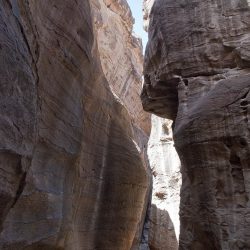 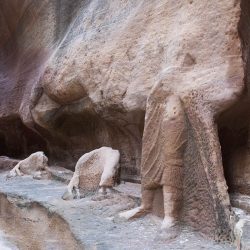 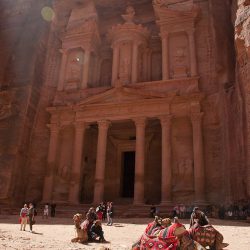 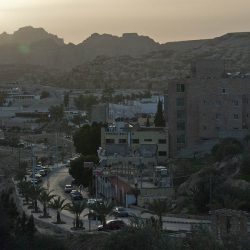 In Wadi Musa, looking towards the mountains around Petra, at sunset

The place is pretty vast, but most of the attractions are clustered together. We only had one day, but we’re happy by how much we got to see. I’d say a trail runner can visit everything in one day. An average tourist could stay for another day, but that’s definitely not necessary. 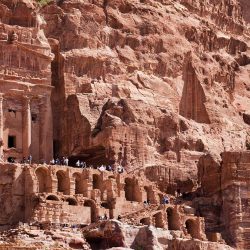 One of the Royal Tombs 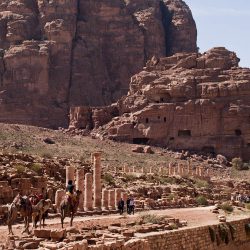 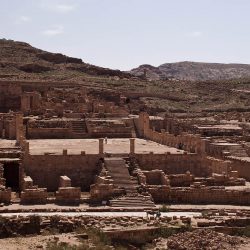 The Great Temple (what’s left of it) 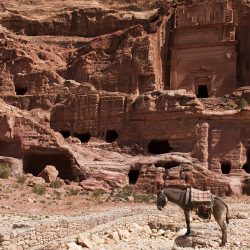 Donkey is not impressed

We even had time for one of the hikes. Going around the Royal Tombs, we climbed up the canyon and got to the “Treasury from above” viewpoint. On that spot, a hippie local decided to set up a makeshift tea shop. He only serves tea, which he makes from local herbs and probably rainwater collected off the roof. 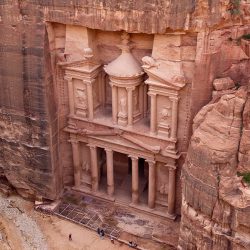 Not a bad spot to sip on a cup of tea 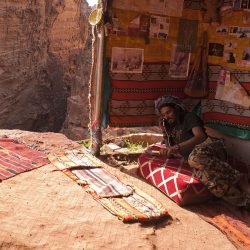 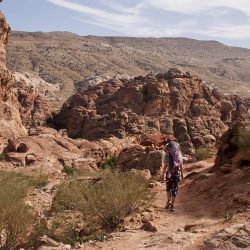 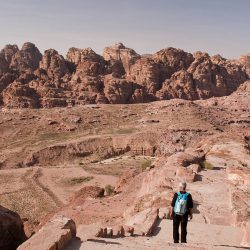