Samos is not just beaches. The island is mountainous. In the center you can find Mount Karvounis, reaching over 1100m. In the western part, Mount Kerkis reaches over 1400m.

Mount Karvounis is covered by forests and vineyards. Small villages are perched on its slopes. We visited a few of them, like Manolates, Vourliotes and Pyrgos. They have the characteristic Mediterranean architecture, with white houses, blue doors and window frames, red roofs and narrow labyrinthine streets.  The villages looked a little deserted, yet the vineyards and orchards (mainly orange and lemon trees) were very tidy. 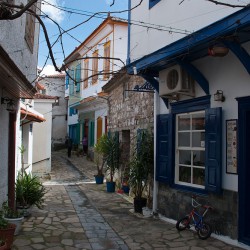 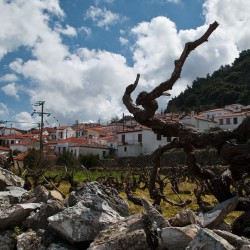 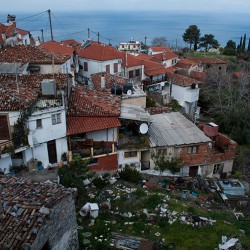 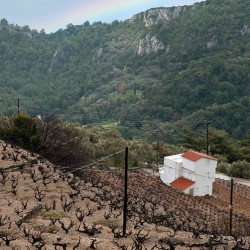 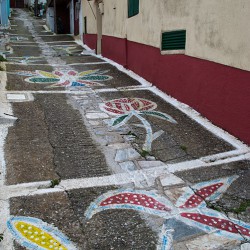 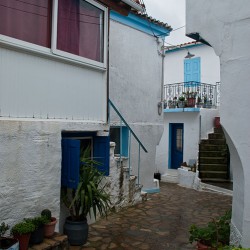 In Vourliotes we stopped at a restaurant. It looked open and it had a great view towards the beaches of Kokkari.  The restaurant had no menu and the old lady that served us had a very limited English vocabulary. We just mimed eating and she took care of the rest. Her husband left right then and returned 10 minutes later with fresh bread. Another 15 minutes and lunch arrived. We don’t know exactly what we ate – round thingies, of several types, along with some orange cream and some green spicy cream. It was (probably) vegetarian and it was extremely delicious. 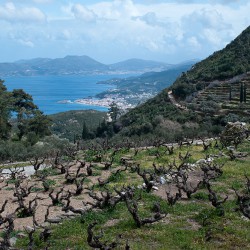 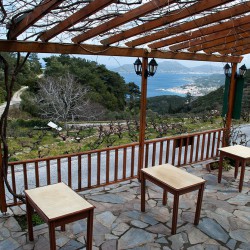 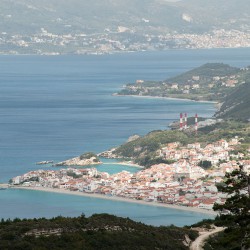 Kokkari in the lower part and Vathy in the upper

Another thing that jumped at us was how many cats were around. Like….. many. They looked like they ruled the place. They came at you when they smelled food, but without any “Meow” or “Prrrr”, just a cold flat stare. Like it’s your privilege to give them food. Like they have plenty already. They probably do. 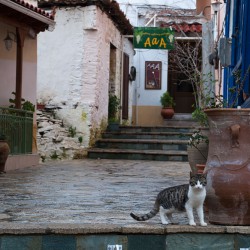 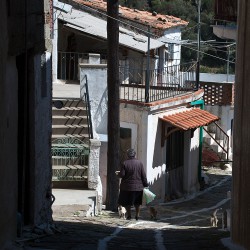 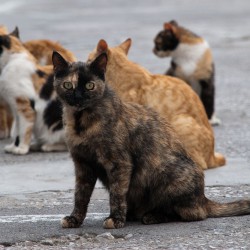 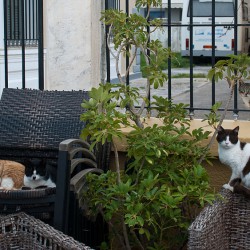 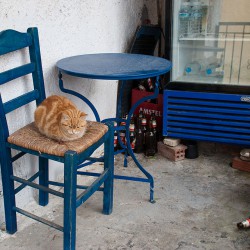 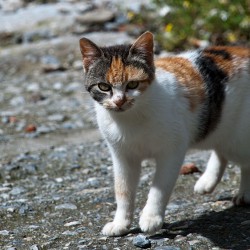