I don’t have a lot of experience kayaking. So a two day self guided sea kayaking trip sounds like a good opportunity to learn new stuff. Christina set me up with the right equipment. Long narrow kayak. Lots of dry bags. Neoprene boots. Waterproof map. Even a pair of paddling gloves. After a brief description on how to get in/out of the kayak, I was off. Surrounded by the blue sea. Blue skies. Feeling the joy and emotion of a new adventure. And I had already forgotten everything about getting in/out of the kayak. 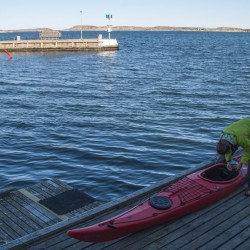 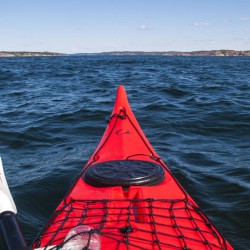 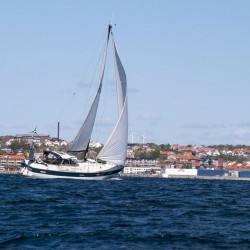 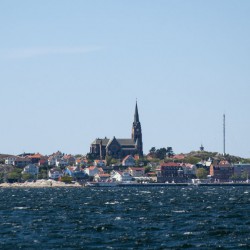 Such fun. So adventure. Much awesome. Yet, on the open waters, with the strong wind, the waves were challenging. Not dangerous, but I had to put a lot of consideration and effort into my paddling to go where I wanted to. And, after a few hours, I had my first problem. I had to pee. Searched for a nice little remote uninhabited beach. Approached it and jumped out of the kayak when the water looked shallow, paying attention not to get too close and scratch the boat. But the water was not as shallow as I thought. Lost my balance. Fell backwards in knee deep water.

So I was wet, on a windy beach, “enjoying” the 10 degrees Celsius. Took out my mat and put it between some bushes and an old little shed. The spot was shielded by the wind, but exposed to the sun. Perfect to dry and have a short nap. Rested for about 20 minutes, until I heard some noises. Something was happening on my little deserted beach. Woke up and looked around. An old man, pushing a wheelbarrow, was approaching me. He was German, had a farm on the other side of the island, and came to this beach to work some stuff at the shed. After a little chat, I went back to the kayak and boarded it. Such a comic sight. The wind and waves were pushing the boat back to the shore, as well as pushing water inside of the kayak. I was trying to paddle out of the little bay, while also emptying the water out of the kayak and setting the dry skirt. The old man asked if I wanted help. “I can help carry the kayak to my farm. Then I can drive you back to the harbor in Grundsund”. “No, I’m fine. Don’t worry” – while sitting in a puddle, struggling to get the boat moving straight. 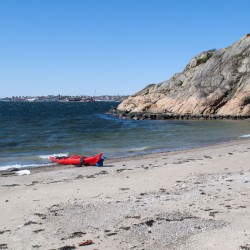 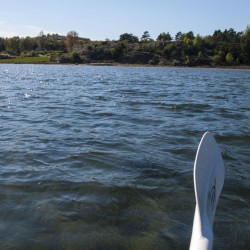 Eventually, I escaped the bay. The following part of my trip was not as exposed to the wind, with calm and shallow waters. There were houses scattered on the islands on either side, but most of them were empty. Holiday homes. Few boats. Lots of birds. Decided on the camping spot, following Christina’s tips. Approached the beach and waited until the water was shallow. This time I made sure by using the paddle to measure. OK, time to jump out. With an elegant ninja move, I was one foot in the water. Then I fell backwards. Again. A leg and an arm were knee deep / elbow deep in mud. Damn.

I had winter clothes in the dry bags. I changed and used the wet clothes to decorate a bush. The bush of shame: 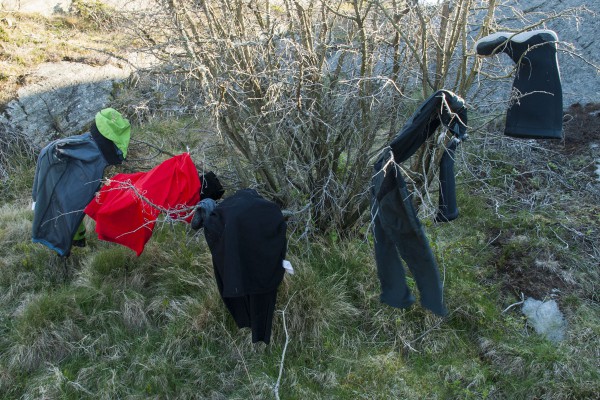 Then I prepared dinner. First course: instant noodle soup. Followed by half a can of meatballs or something like that. Really yummy when you don’t have any other choice. 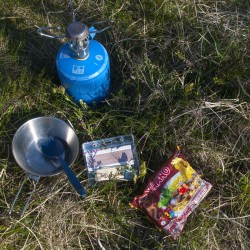 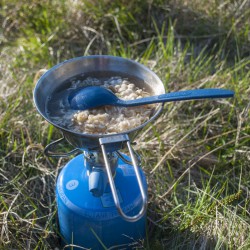 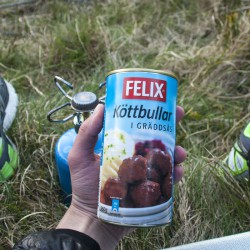 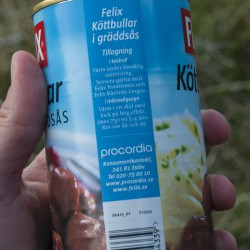 I hope heating it is enough 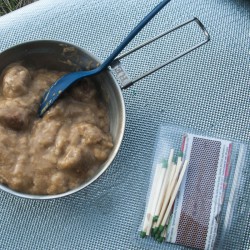 Dry and fed, I set off to explore the island. Discovered I was not alone. A few sheep were checking me out from the distance. 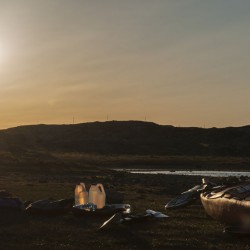 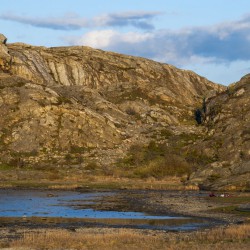 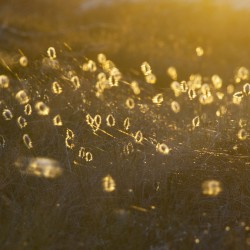 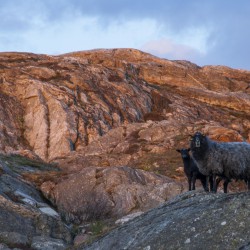 The night passed uneventful in my winter sleeping bag. Woke up in the morning and discovered two things. First, some of my stuff were covered in a thin crust of frozen dew. Second, I had the worst shoulder, arms and back muscle fever ever. Also, some painful spots on my palms, from the paddle. Packed the stuff and boarded the kayak without falling in the water/mud. Went towards the Grundsund harbor enjoying the sunny weather, the calm waters and the dry clothes. 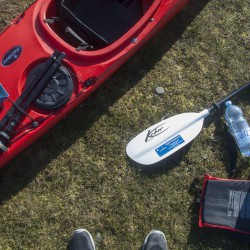 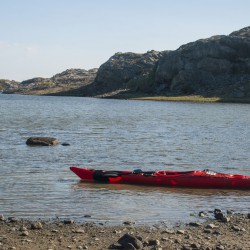 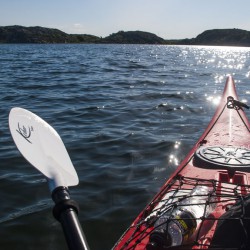 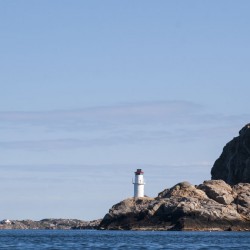 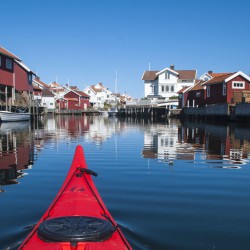 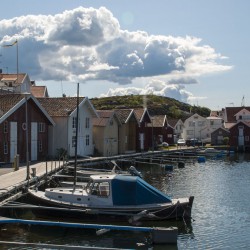 I’ll continue highlighting the equipment that helped me enjoy this adventure. My softshell kept me warm even when wet, on windy weather. Another essential piece were my winter hiking socks (Decathlon brand), which also kept me warm despite being soaking wet most of the time.

One Reply to “The Swedish Kayaking & Camping Adventure”