This first part of the London series highlights some of the sights that caught my eye. London is a very contrasting city, with old Baroque or Gothic buildings mixing with modern glass-covered skyscrapers, which poses a challenge when composing a shot. It is also mostly cloudy (which in photo terms translates to dull). But my biggest problem would have been the lack of a tripod. Fortunately, that was solved in my first day there. All but one of the photos here were shot using it.

This first picture is a 30 second day exposure (thanks to an ND400 filter). This is the ONLY way you can see the London Eye moving! 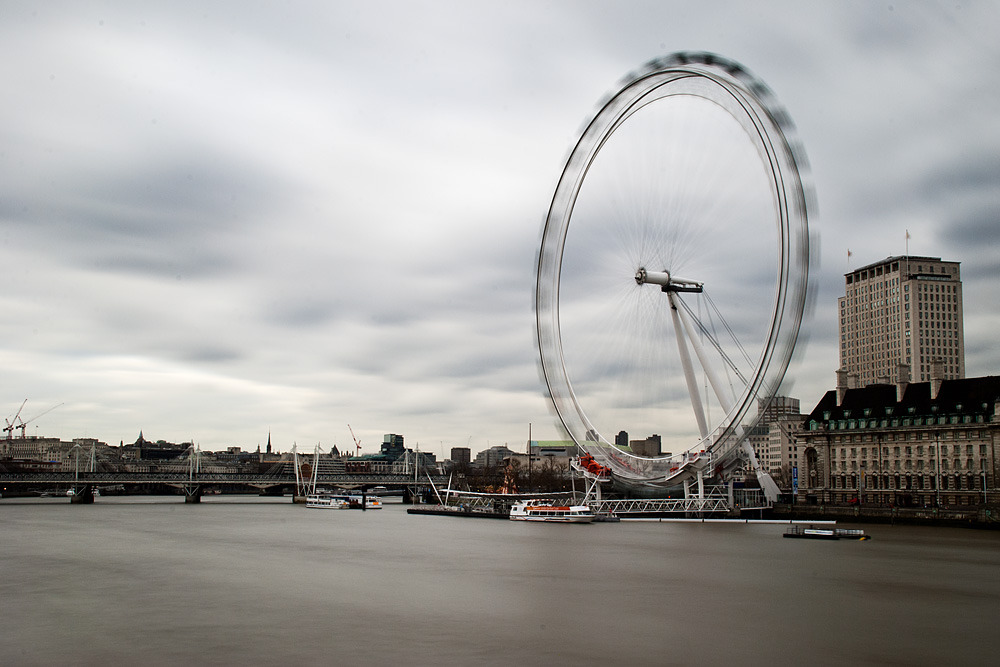 Here we have 3 dusk shots of St Paul’s Cathedral. 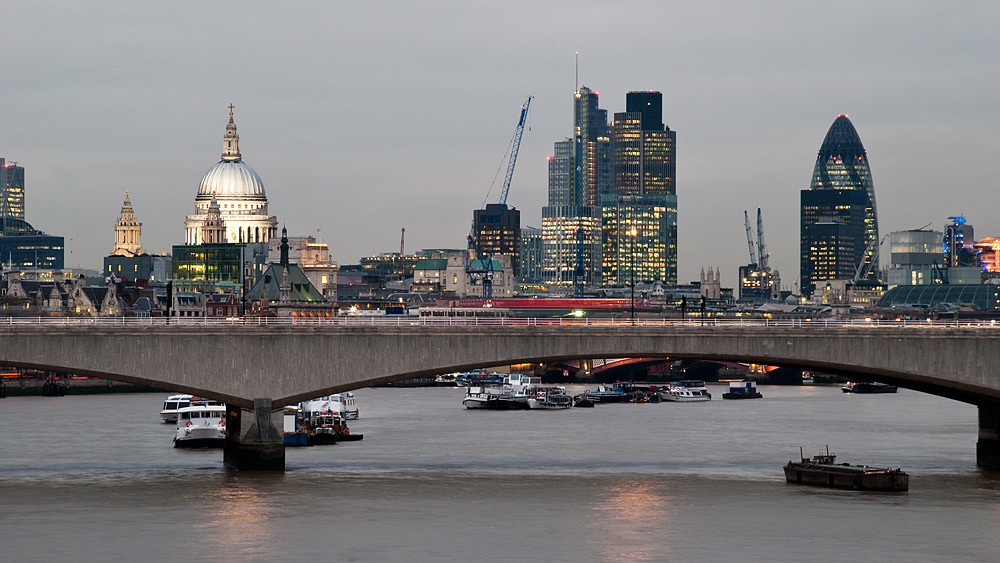 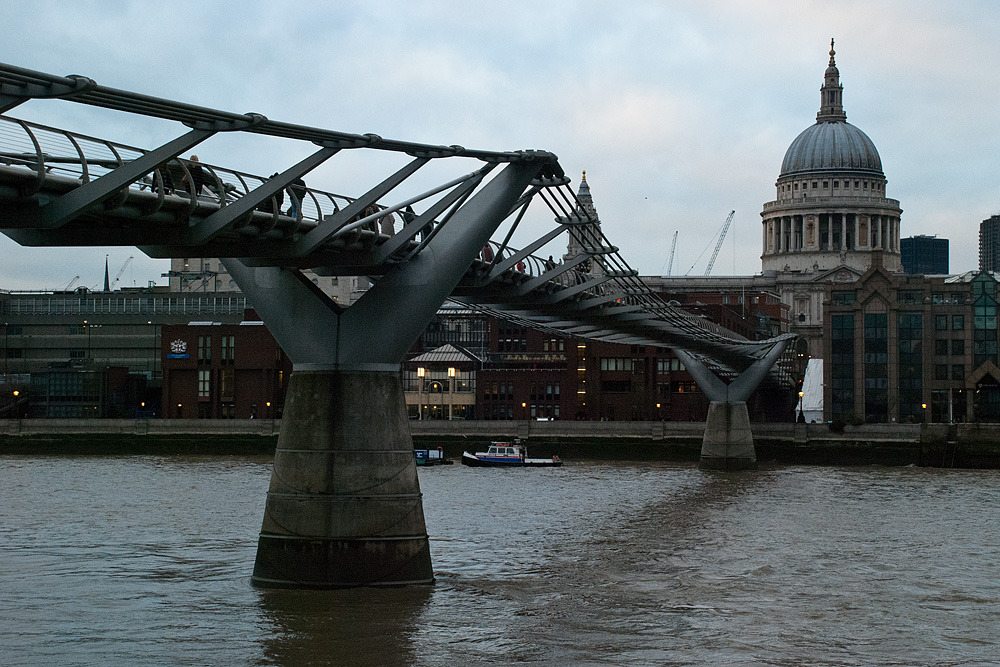 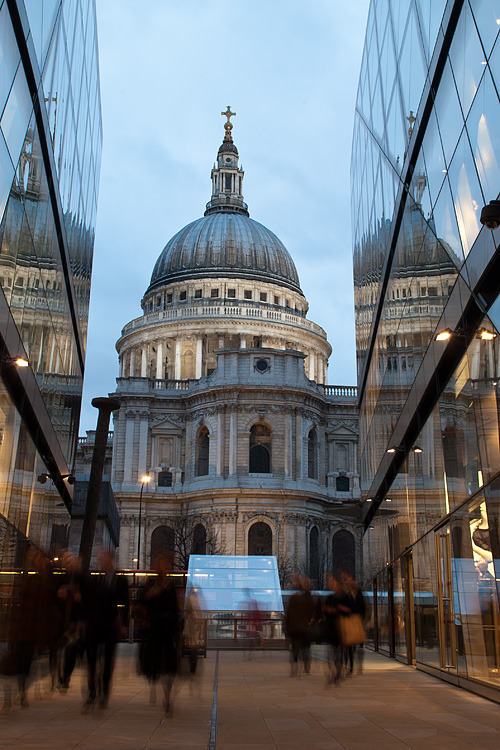 Big Ben – notice the British flag on top. Converted to black and white out of laziness to fix the white balance. 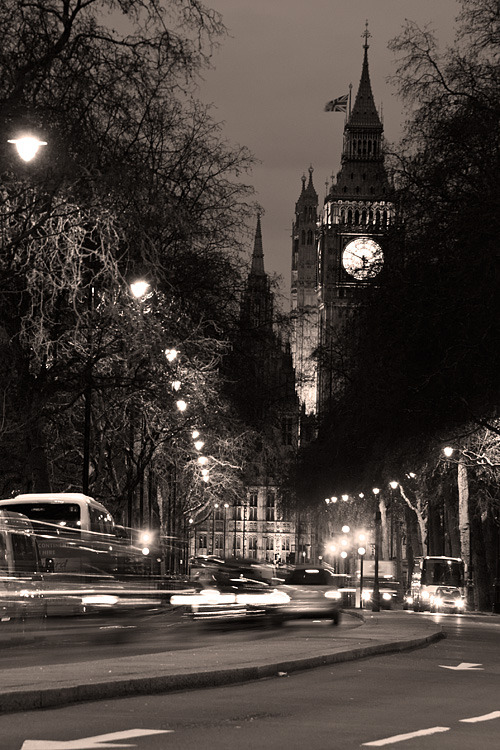 And, finally, Piccadilly Circus (one of the most photographed sights in London, according to wikitravel). To complete the cliche, I’ve added some double-decker buses. 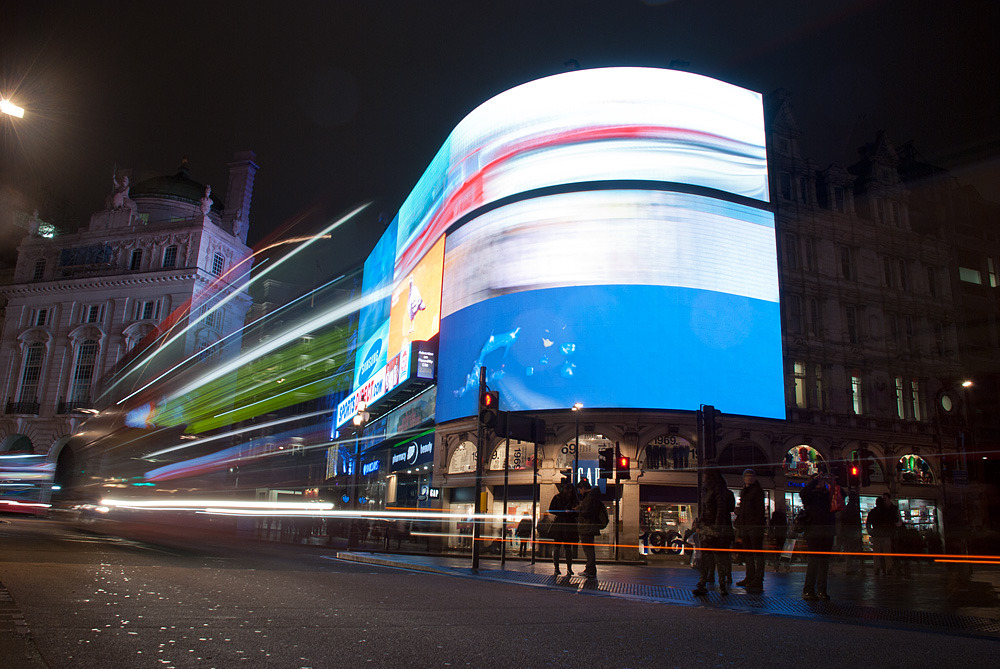