For those that don’t know what “Bike 4 Mountains” is, … you’re missing out on things! It was my second try at this epic contest. I had a go 4 years ago and we all know how that ended.. This time I had two goals in mind:

I nailed #1 perfectly. I did fly over the handlebar once, but I landed on my feet, so I technically didn’t fall. I also slipped while walking besides the bike on a steep slippery descend, but since I wasn’t on the bike, it doesn’t count as a bike crash.

I failed miserably at #2 though. Did take a lot of (probably) cool photos, but didn’t get to see them, as I managed to lose the camera after the contest. Well, sucks. I’m grateful though for all  the awesome photos below to Fodor Corina Maria. 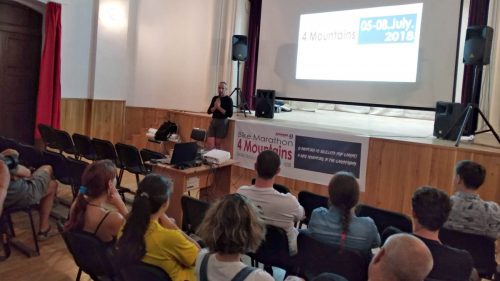 Most of today was new. Started from Leresti and climbed ~1500 m in elevation on some mountain roads. Just before Papusa Peak we took a trail dug out by the organizers on the side of the mountain. The descent was pretty technical and I loved every moment of it. Tried to stay on my bike for as much as possible. In the end, I felt confident on my bike, despite it being a ‘99 hardtail.

In Rucar we had an intermediate finish. The organizers took us by car (to avoid a section of paved road) and then we had another 6 km section with a steep sweet descent just before the final finish line in Stoenesti.

A similar profile when compared to stage 1. Climbed 1400 m on the classic road to Leaota Peak. Steep technical awesome descent to Fundata and a finish in the Cheile Grădiștei complex. Really enjoyed the descent through the forest. 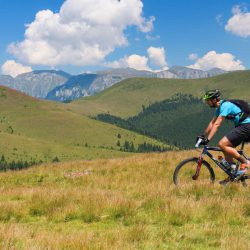 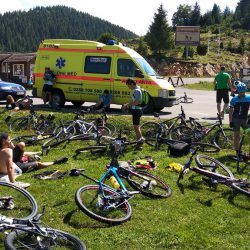 Chilling in the sun

Compared to the other days:

But don’t imagine for a second today was boring. This area between the Bucegi and Piatra Craiului Mountains has a lot of nice short trails hidden in-between the villages and guesthouses strewn all around.

The gem of the day was the (in)famous river section. About 4 km on a dirt road alongside a stream, crossing it about 20 times, even going down the stream for 20-30 m at a time. Loved. Every. Moment. I’m usually against races that have you repeat a loop several times, but I definitely wouldn’t mind that here. Felt like a kid splashing in the mud. Pure fun.

After two days of dry weather, today we had a couple showers. We were pretty lucky (actually slow), being among the few to stay dry. 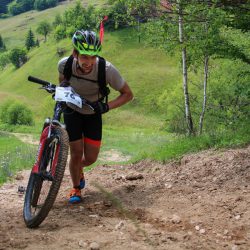 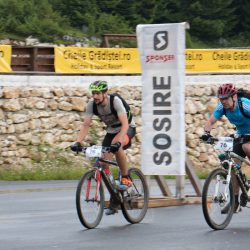 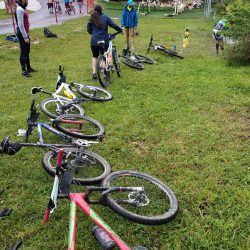 Today was all about the rain. The forecast came true and it rained through the night. We got spared as we prepared in the morning and packed our bags and tent. After the start, the rain resumed, going stronger and stronger as we progressed through the stage.

We climbed up to the alpine areas of Bucegi on a mountain road with some trail sections. Due to the weather, we took an alternate route, spending less time at altitude. We descended on a gnarly forest trail, steep and muddy.

We got down the mountain just to discover we had another short climb + trail section added, so that the distance and elevation gain of this alternate route would match those of the original one. Really struggled here. Tons of mud, slippery roots, streams instead of trails and puddles instead of roads.

I did the final meters of the descent besides the bike. With all that mud and water, I managed to go through most of the brake pads and I didn’t want to fiddle with them now.

The finish line caught me with mixed feelings. We finished 4 awesome days of world class mountain biking. We didn’t get injured and we didn’t have any technical problems. And I was sad to see it come to an end. 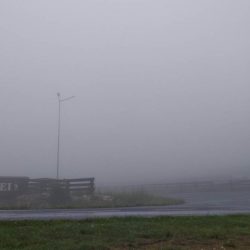 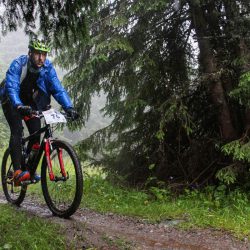 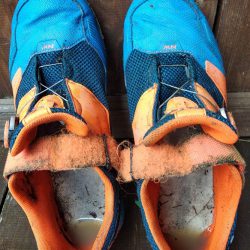 It rained a little.. 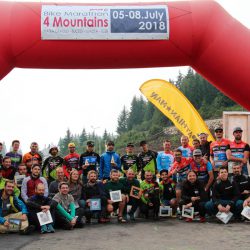 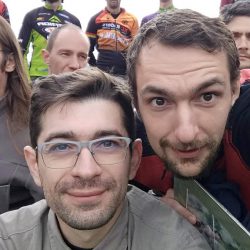