A buffet breakfast in a remote place almost 2100 m above sea level is a great way to start the day.

Reached the high point of my tour – Grand Col de Ferret, ~2550m. Not the view I expected though. This is also the border between Switzerland and Italy. Arrivederci Svizzera! 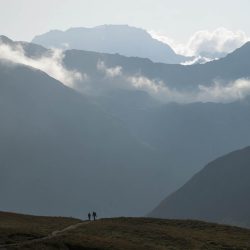 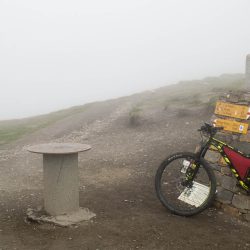 Had some very good mountain biking (km 10-20 in the Strava track). Mostly level trail, good quality, great views. The descend into Courmayeur was steep and technical. Walked most of it. I guess somebody more downhilly than me, on a day with fewer hikers, would have fun. 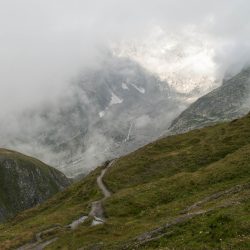 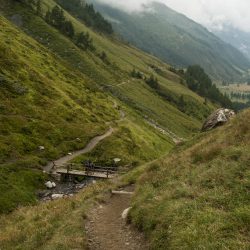 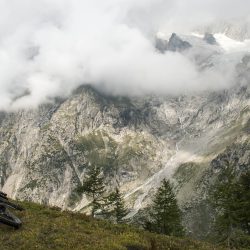 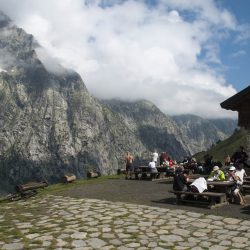 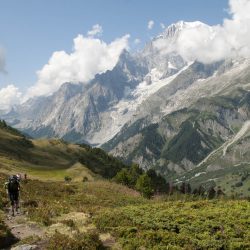 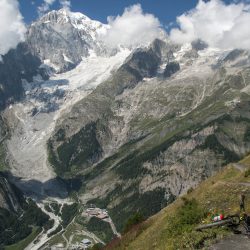 Wanted to buy some soda and fruits, but the only store I could find was closed during lunch hours. 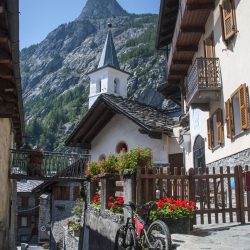 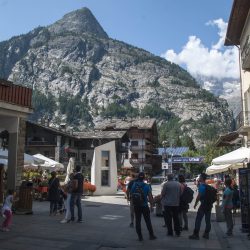 Courmayeur was also getting ready for the UTMB

From Courmayeur I had a 900 meter climb to today’s shelter – Maison Vieille. The climb was mostly on paved roads, with the final third on gravel roads (which become ski slopes in the winter).

On long boring hot climbs like this one I like to think about a reward at the end, something to motivate me. It’s usually a 2L bottle of soda. But I would be OK even with a smaller one, say 1.25L. As I got to the shelter, I threw my bike (gently against a table), entered the dining area and asked for the largest bottle of Coke they had. The largest was unfortunately also the smallest they had – the ubiquitous 0.33L can. Made a sad face, then took 2. Later I walked past a room which had something like 100 1L bottles of Coke (in the photo you can only see a part of the stash). Supplies for the upcoming UTMB. 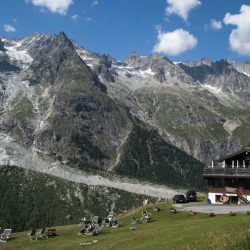 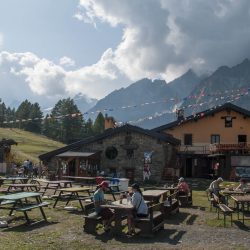 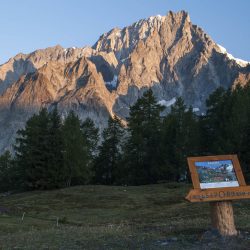 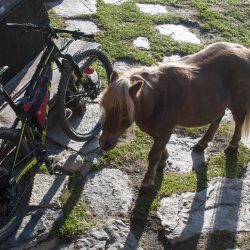 That beast was chewing on my custom build Rogue Panda frame bag! 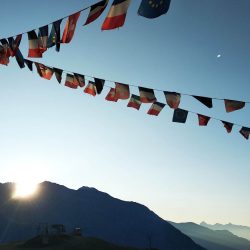 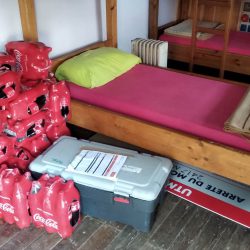 So close, yet unreachable

For dinner we had pasta. A big plate for the 4 of us sitting at a table. Struggled a little, but we managed to clean it. But it seems that in Italy pasta is an appetizer. The main course was pork with vegetables. For dessert we each got an apple. And then we got the dessert, a slice of pudding something. Best meal so far.