By early afternoon, during the second day, we descended the Mount Lacauti ridge and reached DN 2D. But we were not back in civilization yet. Our route left the paved road and continued north, into land uncharted in my mountain maps collection. 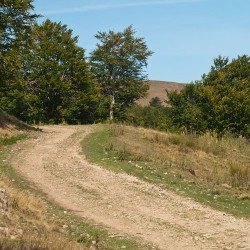 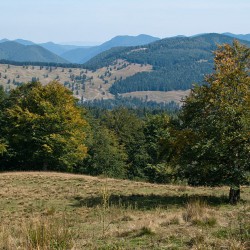 After 24 hours of dehydrated food, we were tired of it and felt the need for something tasty. So we decided to buy some cheese from the sheepfolds along the way. At the first sheepfold, we were approached by a bunch of big dogs. They were silenced by the shepherd, who also told us he doesn’t have cheese for sale. We were luckier the second time. We were surrounded by 20+ dogs, but these weren’t the big let’s-attack-a-bear type. Here the shepherd gave us not only cheese, but also bread, onions and pate. We talked a little about his life there. He told us he lost 6 sheep this summer due to wolves. 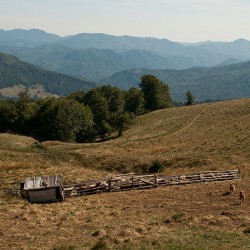 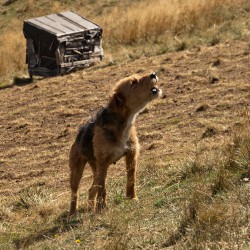 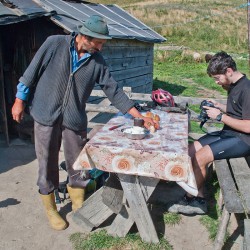 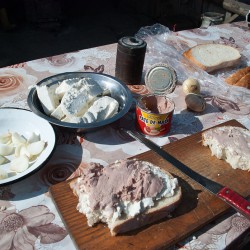 We continued for a few more kilometers and camped nearby another sheepfold. We were once again greeted by a bunch of big dogs, barking and running towards us. They were followed by a shepherd, cursing them and throwing rocks. We later found out one of the dogs has a history of attacking people. 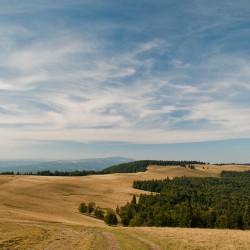 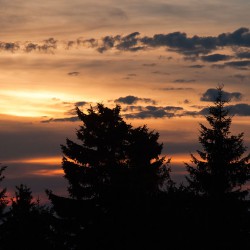 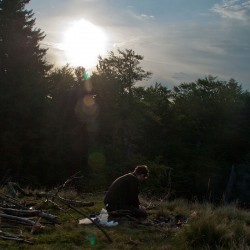 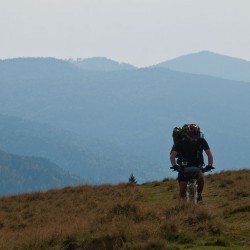 The third day meant leaving the mountains and returning to civilization. After a series of trails, forest exploitation roads and segments with no roads at all, we eventually made it to the paved roads. Stopped in Onesti, ate, and took the train(s) back to Bucharest. 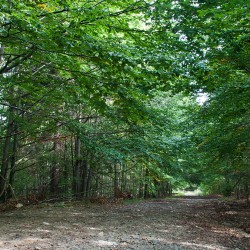 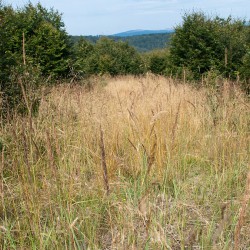 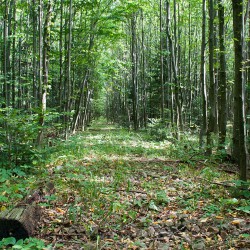 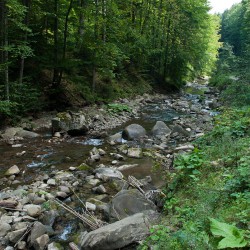 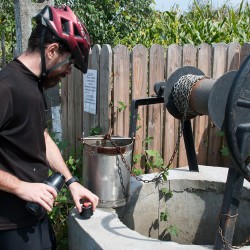 Update: Alex put together a video with the adventure: