Aug 22
The toughest section of the Colorado Trail is the one between Buena Vista and Silverton. There are over 200 miles through remote areas, with no easy resupply options. The trail climbs into the San Juan Mountains, known for their difficult terrain and temperamental weather.

Took another shower this morning. Doing the math, instead of one shower in 5 days, I now have 2, which doesn’t sound that bad. Before leaving Buena Vista, I briefly stopped at a gas station. Bought a breakfast burrito 🙂

The sky was covered by some dramatic looking clouds, partly obscuring the mountains that I was heading for. The closer I got, the more ominous the clouds became.

Finished the detour, then the half of segment 13 that I was allowed to do. The forest here was soaked by last night’s rains. The narrow bushy trail also soaked me. I’ll just count that as shower #3. 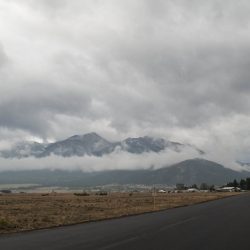 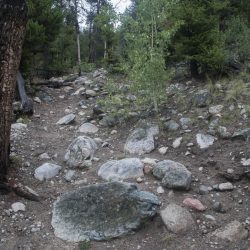 Mount Princeton Hot Springs Resort. Saw it on the map, but didn’t know want to expect. The guide book said it’s a minor resupply point. Indeed, I saw they have a store, but I didn’t check it out. Because I saw they also have a restaurant. One page menu – I’ll have a burger, medium rare, fries, unsweetened ice tea, thank you. Would have liked to spend more time here. Soaking in some hot springs and laying in the sun doesn’t sound bad. But I’ve got 200 miles of tough trails to cover in 5 days. Gotta get moving.

Segment 14. A lot drier. Didn’t seem to get much rain. The clouds also broke and I got to see the sun. Great weather – hoping it will look like this for the next 4 days as well. 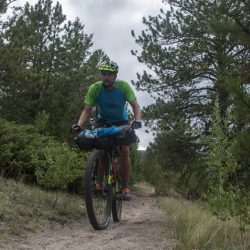 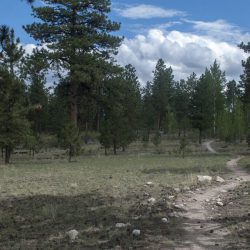 Met somebody else bikepacking, but going the other way. He says he was doing the Buena Vista – Silverton trail, but last night’s rain soaked his down sleeping bag. He’s had it with the cold and humidity, so he’s retreating. Well, that sounds comforting.

Discovered something that gives me great comfort when I’m camping in remote places by my self. Watching a movie. Took advantage of yesterday’s hotel wifi and resupplies on movies as well. Tonight I saw “Upgrade”. Cool sci-fi flick, nice fighting, interesting plot. 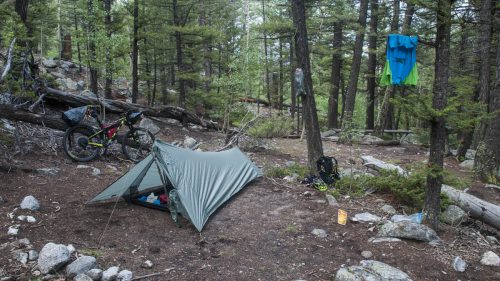