Aug 23
I was so pissed off and depressed this day, that I wrote the journal the following evening. But let’s start with the beginning.

Seems Monarch Pass is yet another skiing resort. At the top of the pass they have a store with a little restaurant inside. Unfortunately, as I came to discover, they only serve cold stuff. So I had to make due with a turkey wrap. 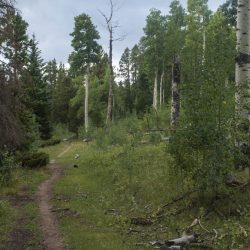 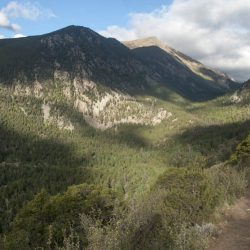 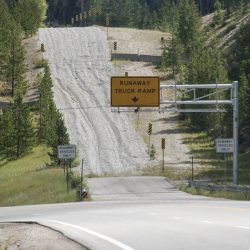 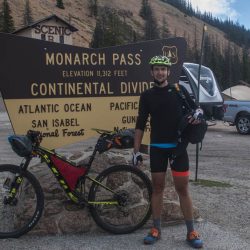 Stayed over an hour there. After the long climb, I was sweaty. Needed to get dry before stepping in the cold wind outside. Several people have told me it’s raining on the other side of the mountain.

But the weather I got was quite the opposite. Nice and sunny, with fluffy non-menacing clouds. The section of singletrack I rode was the best I’ve seen this trip. It’s what I picture when I think of mountain biking. It’s called the Monarch Crest Trail. It has very gentle gradients, despite going up mountains at over 3600 m elevation. On top of the easiness to ride, what makes this trail brilliant is the view. Wherever you look, just row upon row upon row of mountains. 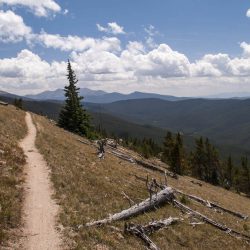 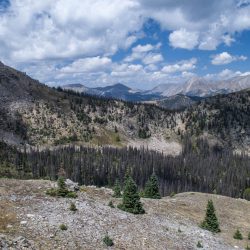 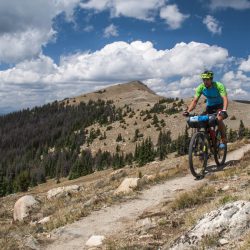 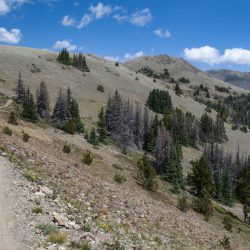 And when you’re at the top, you can only go down. And I felt I was plunging in an abyss. Starting segment 16, the trail got rougher and rougher. Roots and rocks. No, not rocks, boulders. Steep technical descents, but not the fun ones. The “c’mon bike, you can get over these” ones.

And finally, my rear brake started making some unusual noise. I’m not an expert on disk brakes, I know pretty much nothing about them. So I stopped, popped out the wheel and looked. What I was dreading was true – I’ve burned through the brake pads.

Rewind 10 days ago. “Do I need extra brake pads?” “No” said the guy who built my bike. Thinking of that just got me pissed. Should have been wiser. They’re cheap and light – no reason not to have a backup pair.

As I got to the place where I planned to camp, I met a couple who told me they saw 3 bikepackers pass by just 30 minutes ago. The map showed 2 other places to camp in the next miles. They’ll probably stop in one of those, as there’s not much light left. So I went to chase them. Climbed and climbed and reached the first spot. Nobody. Climbed and climbed some more. The sun was setting as I reached the second spot. Nobody. They vanished.

I was just before Sargent Mesa. I set up camp. It was a cold and lonely one. There was no nearby water, so I went to sleep dirty.

I tried to make a plan for the next days. I was in probably the most remote section of the trail. I saw 2 options:
1) Just sit and wait for other bikers to pass by. Some will have extra brake pads. Problem fixed. But are all brake pads the same? No way to know at that moment.
2) Do the following segment on foot. Then descend on tarmac to the nearest city – Gunnison. Just a short 60 km detour one way. This would either set me back 2 days or it would interrupt my trip. 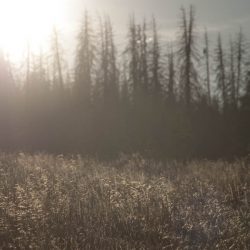 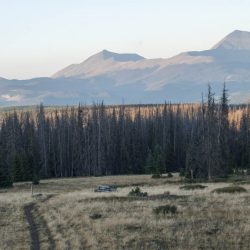