Friday afternoon. Packing. Checked the weather report and only a small rain was forecasted for Saturday, in the evening. With high confidence. Great, so I don’t need to take ALL my rain gear.

Friday evening. Arriving in Moeciu during a pretty serious rain. Registered for the race, then went to the guesthouse. Checked the weather report again. Heavy rain announced all Saturday. Just. Great. Last year’s EcoMarathon I ran the 14k event on a nice sunny day. Others were complaining that it was too hot. Let’s see them complain now.

In the morning, the weather was OKish. It wasn’t raining, but you could almost feel the rain building in the heavy clouds above. 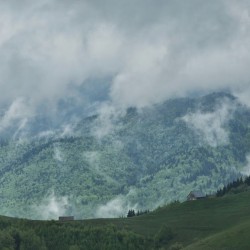 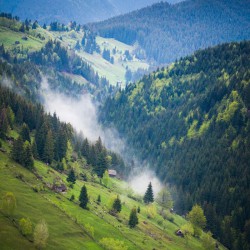 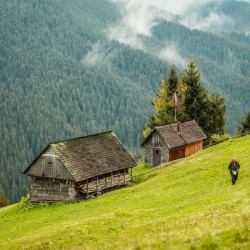 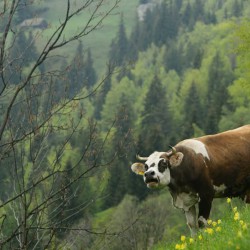 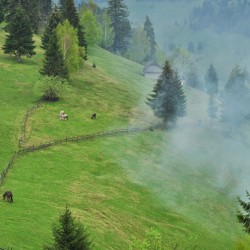 Squeezed in the start area and off we went. Yes, both of us. I convinced Andreea to try the 14k event – “you don’t have to run, you can just walk, there’s no time limit”. Yet there she was, for the first 500m or so, somewhere in front of me, keeping up with everybody else. 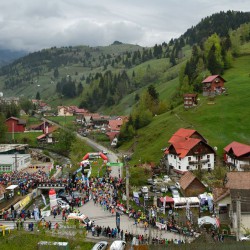 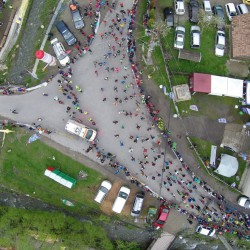 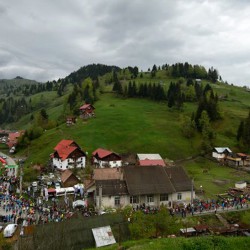 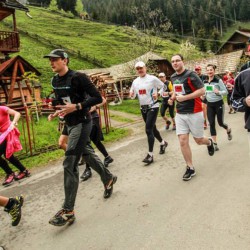 The first loop passed fast. Just got in the mindset for the challenge and I was already on the final descent for this third of the race. Starting the second loop, I felt that I went faster than I should for a run this long. Lactic acid was building in my legs, they felt heavy and going up was not as enjoyable as it usually is. On top of that, after a drizzle on the first loop, it started raining a little more seriously. Put my jacket on and hoped Andreea was approaching the end of her run (which she was!). 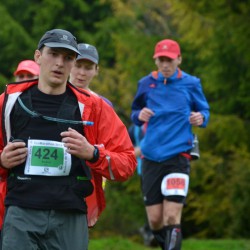 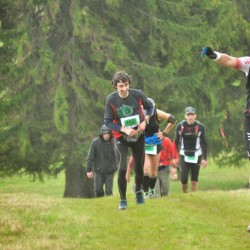 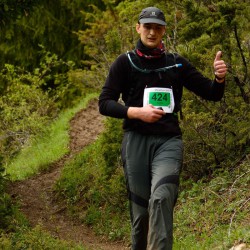 One step, then another. Little steps. No breaks. Almost there. Skidding on the mud. Shoes already wet, no point in going around puddles.

One step, then another. Little steps. No breaks. With these words repeating in my mind, I managed to finish the second loop. Going into the third loop, I started feeling better. I even began (very very slowly) overtaking others. On the final ascent of the race, I was on a roll. Overtook a few people there, then a few more on the straight section, two more on the descent. Finished with a sprint (first time in 3 marathons when I have the energy to do so).  Achieved my 7h target with a 6h55′ run.

Pasta party. Shower. Dry clothes. Awards ceremony. Bearded guy in a dress at the Eurovision final. Sleep. Morning. Sun and blue sky! Beautiful weather for a beautiful Sunday ending an epic weekend. Indulged in a big lunch, then went to the car and drove back to the un-epic real world. 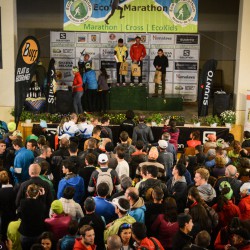 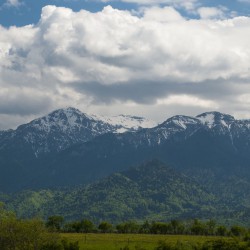 I thought it would be a good idea to highlight the equipment that I rely on and that has proven essential in my adventures. For this first episode I chose my trail running shoes. They’re a Decathlon brand and were about 75 USD when I bought them (while brand shoes range between 110-150 USD here). Yet I have nothing bad to say about them. No blisters or injuries after 2 trail running marathons. They give me confidence and grip on all terrains – mud, wet grass, rocks and gravel. They still feel and look as new (… well, ignoring the dried mud). 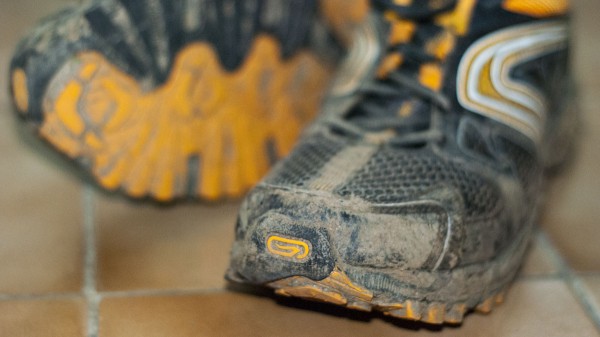