Fast forward a few months. I registered for the Cross race at EcoMarathon. 14 km of running on the hills around Moeciu, with climbs totalling 600m. I can’t easily explain why I registered – I still find it hard to run. Again, I trained minimally – 5 to 10 km per week. I started training in running uphill, which redefined what “hard to run” means for me.

Eventually, the big day came. 1000 people were jammed in a school yard, in the centre of Moeciu de Sus. I was nervous – after my last training session, I had some grim estimates regarding my expected time. When the crowd started counting down “10.. 9.. 8.. 7”, my heart rate went straight up. I wasn’t even moving yet, but I felt I needed a few seconds to rest. 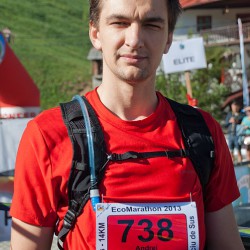 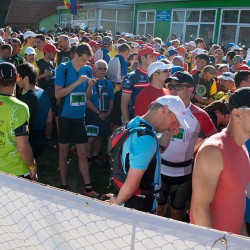 I was in the final part of the “slow runners” sector, so I was among the last ones even before starting. In the first 3 km, which were relatively flat, I was overtaken by most of the other “slow runners”. On the side of the road, bystanders got tired of cheering. One guy: “I’m not gonna cheer them, they’re last”. He did have a point.

When we entered the forest and the climb started, the pace suddenly slowed down. I was feeling better ascending. I was now the one overtaking. I kept a good pace until the final descent. The last 2 km were a steep narrow path going down the mountain, winding left and right. Runners were slow and careful. Meanwhile, I still had energy left. I was confident in my shoes and my feet, so I went straight down. My time was 2h04′, 311th of about 520 that finished. Decent. 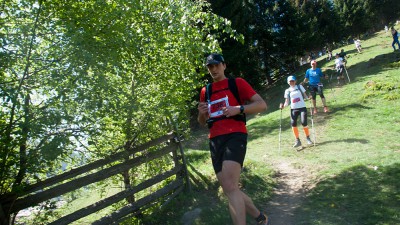 My race was over, but the guys running the marathon were only one third in. So we thought “Let’s go up the mountain and cheer them up!”. 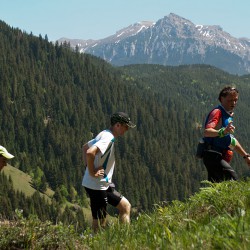 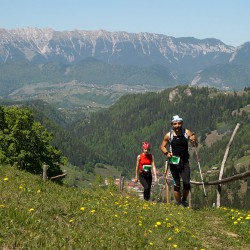 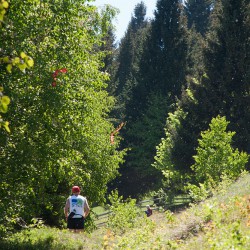 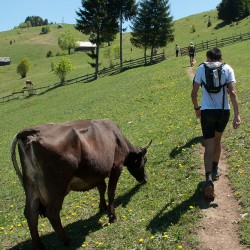 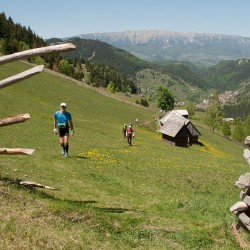 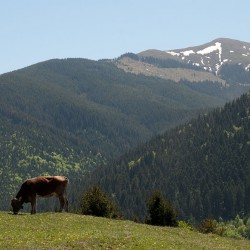 We reached a water point organised by Tanti Nela. That leg of the race goes through her land. Every year, she carries water from a nearby well and also cheers the runners up (after 32 km, they need it). We chatted with her a couple of minutes, while runners were coming and going. “You are not wearing traditional clothes this time” some of them noticed. Tanti Nela replied “Last year wasn’t as hot”, then added for us “Two years ago, it even snowed during the race”. 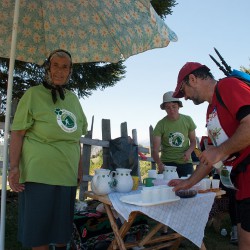 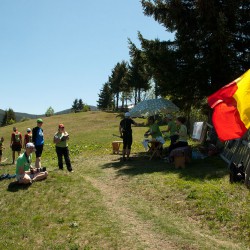 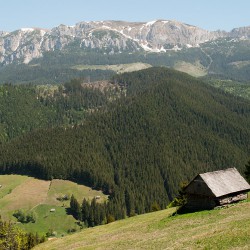 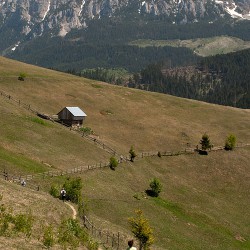 Overall, it was a great experience – great organising, great area, great weather. Now I’ll have to train harder and aim for the 42km race next year!