Sunday, first day after EcoMarathon. We were in the beautiful area of Moeciu. We wanted an active way to end the week, so we decided to go up to Saua Strunga, which I’ve seen a few weeks ago by bike and knew it offers awesome views.

The hike started with a forest road, along a stream. We had to cross the stream a couple of times – the trekking poles proved very useful. We climbed through the forest, counting down the altitude left until the end of the tree line. 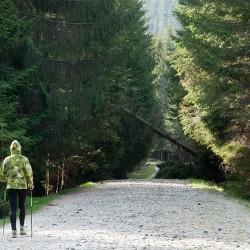 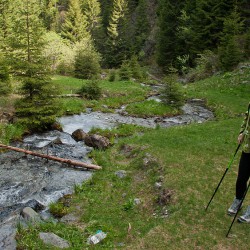 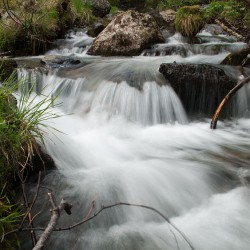 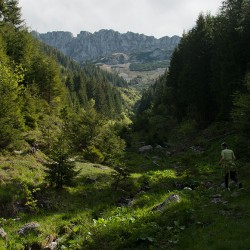 Finally, we were above the forest. The view opened up and we could see the Piatra Craiului Mountain in the distance. We soon reached Saua Strunga and we stopped for picnic. 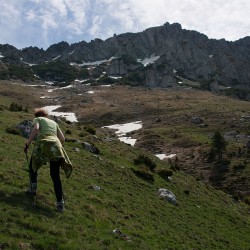 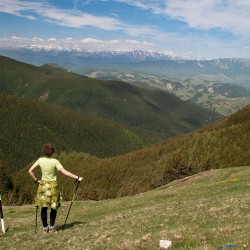 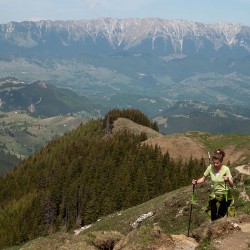 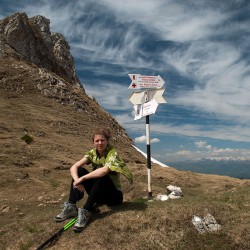 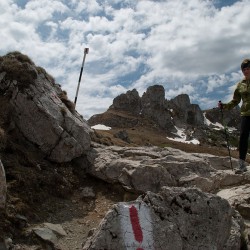 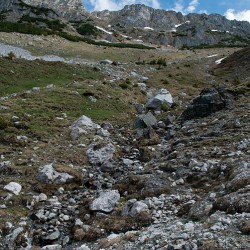 We descended on a different route, towards Poiana Gutanu. The GPS showed a chalet there and we hoped we could buy some water (and maybe have lunch). Unfortunately, the chalet was deserted. Not a big problem, in less than one hour we were back in Moeciu, then in the car, returning to Bucharest. 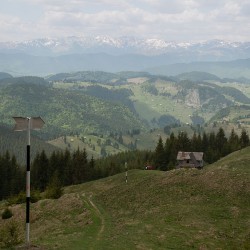 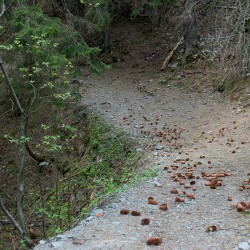 Moeciu.. farewell, until next year!