We headed for the bus terminal in Leon. The nice colonial villas made way for a market that reminded us of Nepal. Took a bus to Managua and another one to Granada. 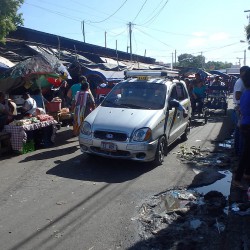 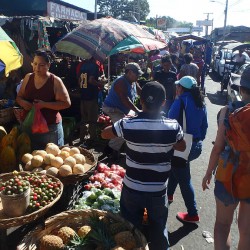 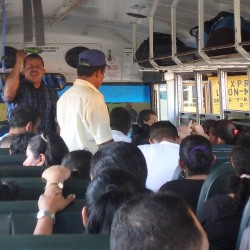 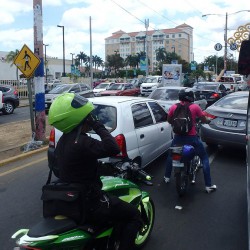 Granada is similar to Leon in some ways. It’s a colonial city, with similar architecture – grand Catholic churches and houses with inner courtyards. 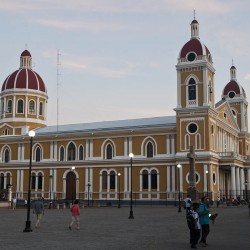 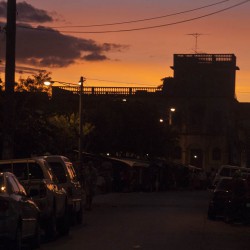 Around Parque Central at dusk 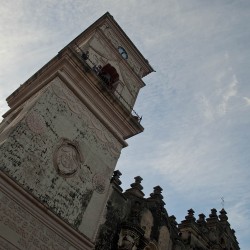 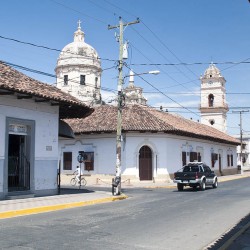 Read a lot of stuff online about safety issues in Nicaragua. Throughout our trip there we didn’t have any problems and we generally felt pretty safe (in the same time we didn’t visit weird places at night, nor did we show off expensive stuff). For example, even in places like Granada’s Mercado Municipal we were comfortable. 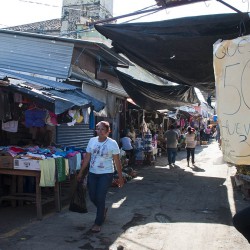 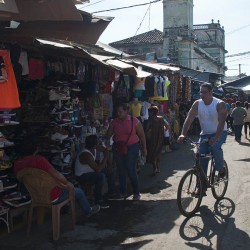 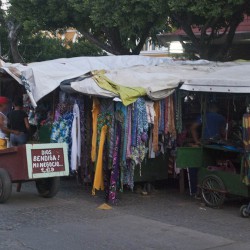 For our last day in Nicaragua we chose a kayak tour around Les Isletas de Granada. This archipelago is just outside the city, on Lake Nicaragua. Our guide told us about each island we passed by. Some were now owned by famous people, mostly Nicaraguan moguls, but there were some foreigners as well (I remember the former King of Spain was mentioned). Other islands were still owned by the people born here – a lot of them being brothers, cousins, aunts and uncles of our guide. He took us through a brief intro into his family tree. With an average of about ten kids per family, the discussion quickly turned from history to math (“so how many hundreds of great-grandsons did you say your grandmother had?”).

We also saw some monkeys on one of the islands. The place was too small to support them, but, being a tourist attraction, they were fed by the locals. 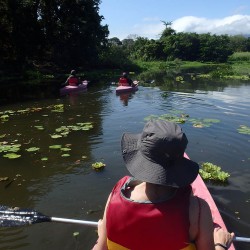 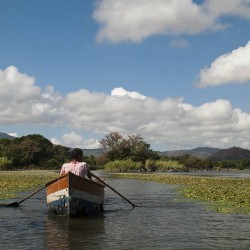 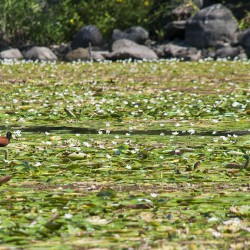 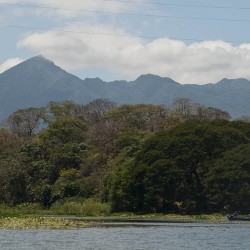 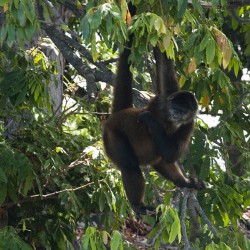 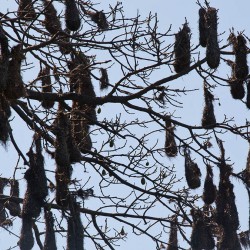 It wasn’t a long trip. About one and a half hours to the midpoint, where we stopped at a restaurant for some fish and plantains. Returned via the same route and went back to our guesthouse. Spent the evening preparing our bags for the trip home. Also noticed all of the spots we forgot to apply sun lotion to, that were now turning red and painful.