Let’s pick up where we left off in the previous post: we were near the village of Comandau (with the awesome Hungarian name of Komando). We camped near a river and prepared a barbecue with cheap sausages (cabanos – Wikipedia seems to be having lots of local food) and potatoes cooked in aluminum foil.

Not everybody had a tent. Some people had only their sleeping bags – the weather was perfect for resting under the starry sky. Other had even less, rolling themselves in something called an emergency blanket, even though the appropriate name would have been emergency tin foil. With such great weather and company, I also ended up sleeping outside.

I woke up at around 6, when a truck carrying workers passed on the road nearby, with everybody on board screaming like crazy. Good morning to you too! Soon, trucks filled with logs started passing also – I’ve yet to find a forest without someone working on chopping it off. 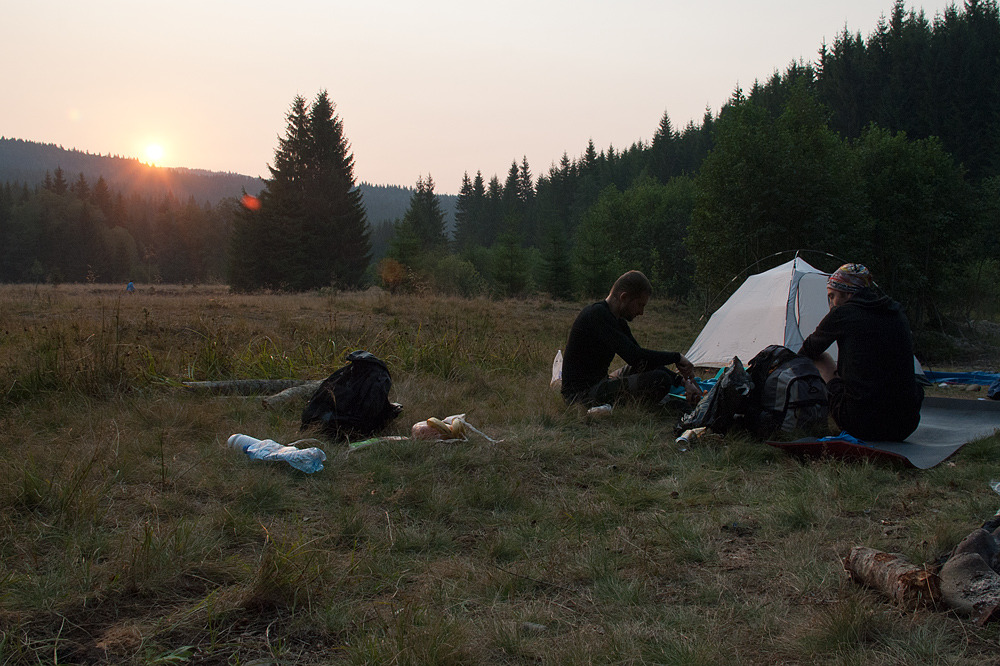 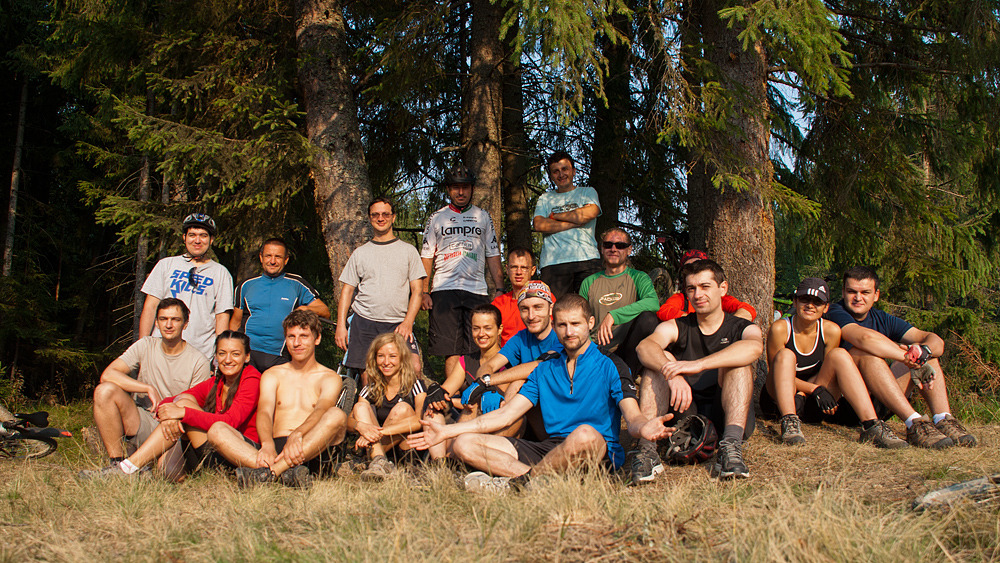 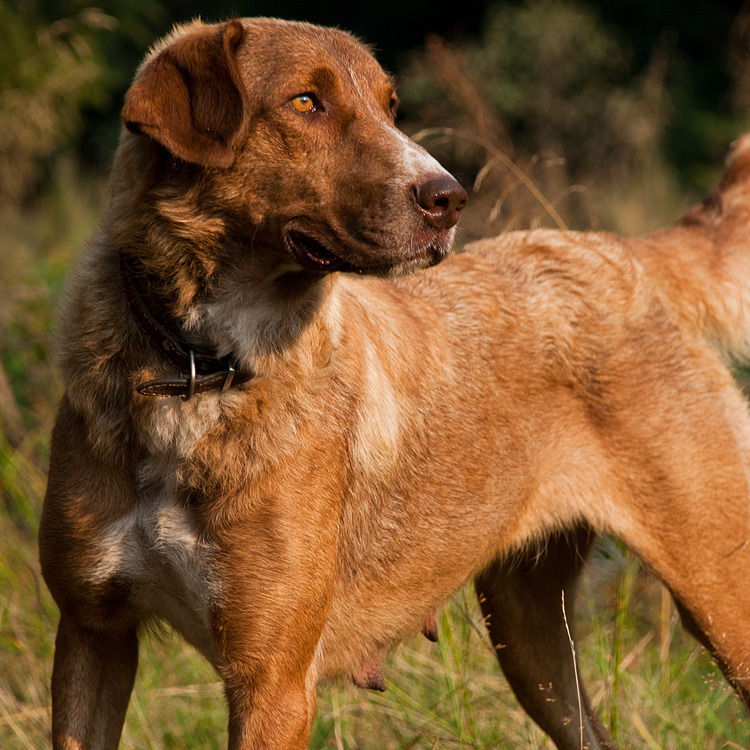 We packed our stuff, ate a little, gave a little more to some dogs from a nearby sheep fold and went on our way. We had 60 km to pedal, but most of it downhill.

Time passes quickly when you’re moving fast, with various mountain sceneries unfolding before your eyes. Unfortunately, the forests eventually ended, villages, people and cars started appearing, while the temperature went up to an annoying level (especially if your water bottle cage breaks and pierces your water bottle). I also got phone signal again – it’s weird not hearing your phone ring for 24 hours. 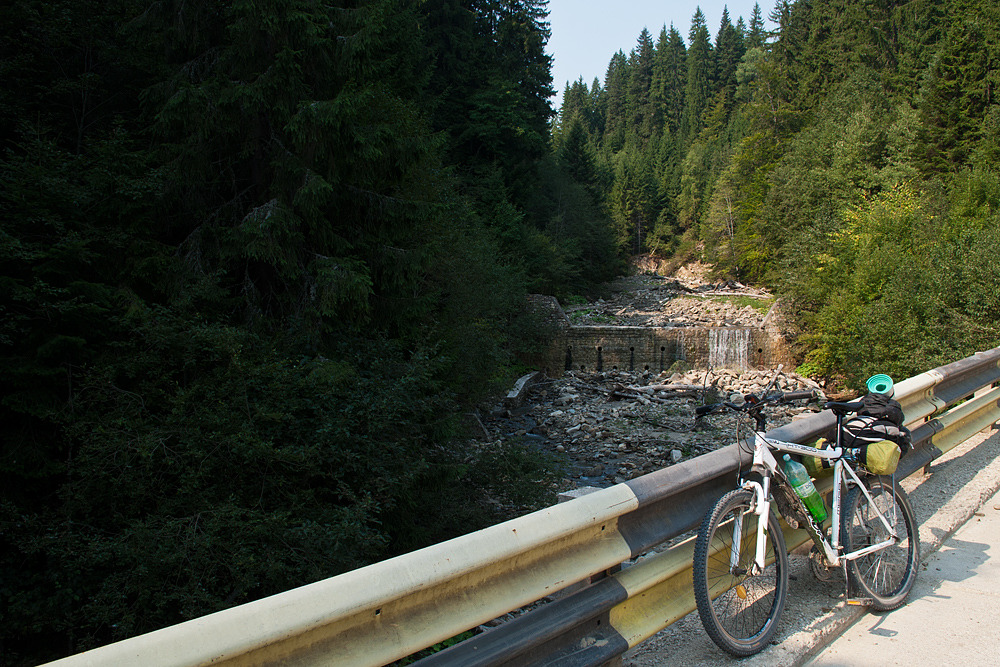 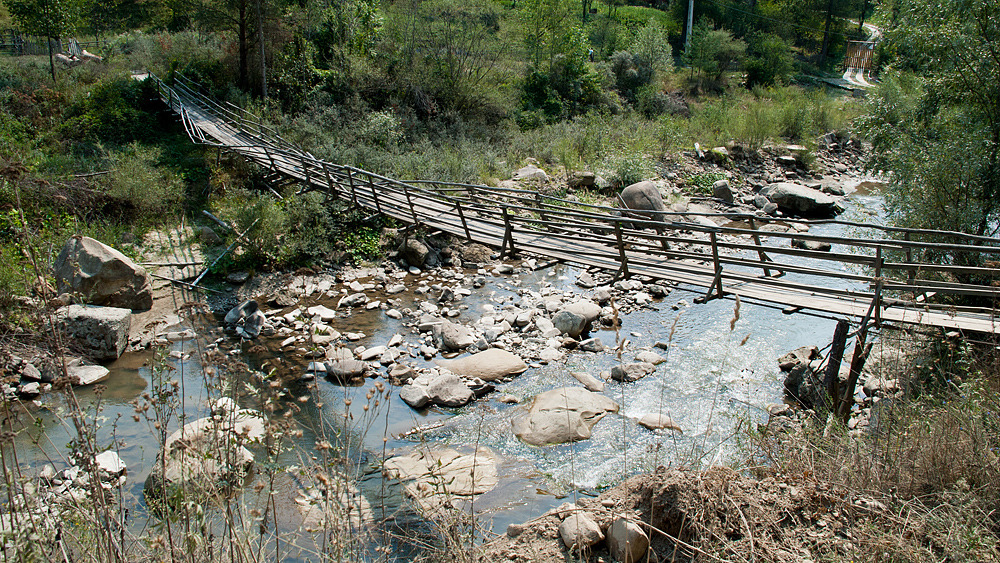 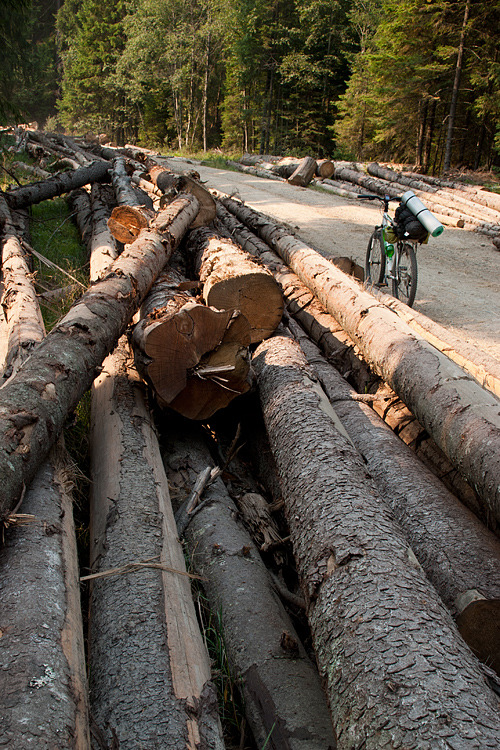 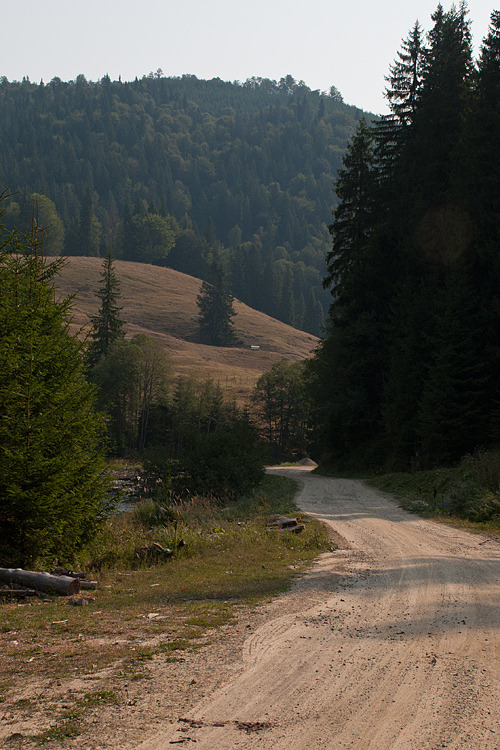 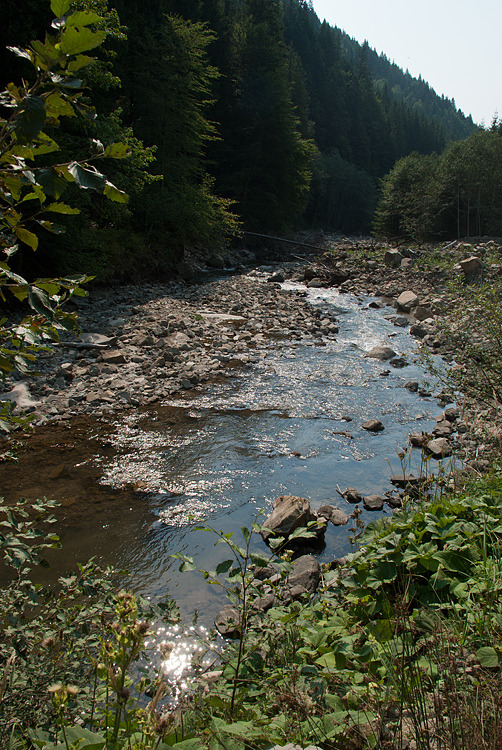 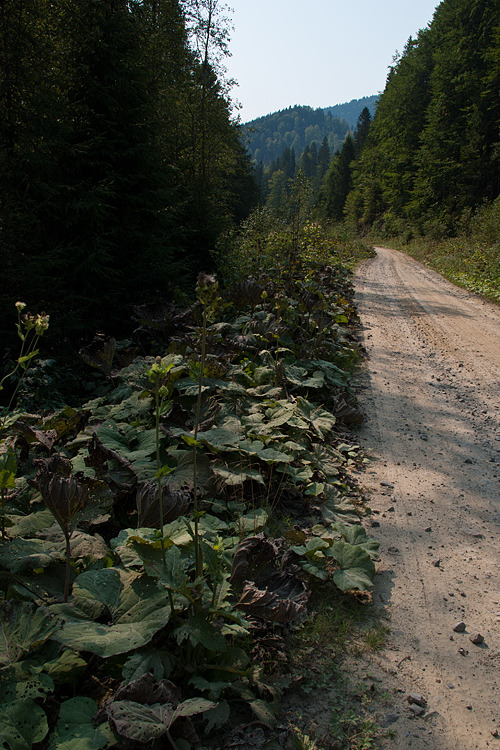 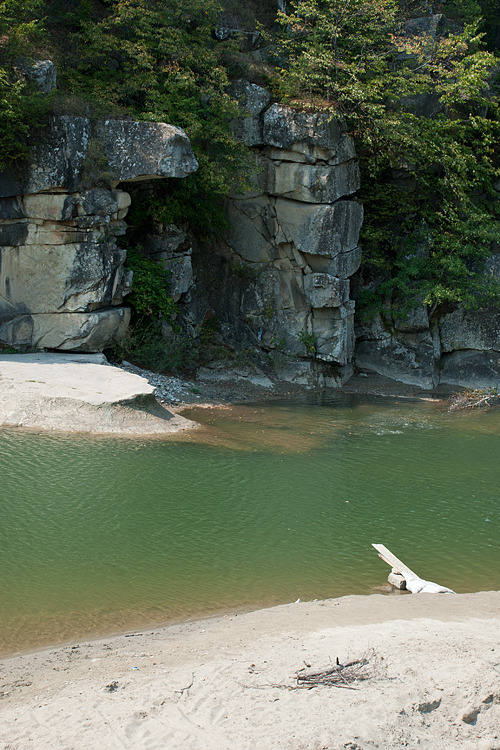 In Nehoiu, we took a regional train (no AC and stopping every 5 minutes) to Buzau. Everybody was tired and tried to find a comfortable position to nap. Instead, I was head out the window, enjoying the air flow and the Romanian villages (did you notice the goat on the car?). After 2 hours in this train and 2 hours in another, I was back to Bucharest. Yay!… not. 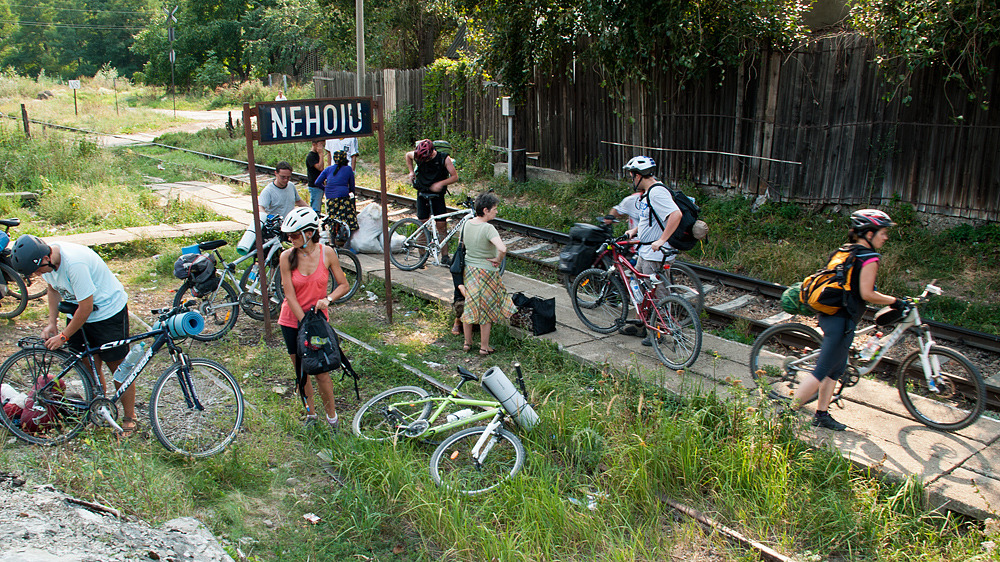 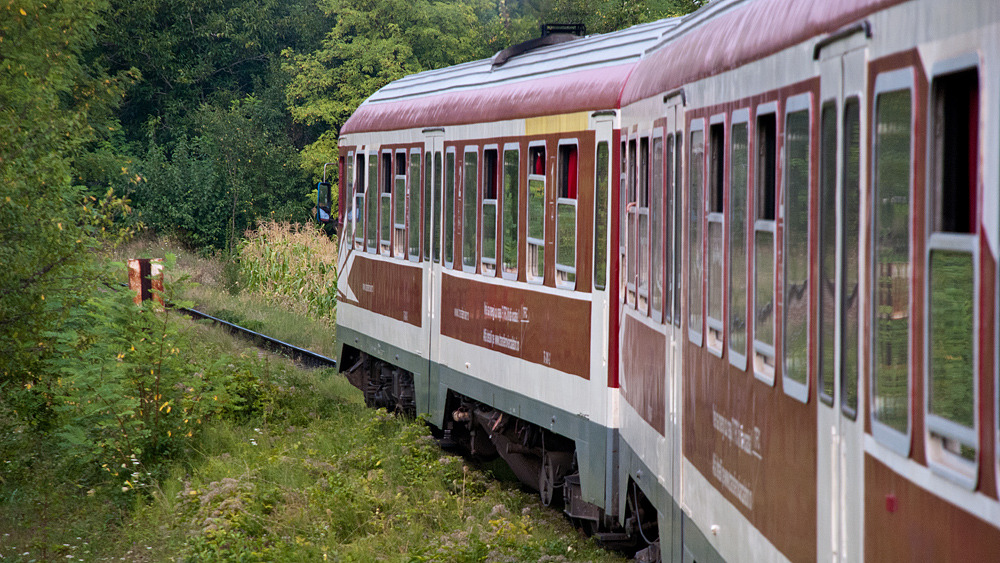 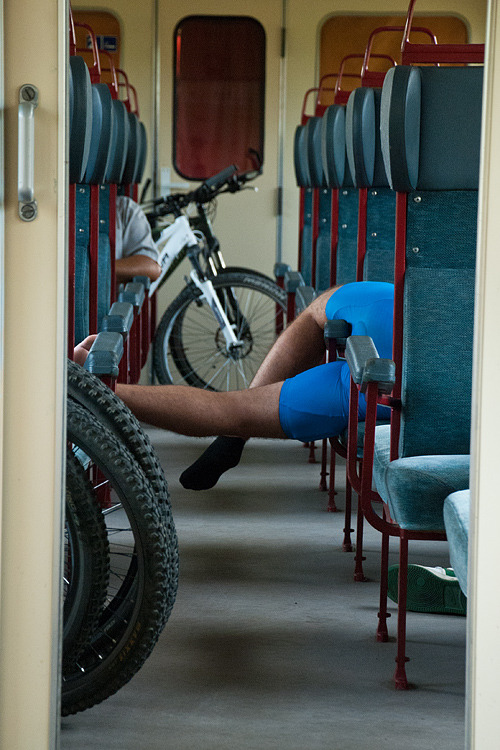 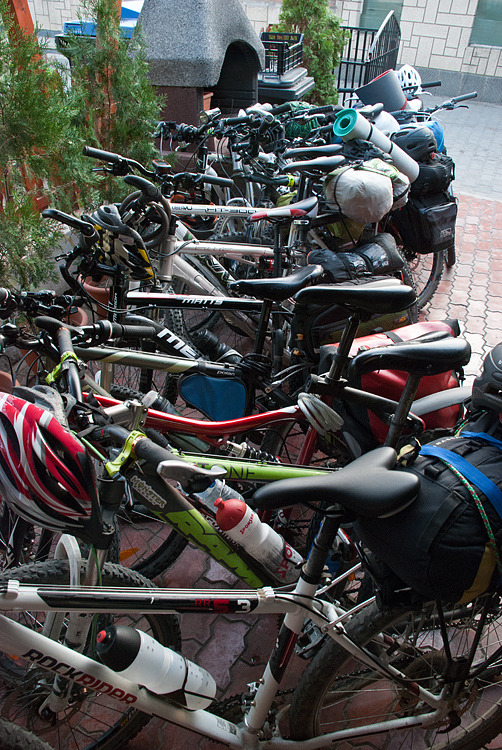 One Reply to “Komando Style – Part 2”