Friday afternoon caught me in the train, going to Brasov. I’ve left behind the oven Bucharest had become (with temperatures that day reaching 40). The train had just a breeze of AC, so you won’t forget it’s still summer. While crossing the mountains, I’ve seen some of the consequences of the heat and drought that hit Romania – vast forests smoking in the distance. According to the news, during that weekend there were wildfires in 35 counties (out of 41). 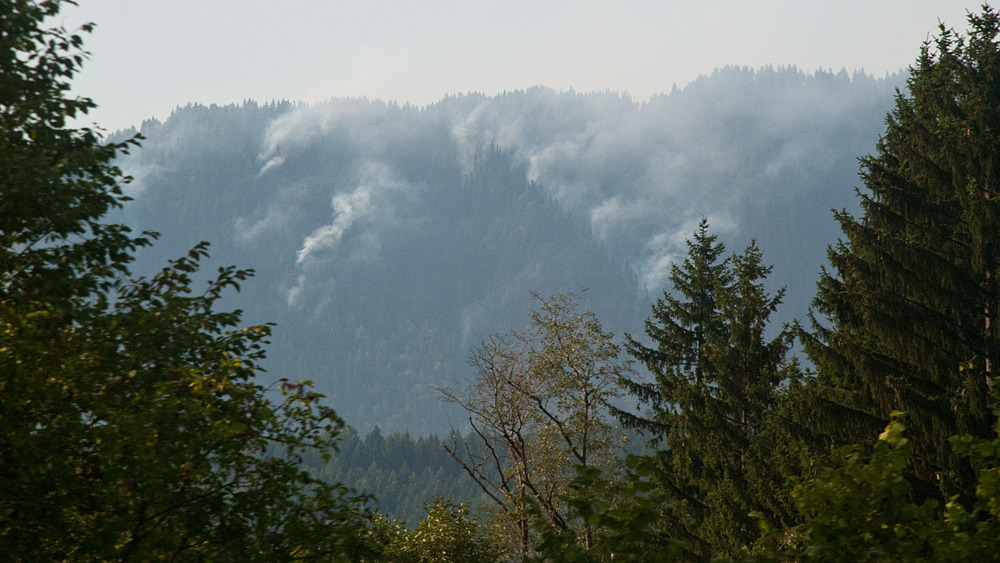 In Brasov, I got on my bike and started the 40 km ride to Intorsura Buzaului. I was making good time. I’ve retired the Samuras and I was using some new offroad Continental tires. They had softer rubber, so they were a pleasure to use on tarmac. The air was hot, the tarmac hotter and I was pedaling as fast as I could, breathing intensely, getting a weird feeling of.. burnt nostrils.

When I started the small climb towards Pasul Buzau, just before Intorsura Buzaului, the sun was setting. I kept my rhythm – I didn’t want to bike by night. I was at Transylvania’s border, the mythical land of Dracula, and I didn’t want to encounter any vampires. Furthermore, it started to get cold and my cotton t-shirt was not an appropriate choice. Thankfully, by dusk I reached my godparents. 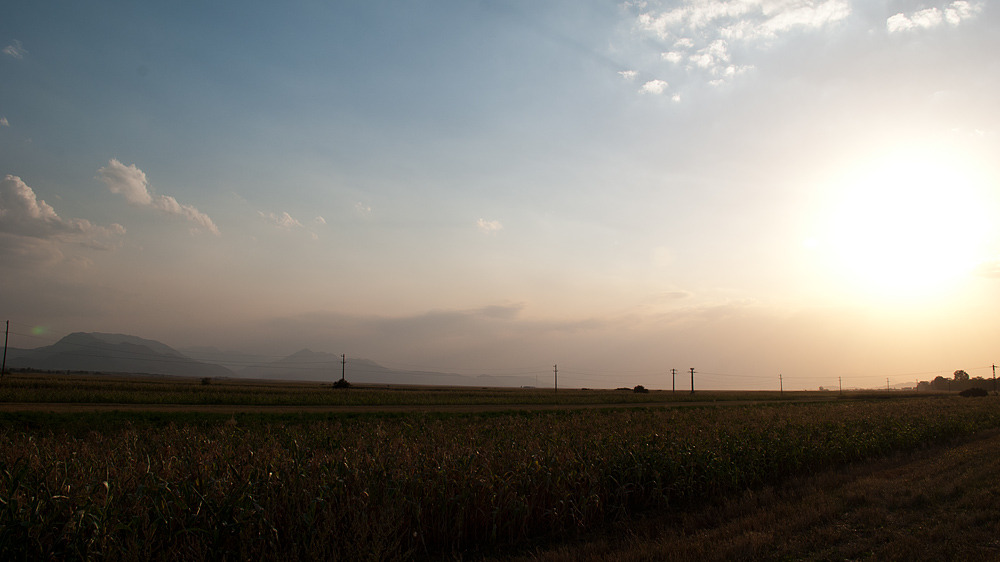 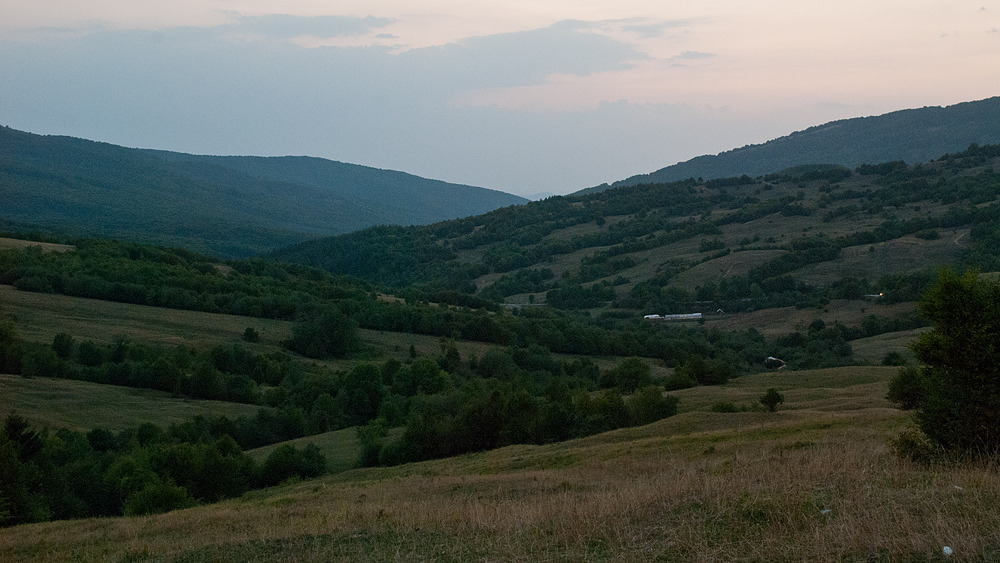 The next morning, I woke up with a view of the Ciucas Mountains. I went on a short ride to the town’s center, where I noticed people don’t lock their bikes. In Bucharest, I use one thick lock in guarded parkings or two thick locks elsewhere. I was a bit scared leaving my bike unprotected, but I also enjoyed the feeling of a small community. 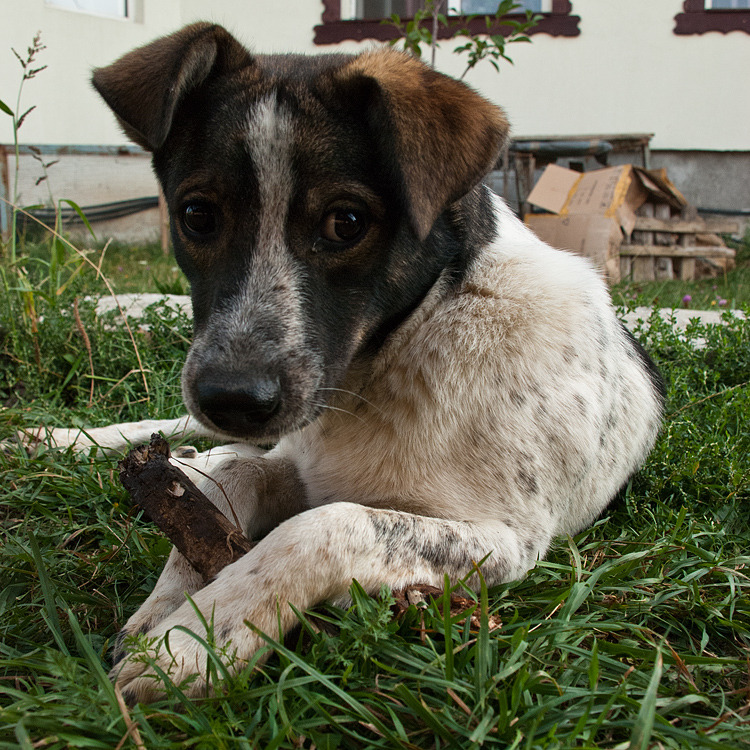 Around noon, the rest of the group arrived. I didn’t know how many they would be, since facebook event attendance varies vastly when compared to actual attendance. Still, here the number was spot-on: we were 18. 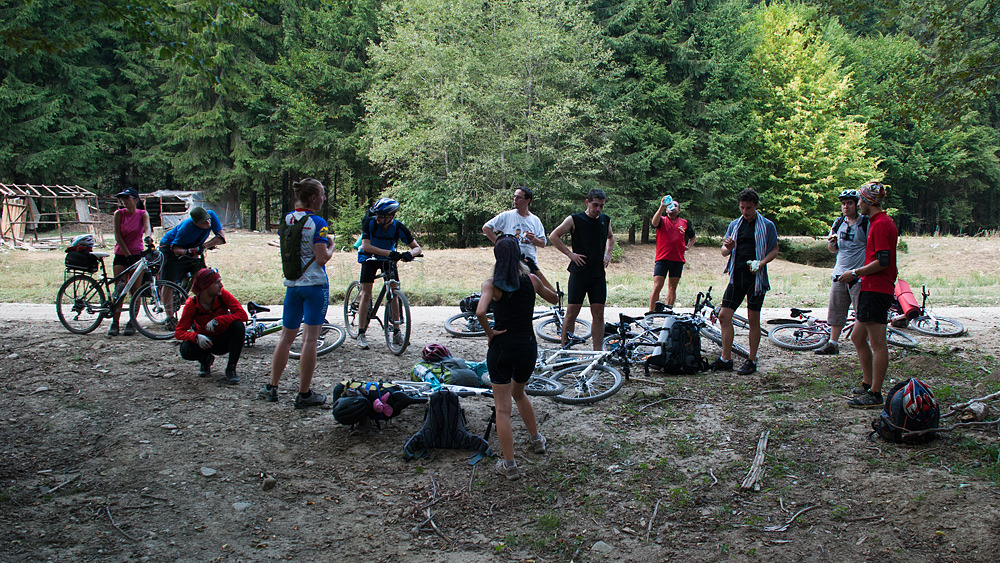 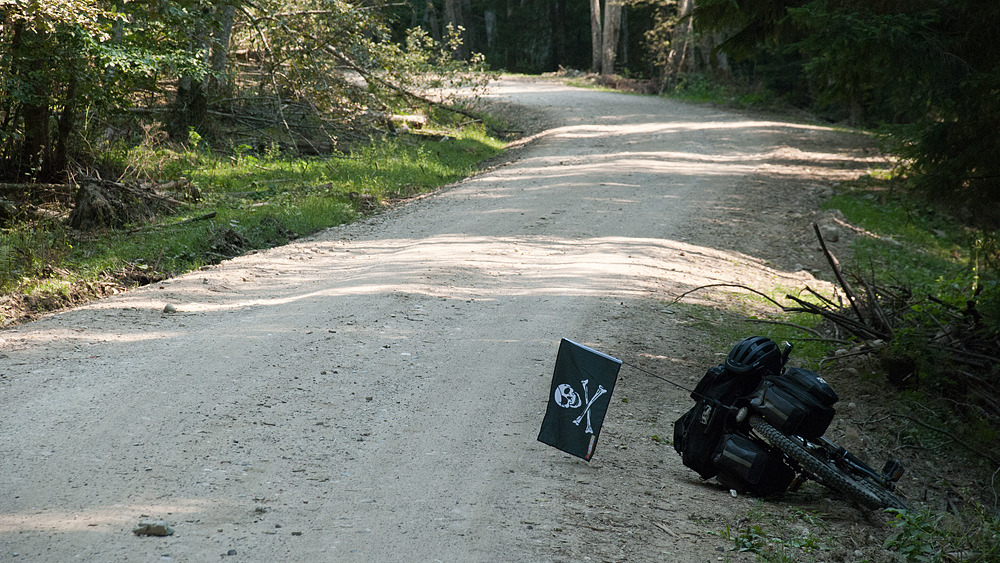 We stopped near the village of Comandau (or Komando, in Hungarian). Having no paved roads and no cell signal (well.. I don’t have Cosmote) protected this village from rich-but-tasteless city people (the kind that build houses in strident colors and personality-less architecture). 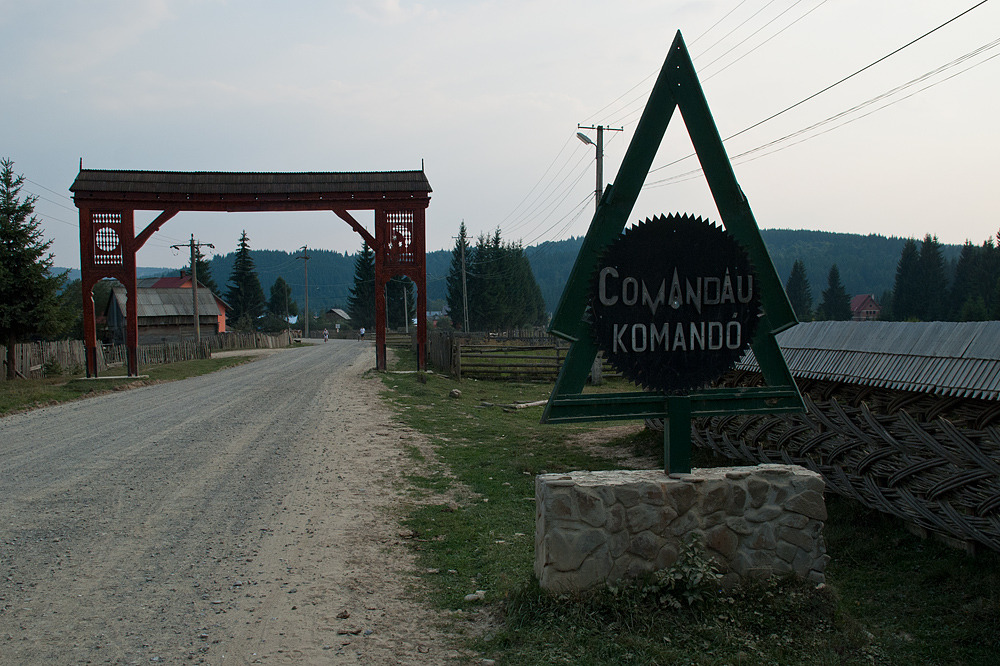 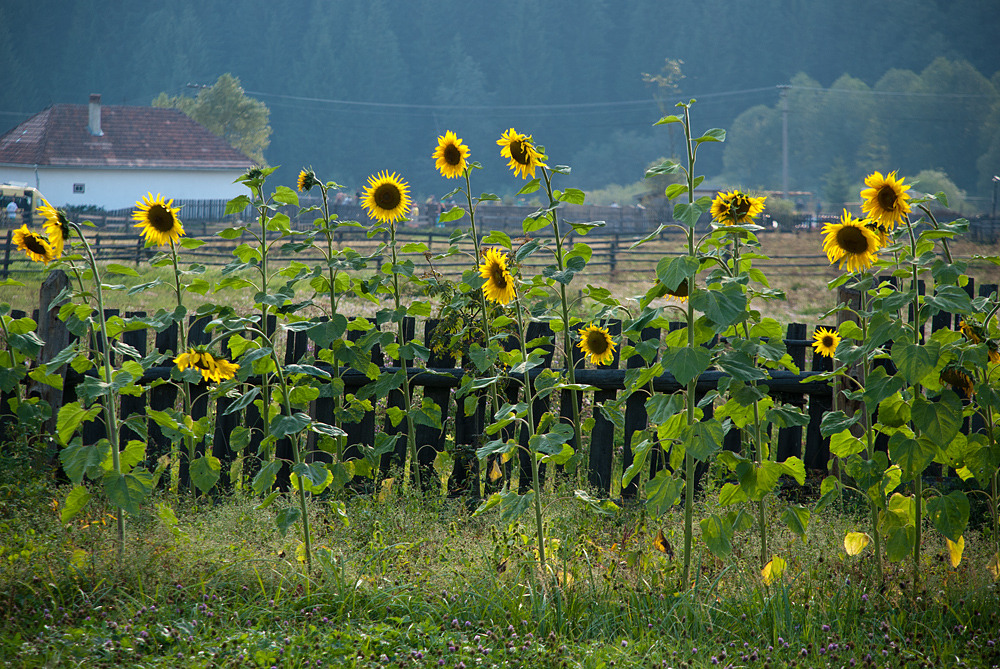 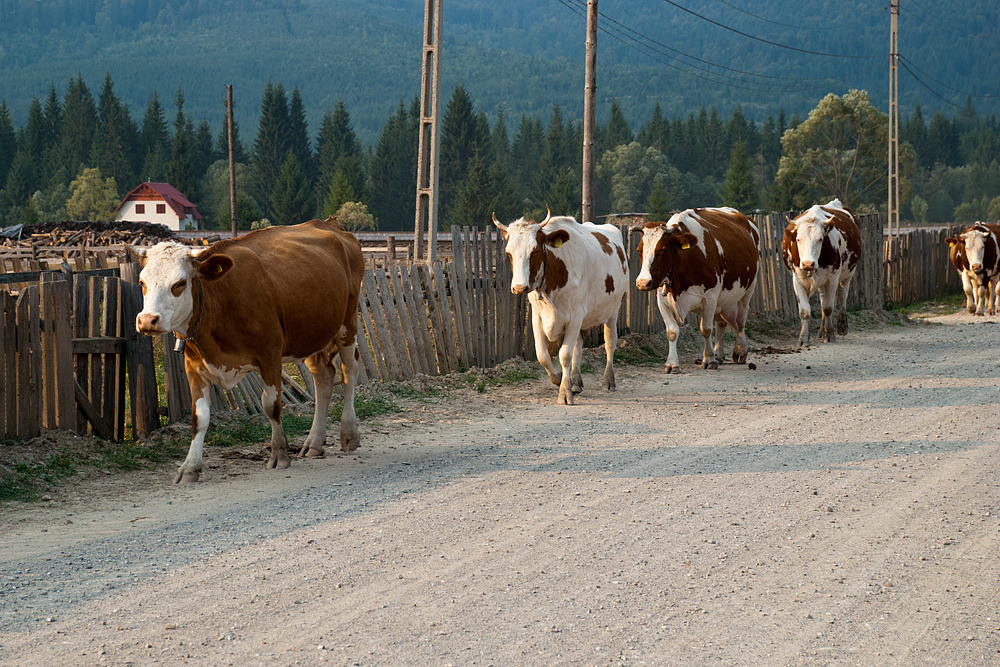 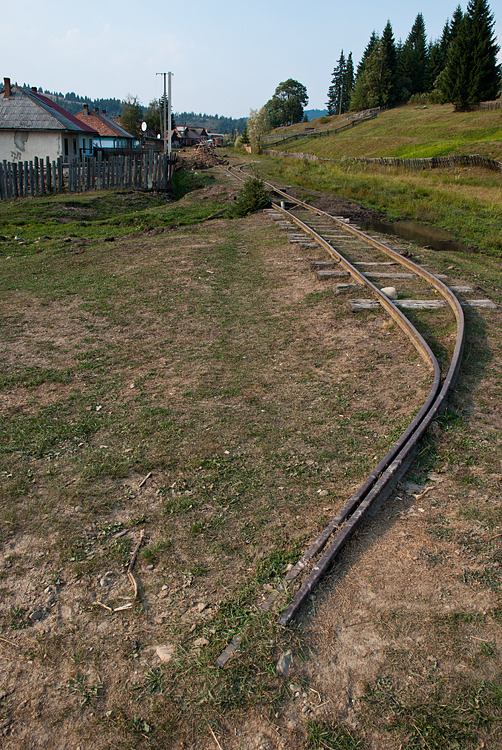 In Comandau, we stocked with supplies (potatoes and sausages) and then we proceeded to our simple but tasty barbecue. 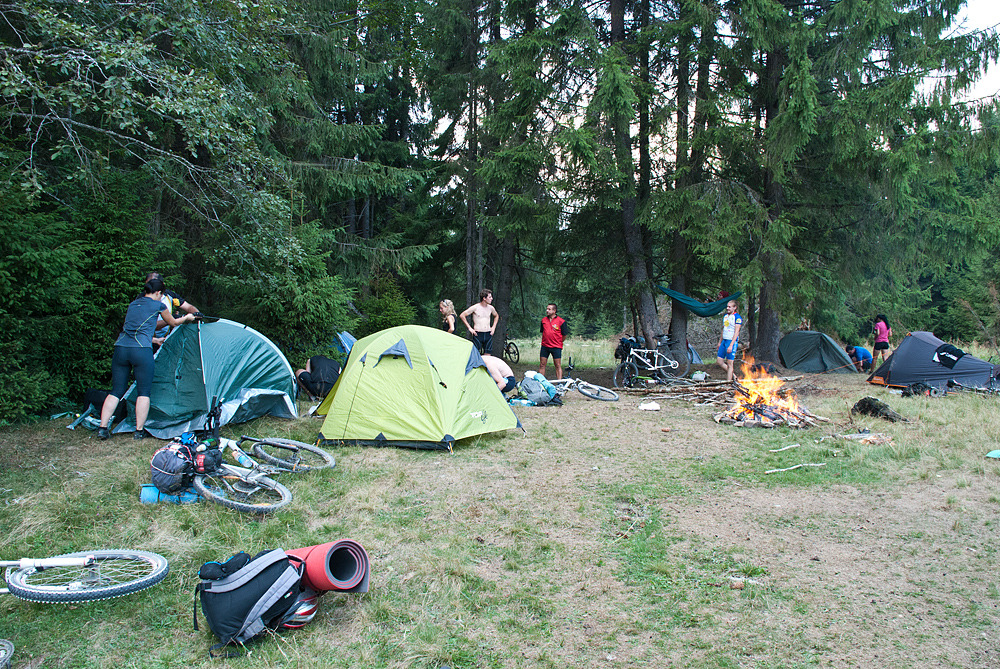 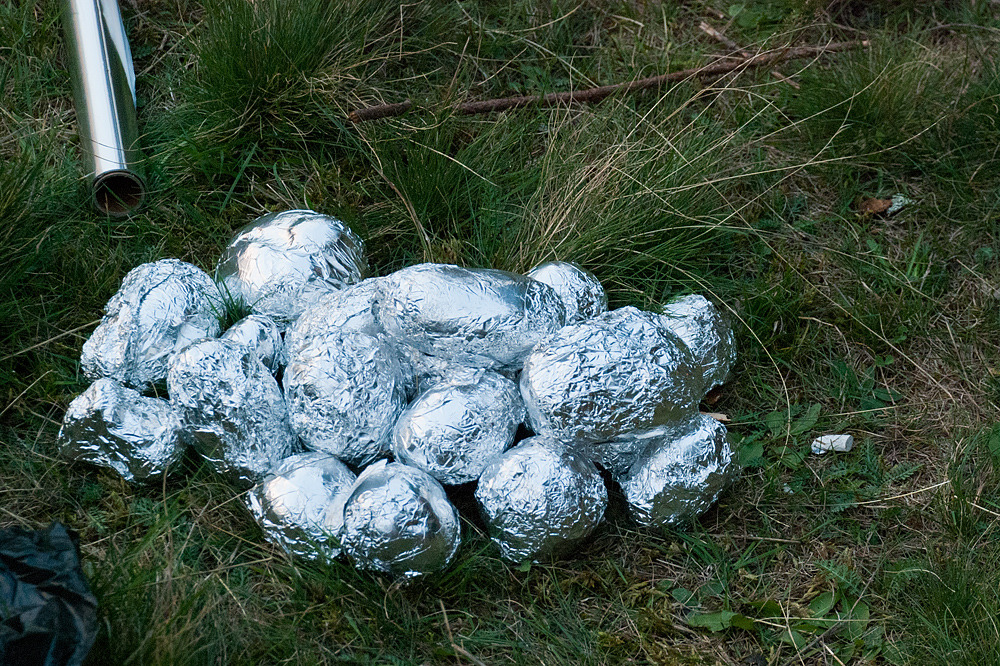 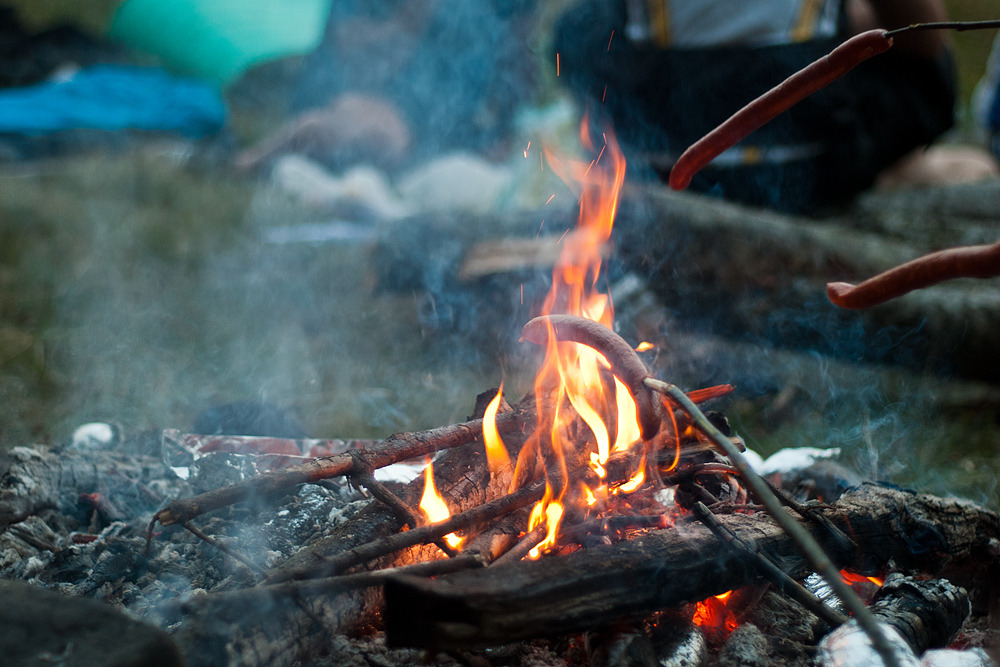 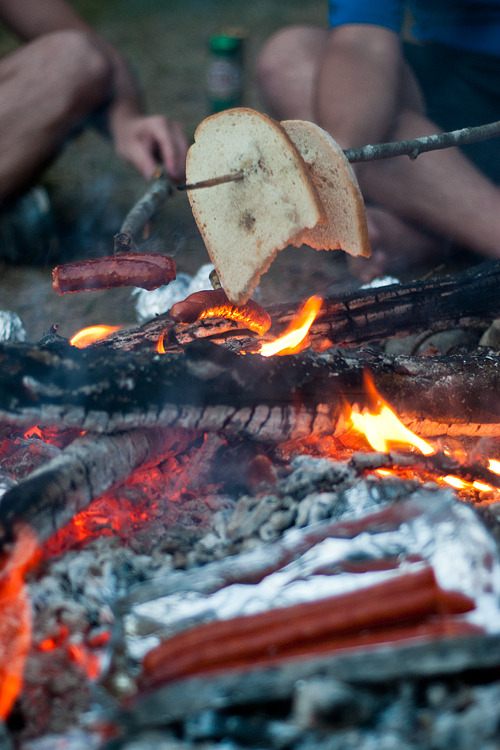