Ometepe is a largish island rising from Lake Nicaragua. It’s formed by two volcanoes, Concepcion and Maderas, connected by a low isthmus. The easiest way to get there is from Rivas. From the bus terminal you have to take a taxi down to the ferry in San Jorge (about 7 km). You’ll have to haggle for the price, as the driver will ask for something like $15. We got it down to about $3 for both of us. Keep in mind taxis here are colectivo – shared. You’ll shake hands on the price, he’ll have you seated in the car, then he’ll go find a couple more people for the ride.

The ferries are two sizes – small and very small. What you see below is the small one. The trip is about one hour. The main town on the island and our base camp for the next two days was Moyogalpa. 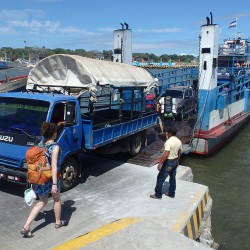 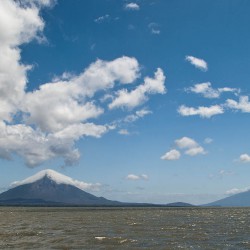 The two volcanoes of Ometepe Island

The island has one main road with an “eight” shape, surrounding each volcano. Only about half of it is paved. It also has an air strip that intersects the road – not a lot of flat space available for both. There are a bunch of little towns and villages sprawled around the island, nothing memorable though.

Things to do? Hike one of the volcanoes – between six and eight hours. There’s also a waterfall somewhere up Maderas Volcano. Kayak and hope to see caimans. It seems there are also sharks in the water, man-eating bull sharks to be more precise. But there are very few left and they don’t like coastal waters (boats disturb them), so it’s considered safe to go for a swim.

We decided to rent a scooter. It was $15 if I remember correctly, from 9 am to 6 pm (when it gets dark). We drove on almost all of the paved roads on the island – twice, forward and back. I think we totaled about 70 km. 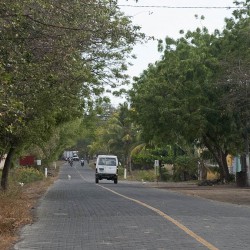 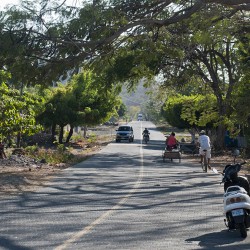 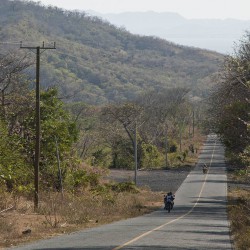 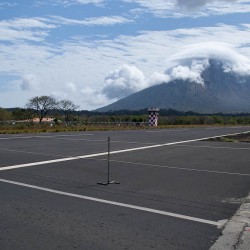 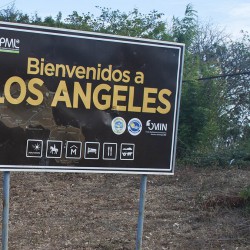 We stopped in several places. We found a nice little vegetarian restaurant where we stopped twice for a smoothie and then lunch. It was on the isthmus, with a nice view towards the beach and Maderas Volcano. Across the street from the restaurant there was a little dogs vs monkeys conflict, with a lot of barking on one side and throwing sticks on the other. Great opportunity for tourists to snap some photos. 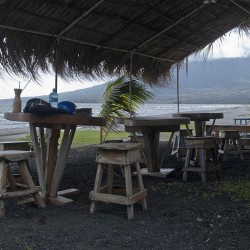 Chilling by the beach 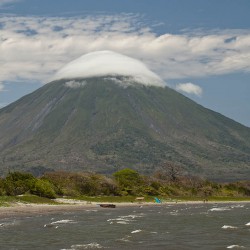 The beach between the volcanoes, looking towards Concepcion 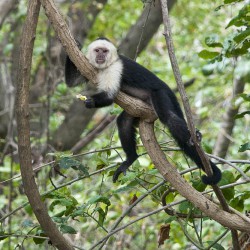 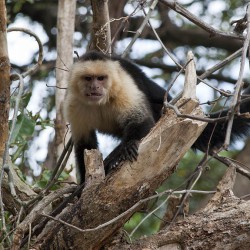 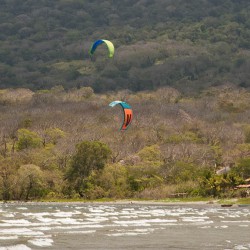 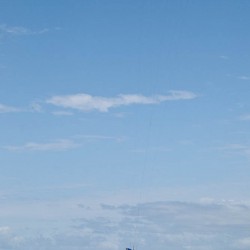 Also stopped at Charco Verde, a little nature reserve around a lagoon. Saw some more monkeys, hundreds of little lizards, birds, as well as some more views of Concepcion Volcano. 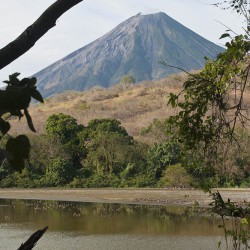 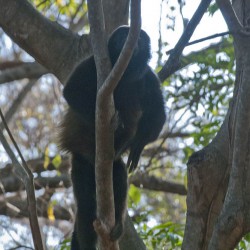 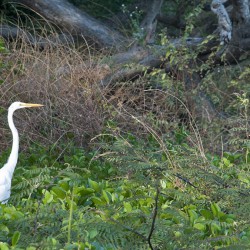 Our last stop before returning the scooter was at Punta Jesus Maria. It’s a narrow strip of sand going into Lake Nicaragua. It’s quite interesting having waves from both left and right. On top of that, we got there just at sunset, with great light and some gorgeous clouds. 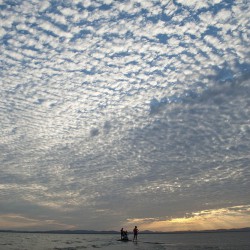 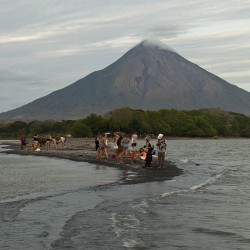 If you think things move slowly in Nicaragua, then Ometepe will feel like standing still. But it’s great if you are able to absorb and enjoy this slowness and tranquility. We enjoyed the safe and empty roads (important for somebody with little scooter experience), the garden in front of our room, the fireflies at night or the omnipresent volcano vistas.