San Juan del Sur is a small resort on Nicaragua’s Pacific Coast. It’s in the South, not very far from the Costa Rican border. But it was completely different from what we’ve seen previously. After The Coastal Challenge, I started taking those palm tree lined beaches for granted. And Montezuma was pretty much on the same lines. But as we moved North across Costa Rica and crossed the border, it became pretty obvious this was the dry season. Everything was parched. Shades of yellow and brown. Forests looked like the ones in Romania during winter. But I was most surprised with the lack of green next to the beaches. With water mere meters away, I was kinda expecting the vegetation there to look less dead.

Anyway, back to San Juan del Sur. You can get there from Rivas, which is sort of a bus hub for the Nicaraguan South East. It’s a short ride. Obviously in a chicken bus. 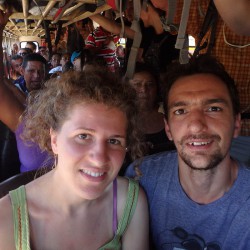 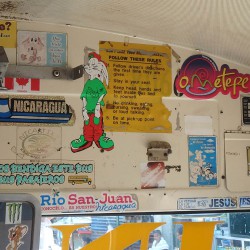 The town is pretty boring. There are some nice restaurants, a bunch of guesthouses, surf shops, but I felt something was missing. The fact there’s no vegetation whatsoever near the beach (only restaurants and hotels all around) renders it unusable given the scorching sun. 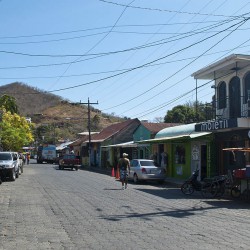 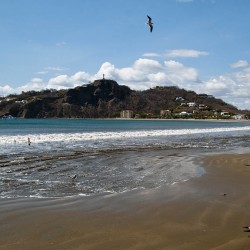 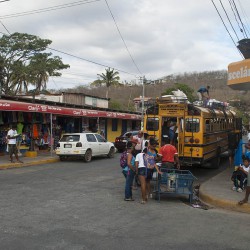 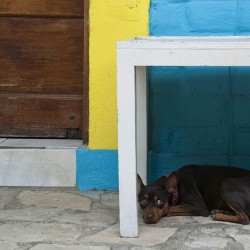 So why is this the number one beach resort in Nicaragua? It’s simple: because of the surf. We took a bus (actually a converted truck) to Playa Maderas. The return ticket was $5 and the trip took about 30 minutes. We saw some monkeys along the way, although I’m curious what they’re eating in this scorched forest.

The beach was pretty cool. Lots of surfers, from beginners to intermediate. A couple of restaurants with decent food and reggae music. Still with an injured foot, mostly sat, read and enjoyed the atmosphere. Took a shot at surfing photography, but I wasn’t able to position myself appropriately, so I didn’t get any cool shots. 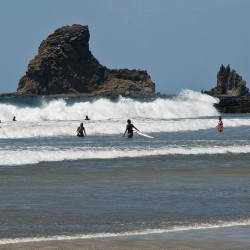 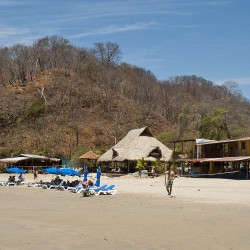 A couple of restaurants and some huts 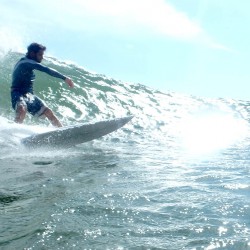 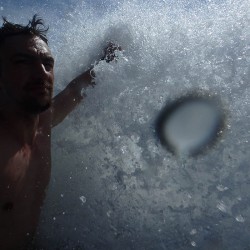 .. but mostly got thrashed by tens of waves