When people think of Thailand, photos of tropical beaches surrounded by lush vegetation are probably the first things that pop in their heads. That sort of image is not something you find in Phuket. So we set off to the islands of Koh Phi Phi.

We booked the ferry ticket online, along with pick-up service from our guesthouse. Sure enough, around 7am, a van came and took us to the harbour. The ferry was packed full with tourists. We found a nice place to stay on the ship’s bow (Titanic style). 2 hours later, the ship reached the island of Phi Phi Don. 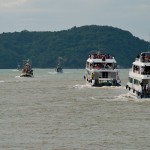 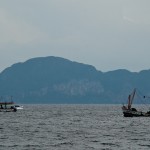 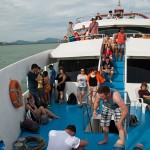 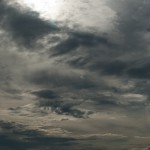 Phi Phi Don is the largest island of the Koh Phi Phi archipelagos. It is large enough to support permanent inhabitants. The second largest island, Phi Phi Lee, is what made this area famous (but about that in a later post).

The village on Phi Phi Don has no roads, no cars. No scooters. No tuktuks (HORAY!). It felt weird not hearing that constant scooter buzzing noise. People get around by foot or bike. They use carts to carry stuff.

The inhabitants of the island were.. peculiar. The island didn’t feel Thai. We stopped at a Mexican restaurant. Our waiter spoke English in a strong (Australian?) accent. Across the street we saw a bookstore with second hand English/German/French/Dutch/.. books. Yes, we enjoyed the vibe of the island.

The village is bounded by two beaches and a mountain. The southern beach is the one with the harbour and big boats. The northern one is with the beach bars. We stayed in a bungalow up the side of the mountain. The room was simple: bed, fan, table, little lizard on the ceiling. Plus a great view of the island 🙂 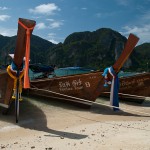 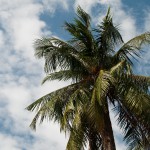 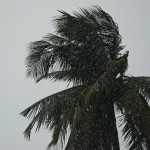 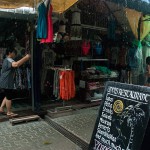 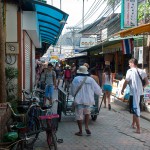 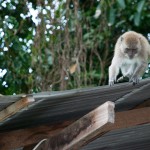 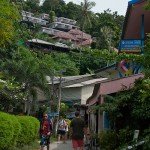 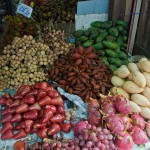 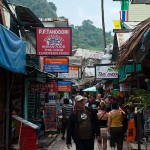 I’ve mentioned the bars on the northern beach. This is the place to be at night. When it gets dark, each bar starts its own fire show. There were about 4 of them along 300 meters of beach. The shows last about 1h – 1h30′. They are followed by fire limbo and fire rope jumping. (It’s incredibly entertaining seeing drunken people trip over a fire rope [nobody got hurt!].) By that time, everybody is warmed up and the parties begin. 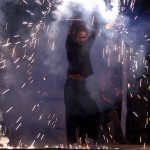 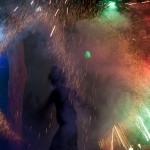 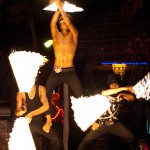 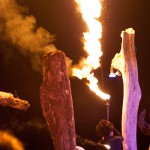 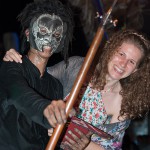 Yet, since I’m the geeky photographer type, I had to go to sleep early. Couldn’t miss the sunrise! At 6am we were on the beach again. Unfortunately, the sky was cloudy and I didn’t get the sunrise I hoped for. 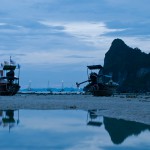 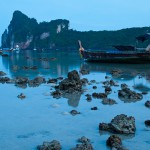 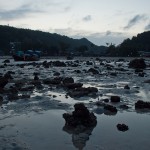 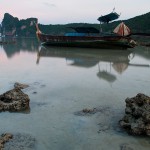 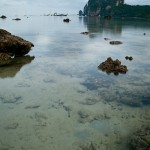 Another attraction of the island is the viewpoint on top of the mountain. There’s a 20 minute walk to the top and it’s not very pleasant considering the high air humidity. But it’s all worth it: 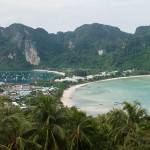 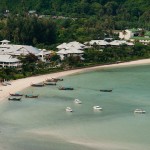 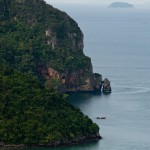 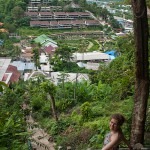 Yes, we really enjoyed our stay on the island.