Day 7
Went running in the morning up a hill nearby. Found the trail thanks to the guy taking care of the cemetery – “Don’t worry about those barbed wire fences, just jump them, nobody cares. There’s the boy scout monument on top of the hill. I like to climb up that side and get down the other.”

Entered Utah, one of my favorite US states. Drove a couple scenic roads – in Utah, most roads are scenic roads. First we did the Logan Canyon. Ok, but not awesome. Then we went on the Nebo Loop. This one was pretty cool. The view from Devil’s Kitchen reminded us of Bryce. The atmosphere wasn’t very clear – full of smoke from a recent fire to the west. Another fire, this time to the east, was barely visible in the distance. 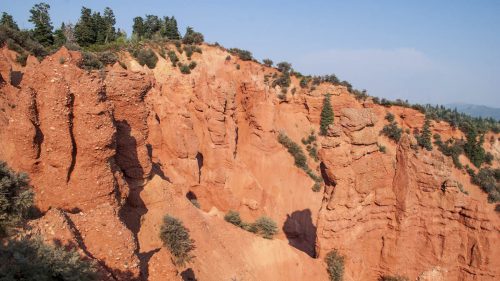 Ate at a … weird restaurant. They had no waiters. Instead, when you were ready to order, you had to use the phone on the table. They’d later call you back to pick up your food. Despite being antisocial and not a big fan of human interaction, this was too extreme even for me. 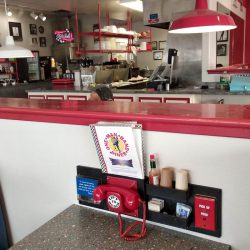 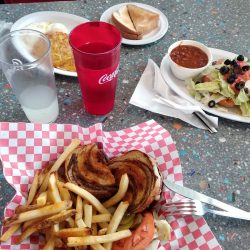 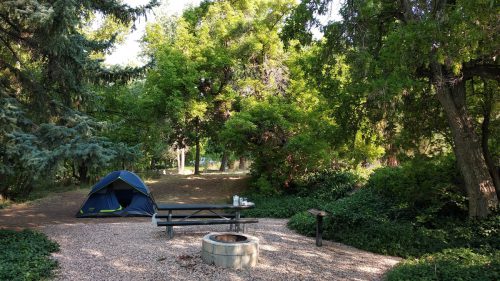 Day 8
Started the day with another scenic road. And it seems we weren’t the only ones. Today’s stage of The Tour of Utah would be following the same route. So we stopped our car just before the end of the climb and enjoyed a watermelon while we waited for the cyclists. 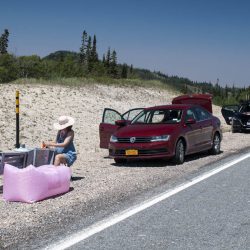 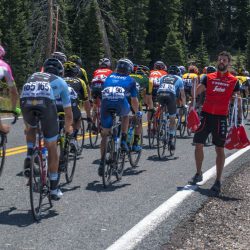 After the 3 guys leading on the climb, the peloton, the many small groups of dropped riders, the police cars and motorcycles, the camera motorcycles, the support vehicles, the official vehicles, the ambulances and the helicopter passed, we also went on our way. Our next stops were the overlooks within Cedar Breaks. All those guys in the race passed by these places without getting the chance to stop and enjoy the view. What a shame. 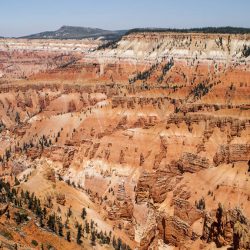 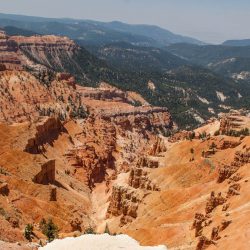 Then we got to see the cyclists again. Didn’t want to, but they were coming back our way and we had no choice. Later we found out there was a Romanian competing – Serghei Tzetcov – ranked 7th at the moment. 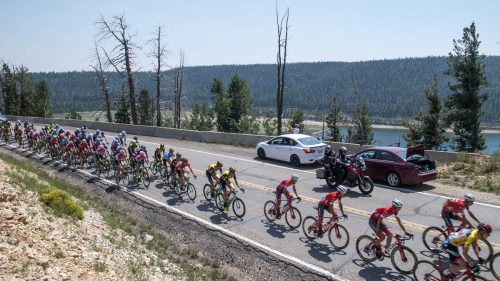 Stopped for the night in Kanab. Lovely little town, despite the 100 degrees F shown in the car’s dashboard (which translate to 52 degrees C or something). And what better activity during such a weather than a little trail running? Alas, it did cool off to 92 degrees F by the time I was done (that’s like 47 degrees C, right?). Followed the Cottonwood Trail, theoretically flat, but actually with a rolling hills profile. Few markings, but pretty visible and easy to follow. 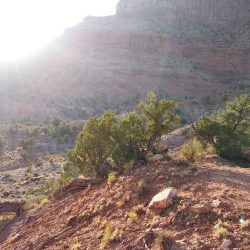 Served dinner at a nice little restaurant with an anti-American cuisine. And by anti-American I mean it was vegetarian – in a country that uses a third of its surface as pastures for cattle. Really enjoyed this change from the usual “burger with fries” or “eggs with hashbrown” that I end up eating most of the time.