The queen is dead, long live the queen! After bringing home my new bike, I wanted to properly introduce her to the mountains of Romania. I already knew the best place for this: the legendary Fagaras ridge trail. Not all of it obviously, but I read the Eastern side is suitable on a bike.

I planned a route starting from the city of Fagaras. Got there by train on Friday night. Enjoyed a hearty dinner, slept and started biking Saturday morning.

The section from Fagaras to Viștișoara was a series of dirt roads, with a stop for breakfast in Sâmbăta. From Viștișoara I started the climb up Vistea Mare Valley. The first part, up to 900 m elevation, was the ubiquitous exploitation road. 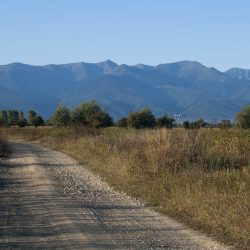 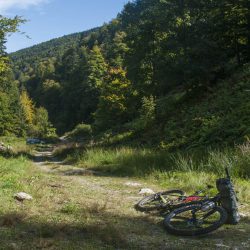 Right after hitting the trail I had to throw Kenosha on my back and scramble around and over the river bed on some gnarly sections. I expected the trail to be difficult, but I must admit this exceeded my expectations.

But the truly fun part came from around 1600 meters of elevation. Steep and steeper. Climbed with the bike hanging from one shoulder for a couple of minutes, then shifting it to the other shoulder. Slowly I made my way up this wall of a climb. The longest, toughest, hardest hike-a-bike I’ve ever done. I kinda knew it was going to be long and slow when I plotted the track. I guess I’m a masochist. Glad I didn’t bring anybody else with me – this type of climb isn’t for most people, not just physically, but also mentally. At least I got to shake hands with the president of Romania. Yeah, you heard me. Mister Iohannis was coming down Moldoveanu Peak in what looked like a 10+ hour hike. Not bad. 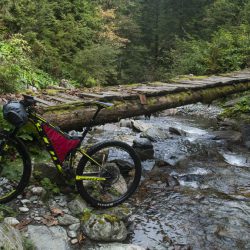 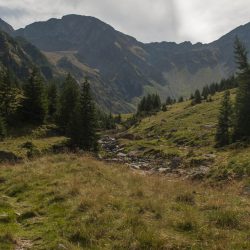 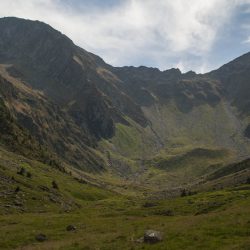 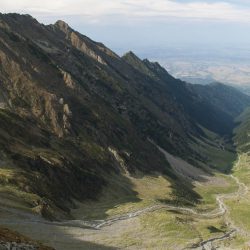 Got on the Fagaras ridge. Lots of people going up and down Vistea and Moldoveanu. I went the other way, towards the shelter in Fereastra Mica a Sâmbetei. 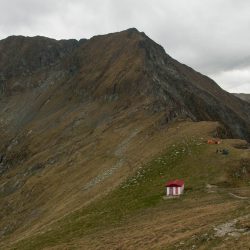 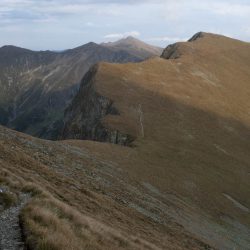 So can you bike the trail between the shelters of Vistea and Sâmbăta? Answer: no. Well, I did bike perhaps 200 meters. I don’t think you can go a lot further than that though.

It rained a little during the night and in the morning. Finally got out of my sleeping bag when I heard the rain stop. The weather outside was mostly cloudy and a little cooler than yesterday. And “cloudy” suits the Fagaras Mountains just perfect. 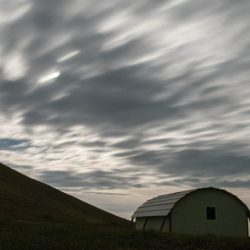 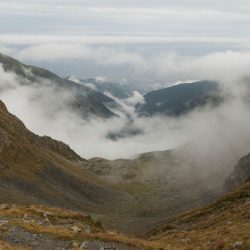 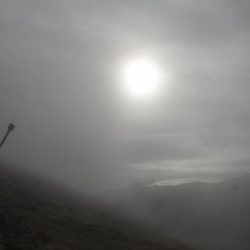 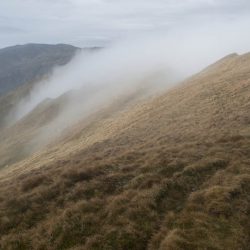 Had to push the bike up to around Cheia Bandei Peak. From there, the trail gradually became ridable and my speed (and mood) improved. The trail was still challenging, but it was also fun. I definitely have to come back here again. 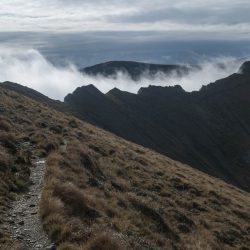 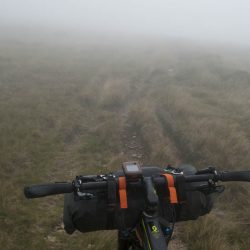 Got down to Rudarita on the same exploitation road/ stream bed as 2 years ago. Ended up biking all the way to Brasov, as it was faster than waiting for the train in Zărnești. 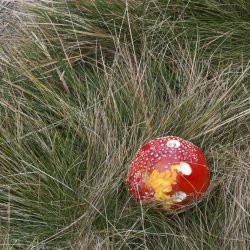 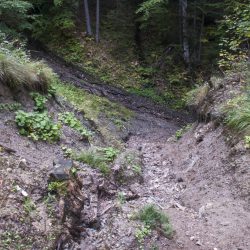