Let’s pick up the story from where we left off. We were in the (in)famous Patong resort, in Southern Thailand. We’ve already been on a day trip to Khao Lak and a self organized trip to Phi Phi Don and Phi Phi Lee.

For Khao Lak, we bought the trip from one of the many booths strategically places every 20 meters or so all around Patong. We even managed to negotiate the price a little (300 baht, I think), down to 2400 baht (~65 euro) per person.

Afterwards, we met a Romanian couple. They told us how they negotiated the price for another day trip down to 1000 baht. That was hard to believe. So we went with them and arranged for another day trip. Using a very limited English dictionary (pretty much repeating “No money” lots of times), they managed to get 4 tickets for 1000 baht each (down from around 2700).

So next morning, at 7 am, we were waiting in the lobby for the minivan to pick us up. Around that time, Patong is swarming with minivans. Hotel pickup is offered for pretty much everything. And that’s to be expected, considering public transport is limited to one bus line, with an undisclosed timetable and no fixed stop point (you just wave at it when you see it).

As we were waiting, a minivan finally stops in front. The driver comes in and starts saying “Gibon, gibon!”. I ask “Is this the trip to Phang Nga?”, but he continues with his “Gibon!”. I got the feeling he didn’t know a lot of English. I show him our tickets (just plain printed paper). With barely a glance at them, he continued with “Gibon”, while pointing at the minivan and urging us in. Oh, well… let’s go.

He drove us to a little harbor in a remote area, somewhere on the other side of Phuket. On the drive there, we finally cracked the “Gibon” riddle. Phang Nga Bay, our destination, is famous for its tens of limestone islands, with their cliffs and caves. A few scenes from the movie “The Man with the Golden Gun” (in the James Bond series) were filmed here, featuring a peculiarly shaped rock. Nowadays, that rock is heavily promoted as James Bond Island. Or Gibon, as Thais like to say it. 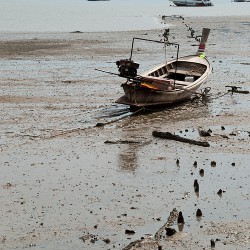 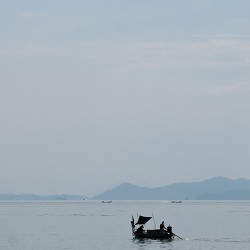 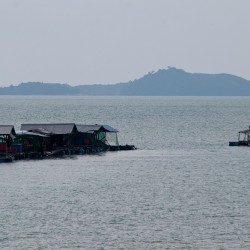 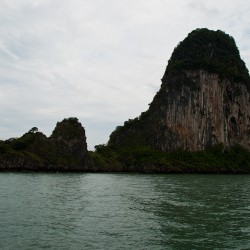 Our first stop was for a little kayaking. We went inside a cave, got to the center of the island, completely surrounded by stone walls, and got out through another cave: 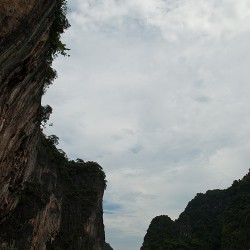 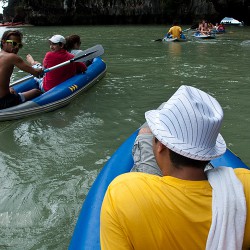 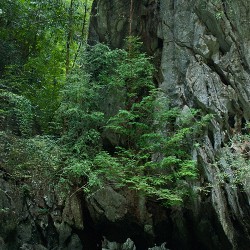 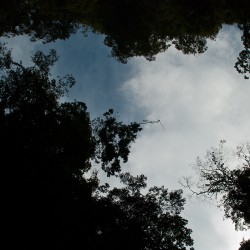 Inside the island walls 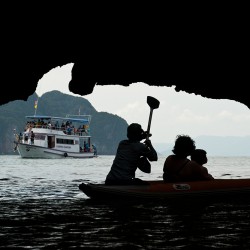 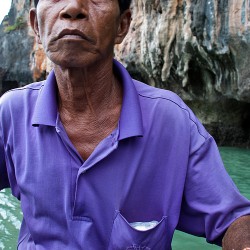 Our next stop was James Bond Island. Like every major tourist attraction in Thailand, it’s swarming with tourists. Like every stop in an organized tour, you’re “set free” for 30 minutes, so you can roam around and do your facebook photos, before getting on the long tail boat again and being taken back to the ship. 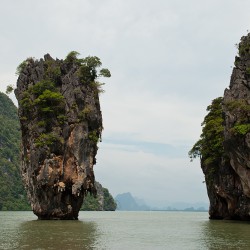 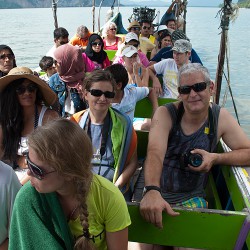 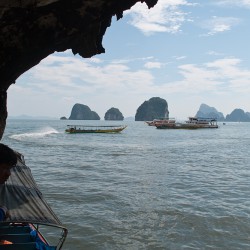 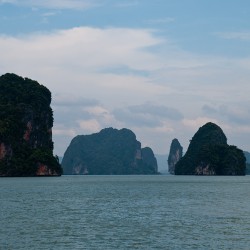 I generally enjoy more secluded places, like this little beach. You can’t do any sunbathing there, since the sun is blocked most of the time by a wall. But you can paddle around in a kayak. 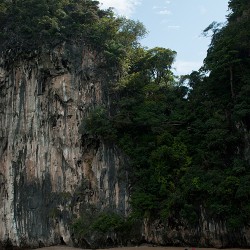 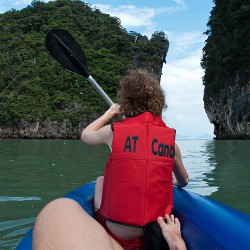 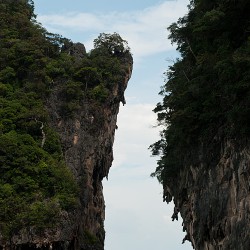 Our final stop was for another cave. This one was a little trickier than the first one. The entry point was very narrow. We had to lie as flat as possible inside the kayak, watching out (a little irony here; it was pitch dark inside) so we wouldn’t scrape our knees on the cave roof. Eventually, we made it in and discovered a shallow lake, complete with mangroves. Perfect for some facebook photos! 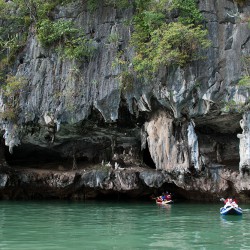 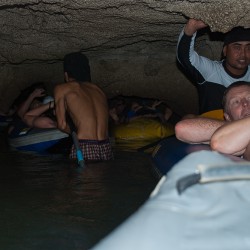 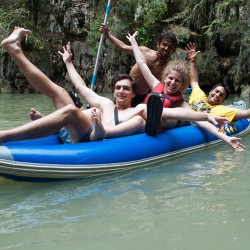 During the return trip, the guides had a little ritual. They called (whistled to) the eagles, while throwing some pieces of meat in the sea. Sure enough, the eagles appeared and found the food. 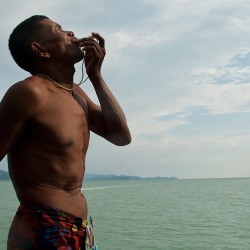 Calling for the eagles 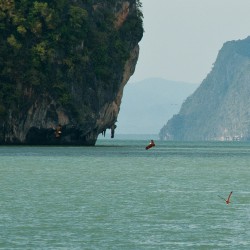 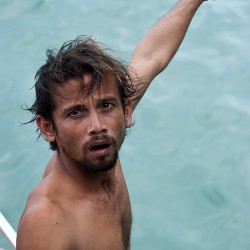